50 facts about Mélanie Laurent: loves France, her street, her café, and not having to use a car
Share Tweet Email 0 Comments
NEXT> 50 facts about James Brolin: father of actor Josh Brolin and husband of singer/actress Barbra Streisand
Thursday, August 13, 2020
STAY CONNECTED WITH US

50 facts about Mélanie Laurent: loves France, her street, her café, and not having to use a car 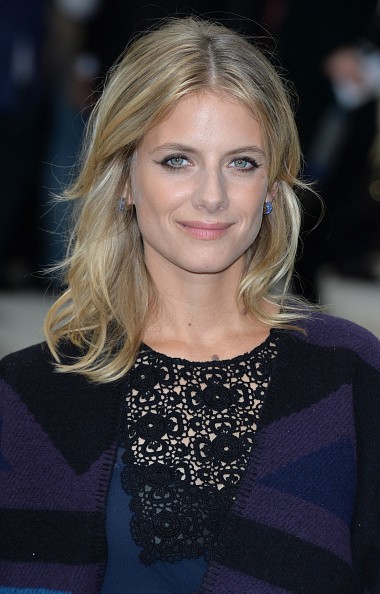 2. She initially rose to prominence for her performance in the 2006 French drama film Don't Worry, I'm Fine.

3. For her role Don't Worry, I'm Fine she later won the César Award for Most Promising Actress and the Prix Romy Schneider as well.

5. For Inglourious Basterds she won Best Actress from the Online Film Critics Society and the Austin Film Critics Association.

6. She starred in one of 2013's top-grossing Hollywood films, Now You See Me.

7. Laurent's other notable works include Dikkenek, a Franco-Belgian comedy film for which she won étoiles d'Or for Best Female Newcomer, French war film Days of Glory, Cédric Klapisch's Paris with an ensemble cast, The Round Up, a French movie depicting the true story of a Jewish boy amidst the Vel' d'Hiv Roundup, Mike Mills' comedy drama Beginners, comedy drama Et soudain, tout le monde me manque for which she won the Best Actress Award at the Newport Beach Film Festival.

8. For the role in Beginners she was nominated for the Best Supporting Actress category at the San Diego Film Critics Society Awards.

9. She served as narrator for French-American nature documentary Wings of Life.

10. In addition she has acted in a number of French movies receiving numerous accolades including the étoiles d'or du cinéma français (Gold Star of French Cinema).

11. In her first theater appearance Laurent teamed up with French theatre director Nicolas Bedos and shared the stage with actor Jérôme Kircher in 2010 for Promenade de santé.

12. Apart from her acting career, she has also directed French movies such X Femmes, a short-film series, and Respire, an adaptation of Anne-Sophie Brasme's novel of the same name that screened in the International Critics' Week section at the 2014 Cannes Film Festival.

13. She made her singing debut with a studio album En t'attendant in May 2011, the album contains twelve songs.

14. Five songs from her album En t'attendant are co-written and co-produced by Irish folk musician Damien Rice. The album peaked at no. 22 and no. 35 at the Belgian Albums Charts and French Albums Charts respectively.

15. Laurent was born in Paris.

16. Her mother Annick was a ballerina.

17. Her father Pierre Laurent is a voiceover actor.

18. She is Jewish, of both Ashkenazi (from Poland) and Sephardic (from Tunisia) ancestry.

19. Her grandfather survived deportation by the Nazis.

21. She grew up in the 9th arrondissement of Paris, and was immersed in the arts from birth.

22. Laurent's acting career began when actor Gérard Depardieu, seeing her while she watched her best friend's father working on the set of Asterix and Obelix, asked her if she wanted to be in films. Laurent replied, "Why not?" and the next week his assistant called her.

23. Gérard Depardieu strongly advised her not to take drama classes because, according to him, she already had the necessary skills.

24. When Laurent was 16, Depardieu gave her a part in The Bridge, a drama he starred in and co-directed with Fréderic Auburtin.

27. Playing a depressed 19-year-old who longed for her lost twin brother, she starred in Philippe Lioret's I'm Fine, Don't Worry, for which she won a César Award for Most Promising Actress as well as the Prix Romy Schneider her first major breakthrough.

28. In 2006, Laurent and Belgian actor Jérémie Renier were awarded France's Romy Schneider and Jean Gabin Prizes for "most promising actor and actress."

29. She also starred in Franco-Belgian cult film Dikkenek, a comedy film directed by Olivier Van Hoofstadt for which she received étoiles d'Or for Best Female Newcomer.

30. In 2007, she appeared in films including Le tueur and Hidden Love. She received a nomination at Lumières Award for Best Actress for her performance in La Chambre des morts.

31. In 2008, Laurent appeared in Paris, a multi-starer French film by Cédric Klapisch concerning a diverse group of people. The movie has an ensemble cast including Laurent, Juliette Binoche, Romain Duris, Fabrice Luchini and François Cluzet.

32. Laurent directed and wrote De moins en moins, which was nominated for Best Short Film at the 61st Annual Cannes Film Festival. It is a 7-minute film about a patient who, in front of her psychiatrist, "remembers less and less".

33. Laurent was in a long-term relationship with fellow French actor Julien Boisselier which ended in 2009.

34. She describes recording artist Damien Rice and filmographer Quentin Tarantino as two "masters" in terms of their art.

37. Laurent has visited a Climate Defenders Camp in the peatlands of the Indonesian Rainforest with Greenpeace activists.

38. She is one of the Climate Ambassadors for Kofi Annan's Global Humanitarian Forum "Tck Tck Tck" Campaign.

39. Laurent has also joined the campaign against overfishing on the invitation of the Blue Marine Foundation, and was cast for the voice-over of documentary The End of the Line.

40. She was one of the leading celebrities of the campaign Fish Fight France, which aimed (and succeeded) at citizens asking for a new European law lowering the level of fish discards in European seas.

41. Rather than go on to work on a big budget American movie after Inglourious Basterds, her next role was in a small theater piece in France.

42. Laurent has written and directed movies and in an interview with Indiewire admitted she loves writing: "[Writing is] especially super exciting because you have everything to do and most of your ideas come from that first part... you just imagine things, and you imagine actors."

43. She described the shooting process as "the fun part" because of "working with people I love-it's always a great human moment because we're sharing things and it's good to see people who are here for you and your story, to tell your story. It's really beautiful, it's why I love making movies." She also mentioned that as a writer-director she enjoys that "you don't wait for the desire of someone else".

44. Laurent was scheduled to direct her first play, Mi-cuit cœur pistache (the name of a dessert she particularly likes) in January 2009 at the Théâtre Marigny in Paris. She had to abandon the project during the preparations and rehearsals when she was cast as Shoshanna Dreyfus in the Quentin Tarantino film Inglourious Basterds alongside Brad Pitt, Diane Kruger and Christoph Waltz. It was a French-language role for which she learnt to speak English for a few scenes.

45. Laurent was scheduled to direct her first play, Mi-cuit cœur pistache (the name of a dessert she particularly likes) in January 2009 at the Théâtre Marigny in Paris. She had to abandon the project during the preparations and rehearsals when she was cast as Shoshanna Dreyfus in the Quentin Tarantino film Inglourious Basterds alongside Brad Pitt, Diane Kruger and Christoph Waltz.

47. Laurent was the hostess of the opening and closing ceremonies of the 64th Cannes Film Festival.

48. Laurent was next cast in Angelina Jolie's By the Sea, an upcoming American drama film both directed and written by Jolie. The movie also stars Jolie and Brad Pitt.The film is scheduled to be released on November 13, 2015, by Universal Pictures.

49. Laurent explained in 2009 that she doesn't have ambitions to be a crossover actress.

50. She loves France, her street, her café, and not having to use a car.