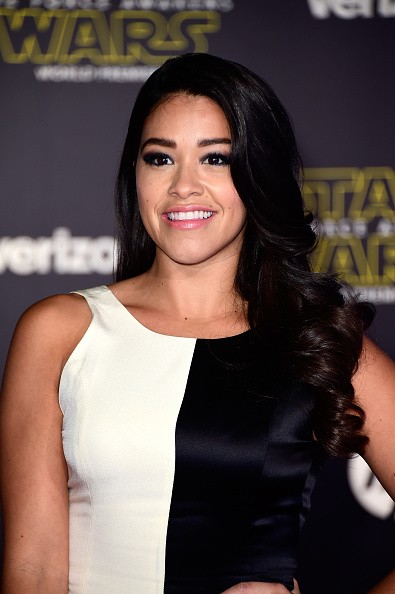 At the age of seven, Rodriguez performed at the salsa dance company Fantasia Juvenil. 40 facts you missed about actress Gina Rodriguez.

1. Gina Rodriguez is best known for her roles as Majo Tenorio in musical drama film Filly Brown, as Beverly in the soap opera The Bold and the Beautiful, and as Jane Villanueva in the CW comedy-drama series Jane the Virgin.

2. She won a Golden Globe Award.

3. Rodriguez was born in Chicago, Illinois.

4. She is the youngest daughter of Puerto Rican parents.

5. Her father Genaro Rodriguez is a boxing referee.

6. She is the youngest of three sisters.

7. At the age of seven, Rodriguez performed at the salsa dance company Fantasia Juvenil.

9. She also has Jewish heritage in her family.

10. She continued dancing salsa until age 17.

11. At the age of 16, she was among thirteen teenagers to be accepted into Columbia University's Theatrical Collaboration.

12. She attended NYU's Tisch School of the Arts.

13. She had four years of training at the Atlantic Theater Company and Experimental Theatre Wing, graduating with a Bachelor of Fine Arts degree in 2006.

14. She portrayed Frida Kahlo in the world premiere of Casa Blue in the United Kingdom in the play called The Last Moments in the Life of Frida Kahlo at the American Stage Theatre.

15. On October 19, 2011, Rodriguez landed the recurring role Beverly in the soap opera series The Bold and the Beautiful.

16. She received a role in the musical film Go for It!.

17. For her role in Go for It!she received a 2011 Imagen Awards nomination.

18. She appeared in Filly Brown, for which she won an Imagen Award.

19. She also was the recipient of the Best Actor Award at the First Run Film Festival in New York.

21. On April 16, 2013, during an interview, she revealed she was offered a role in the Lifetime television series Devious Maids, but had turned it down.

24. On February 23, 2014, Entertainment Weekly announced that Rodriguez would play the titular role of Jane Villanueva in Jane the Virgin.

25. On June 4, 2014, Rodriguez joined the cast of the upcoming drama film Sticky Notes.

27. Her older sister, Ivelisse Rodriguez Simon, is an investment banker.

28. Her middle sister, Rebecca, is a doctor.

30. In an interview, Rodriguez revealed that she had suffered from a thyroid condition since the age of 19.

31. Rodriguez has been increasingly involved with various charities and philanthropic efforts, made possible by her rising visibility as a film and television actress.

32. Most notably, she became involved with various organizations in 2015, ranging from CustomInk to Naja Lingerie, all of which Rodriguez has stated have a special connection to her life and experiences.

33. On March 16, 2015, she was announced as a new member of the HSF's (Hispanic Scholarship Fund) Board of Directors. The HSF is the United States' biggest non-profit organization which supports Hispanic American higher education.

34. Because attaining an education was the biggest priority in Rodriguez's household, coupled with her determination to work towards a degree, she was able to work towards receiving a HSF scholarship.

35. For her placement on the Board of Directors, Rodriguez will help to support HSF in a matchless and meaningful way, therefore making sure that HSF's mission will continue to support the original values and commitment to education. Rodriguez has stated that this is a great opportunity to say thank you [to the HSF] and to help open doors for Latino students to follow.

36. Later in 2015, PACER's (The Parent Advocacy Coalition for Educational Rights) National Bullying Prevention Center teamed up withCustomInk and enlisted the help of various celebrities, Rodriguez among them, to raise money for their fifth annual "Be Good to Each Other Campaign". Throughout the month of October 2015, people were encouraged to purchase a celebri-tee from CustomInk, who would donate all the proceeds from bullying prevention t-shirts to PACER.

37. Rodriguez, in designing a celebri-tee which featured the phrase "Kindness Is Always In Style" in cursive print, took a stand for kindness, acceptance, and inclusion in support of bullying prevention, and stated that her parents always taught [her] the power of thinking positively and treating others with respect. She also hopes that through the Be Good to Each Other Campaign, such a message could be continued to be spread to younger generations.

38. Also in October 2015, Rodriguez was announced as a partner of Naja, a lingerie line founded in 2014 with major ambitions to help women and the environment. Because Naja is vertically-integrated, thereby shortening manufacturing lead times by up to eighty percent", it allows the company's savings to go towards school books, lunches, and uniforms for employees' children, and there's also an emphasis on a flexible work environment.

39. Having seen the hardships of single mothers through a close friend from college, Rodriguez wanted to support Naja that primarily employed single mothers and allowed them to work from home and provide for their families.

40. She also cites Naja's commitment to creating lingerie for women of all shapes and sizes and encouraging body confidence as a factor for becoming involved with the lingerie line; admitting that it was a process for her to fall in love with her own body, Rodriguez also spoke on the importance of empowering women to love their own bodies and what they wear.