50 facts about country music singer Loretta Lynn
Share Tweet Email 0 Comments
NEXT> 50 Facts About Jet Li: He started to learn martial arts at the age of eight
Saturday, March 28, 2020
STAY CONNECTED WITH US 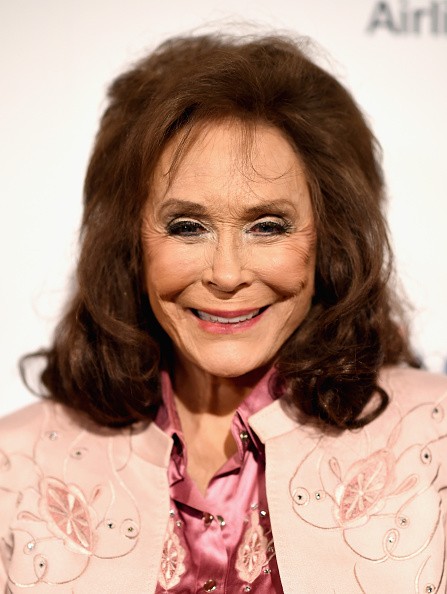 In 1980 she was the only woman to be named "Artist of the Decade" for the 1970s by the Academy of Country Music. Here are 50 facts about country singer Loretta Lynn.

2. Loretta is the second of eight children.

5. She has received numerous awards and other accolades for her groundbreaking role in country music, including awards from both the Country Music Association and Academy of Country Music as a duet partner and individual artist.

6. She remains the most awarded female country recording artist.

8. Life together with her husband helped inspire the music she wrote.

10. She taught herself to play guitar.

11. Worked to improve her guitar playing and with Doolittle's encouragement started her own band, "Loretta and the Trailblazers", with her brother, Jay Lee, playing lead guitar.

12. She often appeared at Bill's Tavern in Blaine, Washington, and the Delta Grange Hall in Custer, Washington, with the Pen Brothers' band and The Westerneers.

14. She became a part of the country music scene in Nashville in the 1960s.

16. Lynn focused on blue-collar women's issues with themes about philandering husbands and persistent mistresses, inspired by issues she faced in her marriage.

17. She pushed boundaries in the conservative genre of country music by singing about birth control ("The Pill"), repeated childbirth ("One's on the Way"), double standards for men and women ("Rated "X""), and being widowed by the draft during the Vietnam War ("Dear Uncle Sam").

18. Country music radio stations often refused to play her music, banning nine of her songs, but Lynn pushed on to become one of country music's legendary artists.

19. Lynn and contemporaries like Tammy Wynette provided a template for female artists in country music to follow.

21. Her recent album, Van Lear Rose, released in 2004, was produced by fellow musician Jack White; Lynn and White were nominated for five Grammys and won two.

22. She was inducted into the Nashville Songwriters Hall of Fame in 1983.

26. Her most recent honor is the 2013 Presidential Medal of Freedom from President Barack Obama.

29. Lynn has recorded 70 albums, including 54 studio albums, 15 compilation albums, and one tribute album, and has sold over 48 million albums worldwide in her career.

30. She was named after film star Loretta Young.

32. Patty Loveless, born Patricia Ramey, is related to Loretta on her mother's side, as is Venus Ramey, Miss America 1944.

33. Lynn was born and raised in Butcher Hollow, Van Lear, Kentucky, a mining community near Paintsville.

34. Her mother was of Scots-Irish and Cherokee ancestry.

37. A year later the couple left Kentucky and moved to the logging community of Custer, Washington, while Lynn was seven months pregnant with the first child.

38. The Lynns had three children by the time Loretta was 19 and she gave birth to their fourth child, Cissie, by age 20.

39. The Lynns had six children altogether.

42. Before her marriage, she regularly sang at churches and in local concerts in Butcher Hollow and sang continuously to her younger siblings.

43. After marrying, she stopped singing in public, focusing on family life. She passed her love of music on to her children, often singing to them around the house, singing the hymns her mother taught her such as "The Great Titanic" and "In The Pines".

44. Although the Lynns were married for almost fifty years (Doolittle died on August 22, 1996) and had six children, their marriage was reportedly rocky. In her 2002 autobiography, Still Woman Enough, and in an interview with CBS News the same year, Lynn recounts how her husband cheated on her regularly and once left her while she was giving birth.

45. In 2006 Lynn underwent shoulder surgery after injuring herself in a fall. There were complications during the procedure and she had to be revived by doctors. The surgery was successfully completed later.

47. She has had ten Number 1 albums and sixteen Number 1 singles on the country charts.

48. In 1972 Lynn was the first woman named "Entertainer of the Year" by the Country Music Association, and is one of six women to have received CMA's highest award.