28 Interesting Facts That You Didn't Know About Watermelon: Watermelon fruit is 91% water and has many health benefits such as fighting cancer
Share Tweet Email 0 Comments
NEXT> Top Best 5 apron kitchen sink for sale 2016
Tuesday, July 07, 2020
STAY CONNECTED WITH US

28 Interesting Facts That You Didn't Know About Watermelon: Watermelon fruit is 91% water and has many health benefits such as fighting cancer 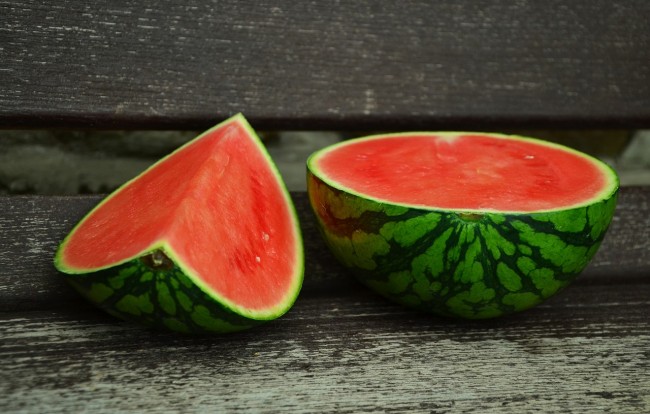 1) Watermelon is a vine-like flowering plant that originally came from southern Africa.

2) In the 19th century, Alphonse de Candolle thought the watermelon to be indigenous to tropical Africa.

8) Watermelon is now the most eaten melon in the US.

9) Today, more than 300 watermelon varieties are cultivated in the US and Mexico.

12) The watermelon has fiber that encourages a healthy digestive tract.

13) The first cookbook introduced in the United States in 1776 had a recipe for watermelon rind pickles.

14) The United States ranks 5th in the worldwide production of watermelons. 44 states grow watermelons, with Florida, Texas, California, Georgia and Arizona leading the country in production.

15) Watermelon is grown in over 90 countries globally.

16) In Israel and Egypt, the sweet taste of watermelon is many times paired with the salty taste of feta cheese.

17) Watermelon is a vegetable. It is linked with cucumbers, pumpkins and squash.

18) You can eat every part of a watermelon even the seeds and rinds.

19) People eat an average 16 pounds of watermelon every year.

20) Japanese farmers have been growing cube-shaped watermelons for the past 40 years.

22) Around 40,000 visitors check the 154-foot watermelon-shaped water tower annually in Lulling, Texas, home of the annual Watermelon Thump event, named for the sworn-by method of “rind-thumping” for checking a melon’s ripeness.

23) The National Watermelon Promotion Board shows that 84 percent of all watermelons sold in grocery stores are seedless.

How to make round watermelon?

24) Watermelon is an great source of Vitamin B6

25) Watermelon is packed with Vitamin A, which is excellent for your eye health.

27) The watermelon is the official state vegetable of Oklahoma