50 facts from life of author Stephen King
Share Tweet Email 0 Comments
NEXT> 50 Interesting Facts about Sylvester Stallone – The Famous Action Star of All Time!
Tuesday, October 27, 2020
STAY CONNECTED WITH US 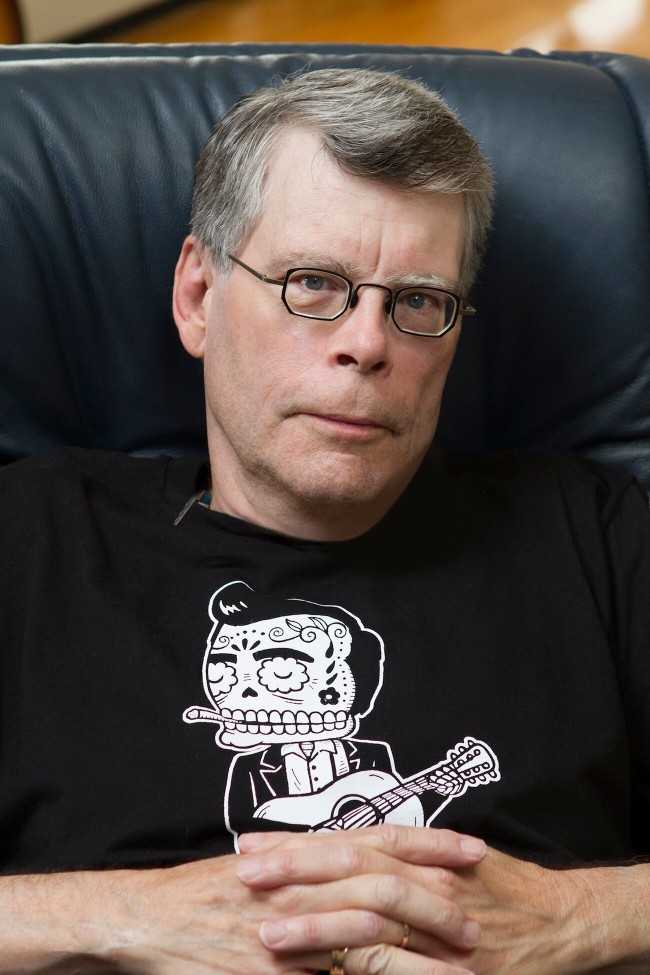 American author Stephen King and 50 facts from his life.

4. He is of Scots-Irish ancestry.

6. He has worn glasses since he was a child.

7. King was a second son of Donald and Nellie Ruth Pillsbury King.

8. King's father, Donald Edwin King who was born in Peru, Indiana, was a merchant seaman.

9. King and his older brother, David, were raised by their mother.

10. Stephen attended the grammar school in Durham and then Lisbon Falls High School.

11. In his sophomore year at the University of Maine at Orono he wrote a weekly column for The Maine Campus which is the school newspaper.

12. He was also active in student politics and served as a member of the Student Senate.

14. King met his wife Tabitha in the stacks of the Fogler Library at the University of Maine at Orono, where they both worked as students.

16. Young couple lived on his earnings as a laborer at an industrial laundry, Tabitha's student loan and savings.

17. Stephen made his first professional short story sale to Startling Mystery Stories in 1967. The story was titled The Glass Floor.

19. In 1975, the Kings purchased a home in the Lakes Region of western Maine where King finished writing The Stand.

20. Stephen and Tabitha now spend winters in Florida and the remainder of the year at their Bangor and Center Lovell homes.

22. The couple also has four grandchildren.

23. Stephen made his directorial debut, as well as writing the screenplay, for the movie Maximum Overdrive in 1985.

24. Stephen and Tabitha provide scholarships for local high school students and contribute to many other local and national charities.

25. Stephen King is the 2003 recipient of The National Book Foundation Medal for Distinguished Contribution to American Letters.

26. King made his first professional short story sale in 1967 to Startling Mystery Stories.

27. King already published over 50 books and has become one of the world's most successful writers.

28. His wife Tabitha King is a novelist.

30. Many of King's books have been adapted into feature films, miniseries, television shows, and comic books.

31. King published some of his books under pen name Richard Bachman.

32. He has written nearly 200 short stories, most of which have been collected in book collections.

38. He loves Maine and uses it as inspiration for his writings.

39. Four members of his immediate family are authors including his two sons.

40. He and his wife own The Zone Corporation.

42. Stephen King is a fast writer! He published several books per year for much of the '80s and '90s.

43. The Shawshank Redemption based on one of King's stories became a smash hit.

44. King worked in television for The Dead Zone series based on his novel.

46. Literary stars Dave Barry and Amy Tan are in a band with King.

47. The group performed several times over the years to raise money for charity.

48. In 1999 King was hit by a minivan and suffered many injuries including broken hipand multiple fractures of his right leg.

49. King's lawyer and two others bought the van that hit King for $1500 and it was later crushed at junkyard.

50. In 2002 King announced he would stop writing. He has since resumed writing but as slower pace.