50 facts you might not know about actress Amy Adams 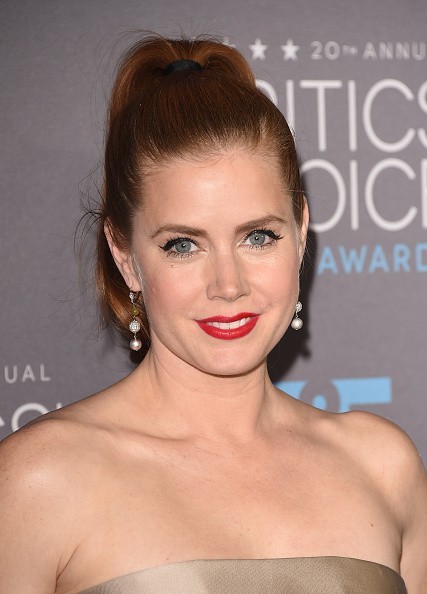 Actress Amy Adams and 50 things you missed about her.

1. Starred in such popular films as Junebug, Enchanted, Doubt, Julie & Julia and Man of Steel.

2. At the time of her birth her father stationed at Caserma Ederle military base.

3. Her family was Mormon.

4. She was aspiring to become a ballerina.

5. She was trained as an apprentice at a local dance company.

6. Later, Adams decided the rigidity of ballet training was not for, and she began to pursue a career in musical theater instead.

7. Has been in a long-term relationship with fellow actor Darren Le Gallo.

8. The couple has a daughter.

9. Her dad loved to sing in nightclubs or pizzerias with a guitar.

10. Her mom was a semi-professional body-builder.

11. Adams worked as a Hooters waitress in Atlanta for about three weeks but she understood that short shorts and beer don't mix.

12. Good posture and editing kept her from revealing too much wearing outfits in American Hustle.

13. Has sung in three films: "Enchanted," "Miss Pettigrew Lives for Day," and "The Muppets."

14. Said that the most terrifying thing she's done was singing "Happy Working Song" from "Enchanted" alone onstage during the Oscars.

17. She met her fiance in an acting class.

19. Knows how to knit because Meryl Streep taught her the craft.

21. Her favorite movies are "Gone with the Wind," "Paulie," "The Wizard of Oz," "Vertigo," "The Shawshank Redemption."

22. Her sister used to call her Fish-Belly Blue because of her pale skin.

25. Is a much happier person since she became mother.

26. Worked as a dancer at a number of different theaters and playhouses.

28. Was also chosen to appear in Steven Spielberg's Catch Me If You as Brenda Strong, a role that, according to Spielberg, should have launched Adams's career.

29. Dyed her hair after moving to L.A., landing in TV series such as "Manchester Prep," and often being cast as "the bitchy girl."

30. Was pregnant with her daughter, Aviana, when she completed filming her role as Charlene in The Fighter.

32. Her family relocated to the United States when she was about 8 years old.

34. Has received five Academy Award nominations and earned a Golden Globe for her performance in American Hustle.

36. Was the fourth of seven children born to Americans Kathryn and Richard Kent Adams.

39. Her hobbies include acting, singing, watching movies and listening to music.

40. Her favorite formation is Gorillaz.

42. When she received the Oscar nomination for 'Best Supporting Actress' for Junebug her mother was still working at a Starbucks.

44. She had crush on John Travolta, in Grease.

45. Her dream roles include Aldonza in Man of La Mancha and Elphaba in Wicked.

49. Sang in the school choir at Douglas County High School.

50. History was her favorite object when in school.