50 facts about Bono, frontman of the Irish rock band U2
Share Tweet Email 0 Comments
NEXT> 50 interesting facts about Kit Harington, known as John Snow from Game of Thrones
Saturday, November 28, 2020
STAY CONNECTED WITH US

50 facts about Bono, frontman of the Irish rock band U2 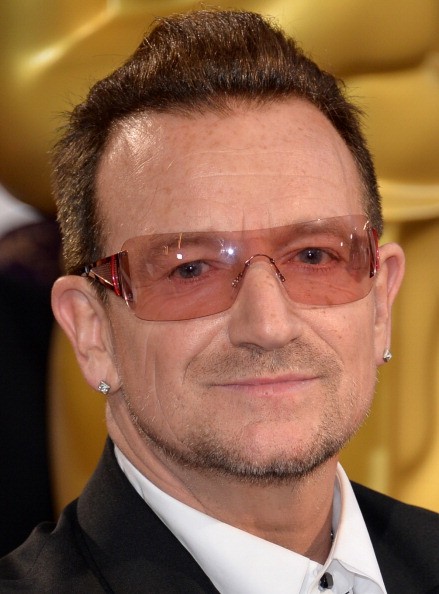 50 things about Bono, the frontman of U2.

1. Bono is known as the frontman of the Irish rock band U2.

3. He is also known for participating in global charity efforts.

5. Joined U2 while still in high school.

6. It took six albums till U2 became international stars. It was their sixth album titled The Joshua Tree who helped them to fame.

7. Bono has used his celebrity status to call attention to global problems, including world poverty, and AIDS.

9. Queen Elizabeth II made him an honorary knight in 2007.

10. Is the son of a Roman Catholic postal worker and a Protestant mother.

13. Bono has written most of the band's lyrics.

14. In his lyrics Bono often uses untraditional themes like politics and religion.

15. Social activism has always been close to the Bono's heart.

16. Bono used his music to raise consciousness with performances at Band Aid, Live 8 and Net Aid, among others.

17. After Hurricane Katrina, Bono with the band and Green Day, punk-influenced group rocorded a cover of the Skids' "The Saints Are Coming" which benefited to the rebuilding of New Orleans.

18. Bono has met with many world leaders and politicians to discuss issues as debt relief for developing countries, world poverty and AIDS.

19. Together with his wife Ali established EDUN, which is a socially responsible clothing line. Its mission is to foster sustainable employment in developing areas of the world, particularly Africa.

20. Bono also tucked Broadway. He worked on music and lyrics along his colleague The Edge while serving as producer for the show Spider-Man.

21. Aside from music, Bono gave a TED talk on being a 'factivist' regarding effort to end global poverty.

23. The couple has four children: 2 daughters and two sons.

25. His mom served him as inspiration for several songs including 'I Will Follow' and 'Out of Control.'

26. Bono once interviewed Bob Dylan. He was asked to interview Dylan for the magazine Hot Press.

27. Bono dip into acting as well. He has appeared as himself in the films 'Entropy' and 'Bruno,' as well as an episode of 'Entourage.'

28. He also played fictional characters in the film 'Million Dollar Hotel' and the Beatles-music movie 'Across the Universe.'

29. He delivered graduation speech to the class of Harvard University in 2001.

31. Prior to his Facebook stake, Bono was named the 'worst investor in America' by 24/7 Wall Street.

32. Appears with the band on 'The Simpsons."

34. Bono is the only person nominated for Grammy, a Golden Globe, an Oscar and the Noble Peace Prize.

35. Bono admitted he didn't like the band name U2.

40. Bono was one of investors who bought The Clarence, a Dublin hotel built in 1852 and restored it.

42. Bono and his band won 22 Grammy awards and been nominated 49 times.

43. Is a co-founder of ONE and (RED), global charitable organizations fighting extreme poverty and AIDS.

44. Bono along with the band are inducted into the Rock and Roll Hall of Fame.

46. Bono delivers the commencement address at the University of Pennsylvania in 2004.

47. Bono and U2 appeared in an Apple Computer iPod commercial, singing their song, "Vertigo."

48. Bono guest edits United Kingdom newspaper The Independent for a day. He brings the awareness to HIV/AIDS in Africa as well as global warming and poverty.

49. Undergone emergency back surgery for an injury sustained during tour preparation training.