50 facts about Emmy Rossum: received critical acclaim for performance in The Phantom of the Opera
Share Tweet Email 0 Comments
NEXT> 50 facts about Tom Cruise well known for his role as secret agent Ethan Hunt in the Mission: Impossible
Tuesday, July 14, 2020
STAY CONNECTED WITH US

50 facts about Emmy Rossum: received critical acclaim for performance in The Phantom of the Opera 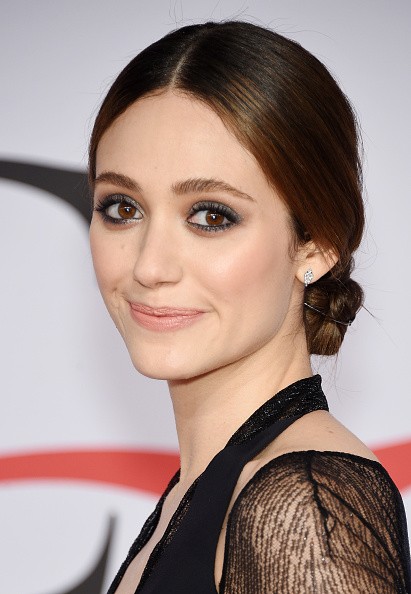 1. Emmanuelle Grey "Emmy" Rossum is an American actress and singer-songwriter.

3. Her role in Mystic River (2003) garnered her wider recognition.

4. Emmy Rossum starred in the blockbuster film The Day After Tomorrow (2004) and received critical acclaim for her performance in The Phantom of the Opera (2004).

8. In 2013 she released a follow up album called Sentimental Journey.

11. Emmy Rossum is the only child of Cheryl Rossum, a single mother who worked as a corporate photographer.

12. Rossum's mother is Jewish (of Russian Jewish descent) and her father is Protestant (of English and Dutch ancestry).

13. Emmy Rossum has stated that her mother instilled in her the "Jewish code of ethics and morals".

14. Her parents separated while her mother was pregnant; as of 2007, she had met her father twice.

15. Emmy Rossum was named after her great-grandfather, whose first name was Emanuel, using the feminine spelling Emmanuelle.

16. Emmy Rossum is a relative, by marriage, of designer Vera Wang (Wang was married to Rossum's cousin).

17. Upon singing "Happy Birthday" in all twelve keys, Rossum was welcomed to join the Metropolitan Opera Children's Chorus by chorus director Elena Doria at the age of seven.

18. Over the course of five years, she sang onstage with the chorus and had the chance to perform with other opera greats, such as Plácido Domingo and Luciano Pavarotti.

19. For anywhere from $5 to $10 a night, Rossum sang in six languages in 20 operas, including La bohème, Turandot, a Carnegie Hall presentation of La damnation de Faust, and A Midsummer Night's Dream.

20. Emmy Rossum also worked under the direction of Franco Zeffirelli in Carmen.

21. Emmy Rossum joked in interviews that her vocal talent and affinity for music developed because her mother always listened to classical music and operas while she was pregnant with her.

22. By age twelve, Rossum had grown too big for children's costumes. An increasing interest in pursuing acting led to taking classes with Flo Salant Greenberg of The New Actors Workshop in New York City.

24. Emmy Rossum hired an agent and auditioned for many acting roles.

25. Emmy Rossum attended the Spence School, a private school in Manhattan, for years, before dropping out to pursue career opportunities.

28. Rossum's television debut was in August, 1997, as the original Abigail Williams in the long running daytime soap opera As the World Turns.

29. Emmy Rossum also had a guest role as Caroline Beels in Snoops.

30. Emmy Rossum was nominated for a Young Artist Award in 1999 for Best Performance in a TV Movie for her work in the made-for-TV movie, Genius. Following that movie, she portrayed a young Audrey Hepburn in the ABC TV movie, The Audrey Hepburn Story (2000).

31. Emmy Rossum made her silver screen debut in 2000's Songcatcher as Deladis Slocumb, an Appalachian orphan.

32. Debuting at the Sundance Film Festival, the film won the Special Jury Award for Outstanding Ensemble Performance. For her role, Rossum received an Independent Spirit Award nomination for Best Debut Performance and also had the opportunity to sing a duet with Dolly Parton on the Songcatcher soundtrack.

34. In Nola (2003), Rossum played the title character, who was an aspiring songwriter.

36. Following Mystic River, Rossum had a breakthrough role as Laura Chapman in the Roland Emmerich eco-disaster film The Day After Tomorrow.

37. She later returned to New York, where she was the last to audition, in full costume and make-up, for the coveted role of Christine Daaé in the on-screen adaptation of composer Andrew Lloyd Webber's The Phantom of the Opera.

38. Following an international search for talent, and having nearly missed the audition on account of a family engagement, Rossum was asked to audition in person for Webber at his home in New York. "When I arrived, he just said, 'Shall we?' meaning I was to sing. And I did," Rossum has said of the audition. After seeing her audition, Webber felt she proved her ability to play the young opera singer who becomes the object of the Phantom's obsessive love.

39. For her role as Christine Daae, Rossum received a Golden Globe Award nomination for Best Actress in a musical or comedy. She is the youngest actress ever to be nominated for that particular award.

40. Emmy Rossum also received a Critics' Choice Award for Best Young Actress, along with a Saturn Award for Best Performance by a Younger Actor and other awards.

41. After her role in The Phantom of the Opera, Rossum was offered several deals to record classical albums, but refused, opting to create an album of contemporary, more mainstream music. "I was inspired to cut this album because I'm so frustrated listening to the radio these days," Rossum lamented. "There is so little emotional honesty."

42. Regarding the sound and style of her music, she said, "It's pop music, but not Britney Spears bubblegum pop. I want it to have a David Gray or Annie Lennox feel. I've been spending up to 12 hours a day in the studio."

43. Rossum cites Sarah McLachlan, Whitney Houston, Celine Dion and Faith Hill as some of her influences.

44. Rossum is a YouthAIDS ambassador.

46. Additionally, Rossum is an environmentalist.

48. Emmy Rossum is also a vocal supporter of The Best Friends Animal Society, a leader in the no-kill movement that runs sanctuaries for homeless pets, and is one of the nation's largest animal rescue organizations.

50. Emmy Rossum has celiac disease, an autoimmune disease in which the body cannot tolerate any foods containing gluten. She revealed her condition on MTV News after being given a cupcake on-camera to celebrate her 22nd birthday; she was able to eat only the frosting.