50 facts about Common: has emerged as one of Hollywood's most sought after leading men
Share Tweet Email 0 Comments
NEXT> 50 facts about country music singer and songwriter Eric Church
Tuesday, May 26, 2020
STAY CONNECTED WITH US

50 facts about Common: has emerged as one of Hollywood's most sought after leading men 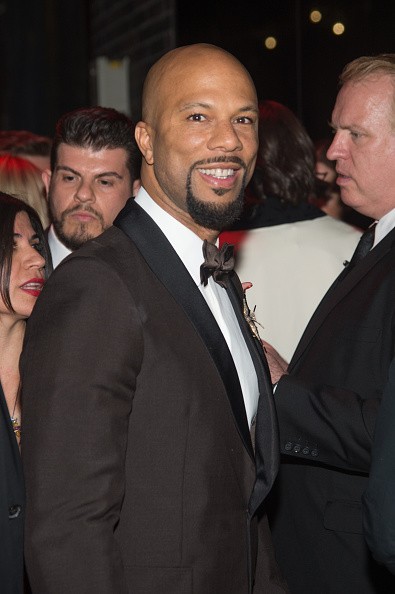 1. With his multi-Grammy Award winning music career, continued work in film and television, and multiple written works, Common has emerged as one of Hollywood's most sought after leading men.

2. His numerous previous accomplishments in film and music include starring on the silver screen in films such as SMOKIN ACES, AMERICAN GANGSTER, WANTED, TERMINATOR SALVATION, DATE NIGHT and JUST WRIGHT.

3. In 2004, he partnered with Chicago native and rap music mega-star Kanye West to produce the album BE, which went on to garner four Grammy Award nominations.

4. In 2007 COMMON released his critically acclaimed seventh album Finding Forever where it debuted at #1 on the Billboard 200 Album Chart and it went on to earn a Grammy award.

5. His eighth album, Universal Mind Control, was released in 2008 and was nominated for a Grammy in the category of Best Rap Album.

7. Prior to acting, COMMON rose to prominence as one of hip hop's most poetic and respected lyricists having recorded over eight albums and garnering multiple Grammy Awards.

8. COMMON is a writer! He also offers an even younger generation a better understanding of self respect and love, by utilizing the cultural relevance of hip hop in the children's books he has written. His first book, entitled The MIRROR and ME, teaches lessons of life, the human spirit, and human nature.

9. His follow-up book I Like You But I Love Me was nominated for an NAACP Image Award, and in 2008 he released his third book, M.E. (Mixed Emotions).

10. COMMON will soon add to this list of accomplished written works with his revealing memoir, One Day It'll All Make Sense. Every aspect of his life's journey is unveiled in this deeply personal account of who COMMON is and the people, faith and events that have shaped and molded him into the award-winning, critically acclaimed conscious artist of today.

11. In addition to his music, film, and literary pursuits, COMMON has been the face, voice and inspiration behind some of the largest consumer brands in the country.

12. COMMON was the voice of Gatorade's G Series Sports Drink commercial that was launched during Super Bowl 2010.

13. In 2009, he was announced as the face of the new Diesel men's fragrance Only the Brave and he partnered with Microsoft as the inspiration and one of the designers to launch their Softwear clothing t-shirt line.

14. COMMON is a regularly requested guest speaker known to motivate and empower collegiate minds while speaking at prestigious universities across the country.

15. In 2000, he launched the Common Ground Foundation, whose mission is dedicated to the empowerment and development of disadvantaged youth in urban communities by mentoring in three areas: character development, creative expression and healthy living.

16. Whether inspiring audiences through music, movies, television, books or his foundation, COMMON continues to break new ground, and remains to be one of hip-hop's most innovative, positive voices.

18. Common was born in the South Side of Chicago, Illinois.

20. His parents divorced when he was six years old, resulting in his father's moving to Denver, Colorado. This left Common to be raised by his mother, but his father remained active in his life and landed Lonnie Jr. a job with the Chicago Bulls during his teens.

21. While a student at Luther High School South in Chicago, Lynn with his childhood friends, record producer No I.D., and Corey Crawley formed C.D.R. a rap trio that opened for acts that included N.W.A. and Big Daddy Kane.

22. Common attended Florida A&M University for two years under a scholarship and majored in business administration.

23. After being featured in the Unsigned Hype column of The Source magazine, Lynn debuted in 1992 with the single "Take It EZ", followed by the album Can I Borrow a Dollar?, under stage name Common Sense.

24. With the 1994 release of Resurrection, Common achieved a much larger degree of critical acclaim, which extended beyond Chicago natives. The album sold relatively well and received a strong positive reaction among alternative and underground hip hop fans at the time.

25. Resurrection was Common's last album produced almost entirely by his long-time production partner, No I.D., who was also the then-mentor of a young Kanye West.

26. In 1996, Common appeared on the Red Hot Organization's compilation CD, America is Dying Slowly, alongside Biz Markie, Wu-Tang Clan, and Fat Joe, among many other prominent hip hop artists.

27. The CD, meant to raise awareness of the AIDS epidemic among African American men, was heralded as "a masterpiece" by The Source magazine.

28. He would later also contribute to the Red Hot Organization's Fela Kuti tribute album, Red Hot and Riot in 2002.

29. He collaborated with Djelimady Tounkara on a remake of Kuti's track, "Years of Tears and Sorrow".

30. In 2006, Common was a model for photos of The Gap's fall season collection, appearing on posters in stores.

31. He performed in The Gap's "Holiday in Your Hood" themed Peace Love Gap.

32. In February 2007, Common signed a deal with New Era to promote their new line of Layers fitted caps.

33. Common also stars in a television commercial for the 2008 Lincoln Navigator.

35. In the fall of 2008, Common appeared in an ad for Microsoft's Zune, comparing his new song, "Universal Mind Control", to "Planet Rock", a song from hip hop pioneer Afrika Bambaataa.

36. Also, he featured in the Diesel campaign for a new fragrance called "Only The Brave". His song "Be (intro)" is featured in a commercial for BlackBerry as of January 2011.

37. In December 2008, Common launched a new clothing line in partnership with Microsoft titled "Softwear", based on 1980s computing.

38. Common used to be vegan, but is now a pescetarian.

39. In addition, he is a supporter of animal rights and PETA. He appeared in a print advertisement for PETA titled "Think Before You Eat".

40. Common is also part of the "Knowing Is Beautiful" movement, which supports HIV/AIDS awareness.

41. He is featured in the video for "Yes We Can", a song in support of the candidacy of Barack Obama, which made its debut on the internet on February 2, 2008.

42. Common is the founder of the Common Ground Foundation, a non-profit that seeks to empower underprivileged youth to be strong citizens and citizens of the world. The foundation includes programs dedicated to leadership development & empowerment, educational development, creative expression, as well as a book club.

44. Common has had romantic relationships with singer Erykah Badu, actresses Kerry Washington and Taraji P. Henson, and tennis player Serena Williams, but as of July 2014 maintained that he was single.

45. Common is a Chicago Bulls and Chicago Bears fan.

46. In September 2011, Common published his memoir, One Day It'll All Make Sense, through Atria Books. As the book details how his close relationship with his mother influenced his life, it is partially narrated by her.

47. In April 2015, it was announced that Common would appear in the 2016 film Suicide Squad, directed by David Ayer and part of the DC Comics film universe, although his role was not specified.

48. In 2008, he starred in the film adaptation of the comic book Wanted alongside Morgan Freeman and Angelina Jolie.

50. Common also starred in the 2010 movie Just Wright as a basketball player who falls in love with his trainer Queen Latifah.