Accenture is a world-renowned company, which operates as a global management consulting firm. The professional services that Accenture provides to its clients include services related to consulting, strategy, operating services, as well as, digital technology. Though we all know about the company, here we present some interesting things about Accenture that you probably did not know.

So, let's put forth the 30 amazing things you didn't know about Accenture.

1. In the early 1950s, before the company, Accenture took shape, it was the technology and business consulting division, called Andersen Consulting and it was a part of Arthur Andersen, an accounting firm.

2. It was the increasing friction between Arthur Andersen, the firm and the consulting division, Andersen Consulting that led the consulting firm to separate and form a new company, which is the company Accenture that we know today.

3. Accenture is the largest consulting firm and a Fortune Global 500 company that has its base in Dublin, Ireland.

4. Accenture has a client base in 55 countries and in more than 200 cities.

7. The name "Accenture" was suggested by Kim Petersen, an employee of the company at an internal competition, which was held at the company's Norway office. The name is derived from a combination of the terms, Accent and Future.

8. Before establishing its office in Ireland, Accenture had the company's place of incorporation in Bermuda. But, it relocated to Ireland in 2009 and the company was renamed as Accenture Plc.

9. The year 2002 saw Accenture being identified as a publicly traded federal contractor that had its presence in a tax haven company.

10. The National Health Service (NHS) was a very large and ambitious project that Accenture was a part of, but when it decided to quit the project, the company made headlines. However, after 5 years, the project itself was scrapped.

11. On the first day initial public offering (IPO), which was announced on July 19, Accenture got $1.7 billion.

13. It is the Accenture system that is used for processing about half the world's emails.

14. Accenture makes it contribution by providing cyberspace protection. The company helps in providing protection to more than 25 percent of Internet traffic, worldwide.

15. More than 40 million insurance claims are leveraged annually using the solutions provided by the company, Accenture.

16. Accenture has helped several companies in sealing the deal. The consulting company has provided advice on mergers and acquisitions to more than 570 companies. 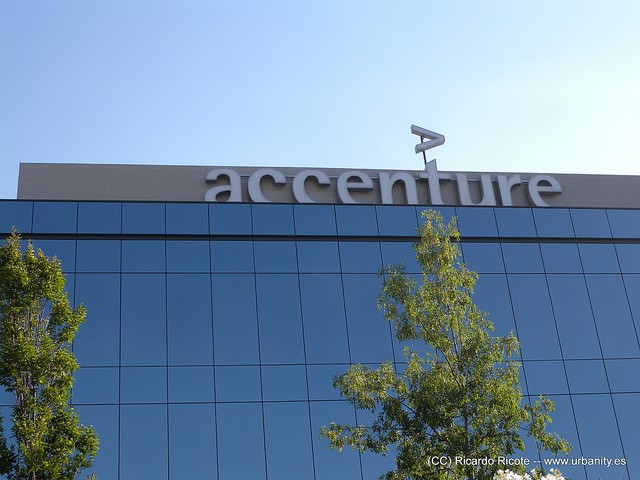 17. Accenture pays special emphasis to its customers and handles more than half a billion customer call minutes.

18. The billing system that is used by the telecommunication companies for generating bills for telephones is from Accenture and it accounts for more than 20 percent.

19. Accenture helps in staying connected. The mobile services that are delivered to more than 300 million customers use the technology, developed by Accenture.

20. In the year 2014, it was Accenture who got the deal for the creation of the Obamacare website.

21. Do you know who is the technology partner of the 6 Nation Rugby Competition? Well, it is Accenture.

22. Accenture has special smart grid projects that can help in reducing the electricity bills. These smart projects can provide support to 50 million smart electricity meters.

23. Statistics suggest that an Accenture system goes live in every 4 hours.

24. From the year 2005, legendary golfer, Tiger Woods played the role of the company's spokesperson. However, it was after Woods' extramarital affairs were revealed that Accenture cancelled its six-year sponsorship deal with the player.

25. Webcomic, Bigtime Consulting parodied Accenture's culture, starting from the year 1999. It was operated by one of the company's employee, James Sanchez, under a pseudonym. However, he left the company in 2000.

26. The last Friday of every month is celebrated at the head office with a party, called 'Thank Crunchie.' The menu on this day includes free drinks and crunchy bars.

27. Accenture has also had several controversies to its name and, it includes several suicides and death of employees.

28. The company has also been a part of scandals like the manipulative HR department in India, who were manipulating the reviews of the employees and also another where the company and its subsidiary, Avanade cheated a client with a bait-and-switch fraud.

29. In 2017, Accenture received several titles. It got the title of the most admired Information Technology Service Company in the Forbes magazine. It ranked 14th in the list of Top 50 companies for Diversity by Diversity Inc. and the company was also named the most ethical company in the world for the 10th time. Additionally, this year, Accenture ranked amongst the 12 best management consulting firms in America by Forbes.

30. In 2009, the company live streamed the performance of the most popular band in the world to 10 million fans.

These are some interesting things about Accenture. We must add here that this year, it was also announced by Apple that they will be collaborating with Accenture for the creation of an iOS business solution.