Whenever you think of banking and financial services, the first name that comes to your mind is probably, J.P. Morgan. Well, the company, J. P. Morgan Chase & Co. is the largest bank in the United States and has its headquarters in New York City. Founded by J.P. Morgan, the legendary financier, who was an extremely powerful banker and influential businessman.

If you are a follower of J.P. Morgan Chase & Co., here we bring forth some interesting facts about the founder of the company that is lesser known.

So, read on about the 25 amazing things you didn't know about J.P. Morgan.

3. By 1900, J. P. Morgan & Company had established itself as a powerful banking house. And, its special focus was on consolidation and reorganization of companies.

4. It was also within the year 1900 that J. P. Morgan had half of the railroads of the country under his control, in addition to his interests in 24 different companies, that ran over 100,000 miles of track.

5. The term, "Morganization" became prevalent as Morgan took over troubled businesses, reorganized them and set them on track to make profits. His interest in companies also encouraged the investors to make investments in the ailing companies.

6. In 1891, J. P. Morgan's friend John King was rejected by the Union Club, which was considered to be a prestigious club at that time. Thus, Morgan founded the Metropolitan Club on the 5th Avenue land that he donated. Notably, the land was worth $125,000.

8. The formation of the United States Steel Corporation, as well as, the AT&T are also feathers in J. P. Morgan's hat as he was the one who formulated these creations.

9. The year 1903 saw Columbia handing over control of Panama after President Theodore Roosevelt's perusal. After the formation of the independent Republic of Panama, it was J.P. Morgan & Company, who were appointed as the fiscal agents for the management of the government aid that totaled $10 million.

10. It was Morgan who bailed out the US economy after the Panic of 1903. He provided 3.5 million ounces of gold to the US Treasury to help during the financial crisis.

11. Again in 1907, the United States economy was once again in a similar position as 1903. This time, J. P. Morgan convinced the top financiers to bail out several financial institutions and thereby stabilize the markets.

12. It was also the crisis and the power that Morgan showcased, that led to the creation of the Federal Reserve System by the bankers and the politicians.

13. Morgan wanted to build an underground railway in London and for the same, he even applied for parliamentary authority. However, it was Charles Tyson Yerkes who outdid him.

14. The private residence of J. P. Morgan at 219 Madison Avenue was the first residence in New York to have electricity.

15. J. P. Morgan & Co. entered the shipping trade with the formation of the International Mercantile Marine Company (IMMC). However, the sinking of its subsidiary, White Star Line, which owned the Titanic, led to financial disasters and the IMMC went bankrupt.

16. J. P. Morgan was the owner of White Star Line and he even had his trip planned on the ill-fated ship, Titanic, which sank after hitting an iceberg. Luckily enough, Morgan choose to cancel his trip and did not board on the ship.

17. Morgan was a collector of art like paintings, pictures, art objects, clocks and a lot more. He also loved collecting books and it was after his death that his son, J. P. organ Jr. turned his private library into Pierpont Morgan Library, as a memorial to his father in 1924. 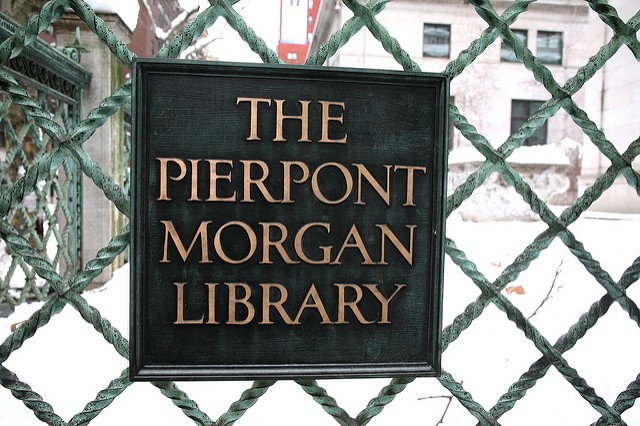 18. Additionally, Morgan was also an avid collector of gems. His first collection was assembled and exhibited by Tiffany & Co. The collection which was also exhibited at the World's Fair in Paris in the year 1889, where it received two golden awards.

19. J. P. Morgan disliked publicity. He was extremely conscious about his rosacea and hated being photographed too. 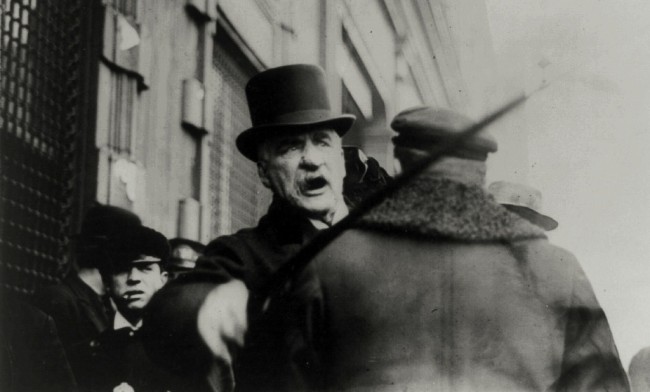 20. However, J. P. Morgan was a fan of photography and had commissioned photographer Edward S. Curtis, offering $75,000 to create a series on the American Indians, way back in 1906.

21. It is suggested that Rich Uncle Pennybags of Monopoly is modeled after Morgan.

22. J. P. Morgan has a gemstone named after him. It is the gemstone morganite.

24. Morgan died in his sleep while he was in Rome. His body was brought back to his home in New York and he was given an honor, usually reserved for leaders of the state. In his honor, the New York Stock Exchange remained closed for two hours and even the flags on Wall Street were half hosted.

25. J. P. Morgan's founded company, which we now know as J. P. Morgan Chase & Co. is one of the four biggest banks in the United States and is also considered to be the universal bank with total assets amounting to US$2.5 trillion.

These are some of the lesser-known facts about the legendary J. P. Morgan, who is known for his dominant role in corporate finance and also for the transformation of American business with his efficiency and dedication towards modernization. He is indeed rightly called America's greatest banker.