eBay is an amazing e-commerce platform. You can sell and buy things at the same site with just clicks. A fabulous online marketplace, it is no less than a treasure trove as you can find the weirdest and the fanciest of items on sale over here. This peculiar platform is truly one of a kind which sees millions of visitors every day with an equally large number of transactions taking place daily.

Therefore, if you scan the history of eBay, you will find a plethora of peculiar facts surrounding the company. So, here is taking a look at 30 amazing things you did not know about eBay.

6. Britain biggest buyer on eBay - Britain tops the per capita purchase on eBay.

7. iPhone 4 most searched on eBay - iPhone 4 has been found to be the item that most people search on eBay.

8. Nike Air Jordans most bought sneaker brand on eBay - One out of every three dollars spent on sneakers on eBay goes to Nike Air Jordans, the basketball sneakers bearing the hallmark of Michael Jordan.

12. Majority purchases on eBay relate to new items - Though eBay is an auction site the majority of the purchases taking place on the site i.e. more than 70% relate to new products.

15. The most expensive item sold on eBay was a yacht - In 2006, a huge 405-foot yacht was auctioned off on eBay for $168 million. It was purchased by Roman Abramovich, a Russian billionaire but technically the deal settled at $85 million. 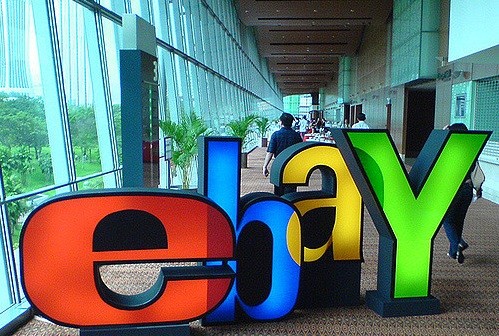 21. Users objected when eBay changed the background colors of the site - The background color of eBay website was yellow and it was changed to white and the audiences objected leading to the reversal of the decision but gradually the color was played down to turn white once again.

24. The time between 6:30-10:30 p.m. is the best for selling on eBay - During these four hours, most people are relaxing with cocktails and browsing eBay simultaneously which makes it most profitable time for selling.

27. Gmail was auctioned off on eBay during beta-testing - In 2004, some of the eBay users auctioned off their invites to Google's email service for approximately $60.

29. eBay sees bidding on recipes - There is a section on eBay where buyers place bids on recipes.

30. eBay allows charity - eBay lets sellers donate a part of their earning to a charity of their choice through MissionFish.

eBay is truly enigmatic and interesting. It is a fabulous auction platform and after getting to know these amazing things, you are sure to find it even more exciting than you did before.