Chevrolet, the American automobile maker, which is a division of General Motors (GM) is amongst the most iconic vehicle makers in the world. Founded back in 1911, by Louis Chevrolet, the company, which is often referred to as Chevy, has a reputation of its own and a huge fan following.

1. The co-founder of Chevrolet, Louis Chevrolet was born in the year 1878, in Switzerland and not the United States, as it is often thought. He moved to France when he was 6 years old and his father taught him the basic mechanism of watch making in France.

2. The logo, which resembles the bow tie symbol, was conceptualized in 1913. And, the iconic logo has been in use since then.

3. But, before the bow tie symbol was introduced, the logo of the company was an expansive Chevrolet, which was not as appealing as the logo that the company started using from 1913.

5. Louis Chevrolet was himself a holder of the speed world record. And, it was during his racing career that he became friends with William C. Durant. And later they collaborated and created the company, Chevrolet Motor Car Company.

6. The first prototype of the Series C Classic Six was ready even before the company, Chevrolet was incorporated. And in the year, 1913 the car was introduced at the auto show held in New York.

7. It was during the Warsaw Uprising in WWII that a Chevrolet chassis was converted into an armored car, which was equipped with a machine gun, and a flame thrower.

8. During the 1970s, the Chevrolet used an inventive shipping team to ship the Vega models vertically. This allowed the company to ship not 15 but 30 cars in one rail car.

9. The 1960s saw Chevrolet introducing the advanced Chevy Turbo Titan III. The trucks had a steering system that resembled a dial as seen in sci-fi movies.

12. The longest-running nameplate holder is the Chevrolet Suburban. The car was introduced in the year 1935.

13. Since its introduction in 1953, the Chevrolet Suburban has had 12 generations and the next generation is scheduled to appear in the year 2019. 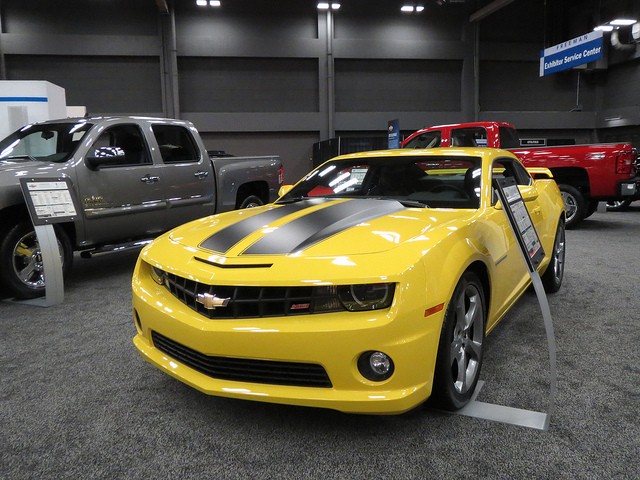 14. The Chevrolet Camaro was initially named the Panther. However, it was renamed Camaro, which somewhat means, a friend in French.

15. The Chevy Camaro was a top secret project and details about the car was not leaked in any way. It was only a couple of months ahead of its release that General Motors announced its upcoming model in 1966.

16. The first Chevrolet Camaro had gold tone interiors and exteriors. And, the company has maintained this as a tradition.

17. Since its launch, the Chevy Camaro and the Ford Mustang started its rivalry, which is also touted to be the biggest rivalry of Detroit.

18. Camaro is the third most popular car in the United States. Its rival Ford Mustang beats it to occupy the second position, but the first position is once again occupied by the Chevrolet Corvette.

19. In the year, 1953, the first Corvette was introduced. Its name is notably inspired by a small warship, which is called, HMS Surprise. It's size is smaller than even a destroyer.

20. However, the same year saw only 300 cars being made and the same year, it was also discovered that as a car making material, fibreglass was a possible option.

21. The GT circuit was dominated by the Ferrari and Maserati when the C5 Corvette was just launched. But, this did not deter it from winning the Le Mans in 2001 and the following year, it secured the second place.

22. The Chevy Corvette was the American car that offered 1 hp per ci. 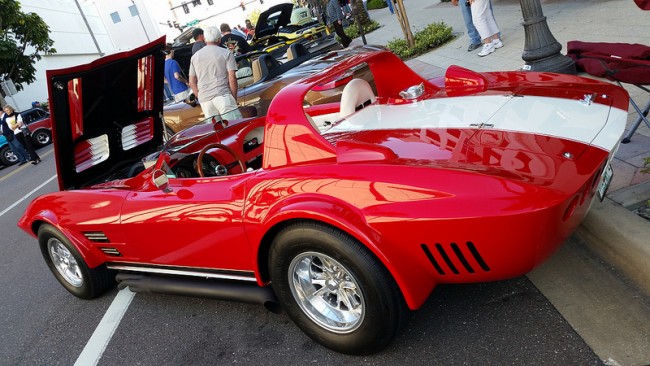 23. The modern Corvette has a whopping speed in reverse mode, which is more than 50 miles per hour!

24. Corvette Grand Sport is a lighter version of the Corvette was conceptualized by the creator of Corvette, Zora Arkus-Duntov. However, General Motors did not clear the project after five cars were made.

25. All the five Corvette Grand Sport, are a part of private collections and it is valued to be worth an approximate $6 to $8 million.

27. The year from 1999 to 2001 saw Chevrolet selling the C5 Corvette kit as the company was simply trying to build a reputation of Corvette as a racing car. The kit included rolling chassis, body panels and several small parts. However, with only 42 kits being sold in 3 years, Chevy stopped the program.

28. A top selling model from Chevrolet, which has sold more than 14 million cars, is the Impala, which was introduced in the year 1958.

29. The name Impala was inspired from an African antelope and the model was named Chevy Impala.

30. Chevrolet is the record holder of the most NASCAR victories, as of 2016. The number of victories stands at 27. Chevy is followed by Ford with 15 victories only.

Considering the history and the legacy of Chevrolet, these are just a few interesting things about the company that we covered here.