Danone is the name that first comes to our minds, whenever, we think of healthy food, due to its fermented dairy products that have been catering to the needs of consumers, across the globe for almost a 100 years.

Diary and fermented milk products are gradually becoming a food trend and all for the good reason as it promotes the well-being of our gut and also provides our body with the essential nutrients. And, Danone is making all the efforts to give shape to its ambition of promoting a healthier eating habit.

1. Though we know Danone as a French company, it was founded in Barcelona, Spain as a small yogurt factory in the year 1919. And, it was after 10 years that the company shifted from Spain to France.

2. The company's founder, Isaac Carasso, came up with the name "Danone" after the nickname of his son, Daniel Carasso, who was called Danon.

3. To make the name more relatable, Danone was named Dannon in the United States market.

4. The Marseilles speech of Antoine Riboud in the year 1972 redefined the newer approach of business, which encouraged Danone to embark on a dual business journey, with a commitment to business success and social progress.

5. The same year in the month of December, Daniel Carasso and Antoine Riboud merged their companies, thereby giving shape to BSN-Gervais Danone, a giant in the food industry.

6. It was within 20 years after the merger that several major acquisitions were made by BSN-Gervais Danone, which made it the third largest food company in Europe. 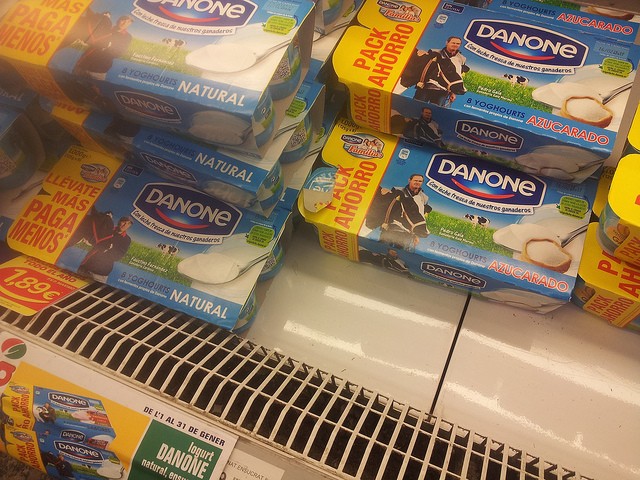 7. Since the year 1987, China has been a leading market for Danone. China is also amongst the top 5 markets for Danone products.

8. The first Asian acquisition that BSN-Gervais Danone made was Amoy in the year 1991. The company was a Hong Kong-based company, specializing in frozen food and soy sauce.

9. Before Danone forayed into Russia in the year, 1992, Antoine Riboud visited the country and he was surprised by the long queue in front of the McDonald's store. The following year, it was in front of a Danone store that the long queue was seen.

10. It was in the year 1994 that the name, BSN-Gervais Danone was shortened to just, Danone. A new logo of a child gazing at a star was also introduced, in sync with the company's focus of going higher and beyond.

11. In the year 2000, Danone introduces the Danone Nations Cup (DNC), which is the biggest competition held for children, who are aged 10 to 12 years. Apart from being a football competition, t is also a medium through which children learn about other cultures and also travel the world.

13. In July, the same year, Numico, a Dutch baby food and clinical nutrition company was offered €12.3 billion. The deal went through, thereby forming the second largest manufacturer of baby food in the world.

14. Danone set up the Danone Fund for Nature, almost 10 years after it signed the Ramsar International convention for the protection of wetlands. Danone also invites other companies to join their initiative through the Livelihoods Fund, which was launched in 2011.

15. Danone is one multinational company that took a step to expand its customer base from the affluent with the expensive and premium products to the low-income population with low cost yet highly nutritious products.

16. The company played a significant role in making its products available in the economically weak populations in emerging countries with its joint venture in Bangladesh with the Grameen Group to form the Grameen Danone Food Limited (GFDL).

17. Danone's efforts in Bangladesh and Senegal paved the way for innovation labs that challenged the value chain and introduced revolutionary concepts.

18. Danone is committed to safeguard the environment and have sustainable business practices. This is evident from its 1971 campaign against littering and also its switch in 1980 from PVC to PET.

19. Danone and Nestlé Waters have collaborated with Origin Materials with the aim of commercializing 100 percent bio-based PET bottles, which are recyclable.

20. The first set of biodegradable bottles with the Natur'ALL Bottle Alliance is scheduled to arrive by 2020.

21. The annual collection of fresh milk each year, at Danone, totals to more than 8 billion litres!

22. The sale of fresh milk products at Danone amounts to more than €11 billion, as suggested by 2016 reports.

23. Danone is the No. 1 yogurt brand in the United States. The race is led by Danone's brands Oikos, Light & Fit, and Danimals. 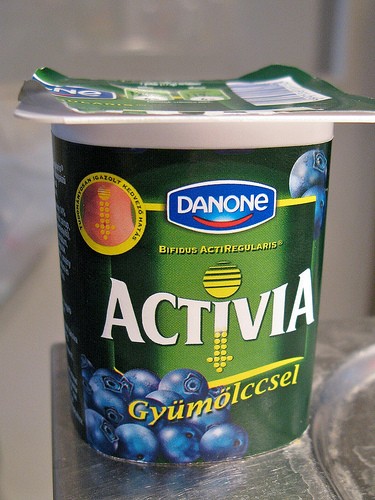 24. Danone's brand Activa recently celebrated the 10th anniversary for its presence in Canada.

26. During 2005-2006, it was rumored that PepsiCo has approached Danone with the intention of a takeover. However, the French government stepped in with what is called as the Danone Law, to prevent such takeover.

27. The year 2013 saw Danone founding the Nutricia Research, its new research and innovation centre in the Netherlands, which houses 400 scientists and experts from different nations.

28. The focus at Nutricia Research, in Utrecht, in the Netherlands is on medical nutrition and early life nutrition.

29. Danone invested approximately a billion euros in Africa over a period of two years. The investment was accompanied by a commitment towards local development.

30. In July 2017, Danone acquired WhiteWave Foods. The deal was valued at $12.5 billion and it would also strengthen the company's foothold in the United States.

These are some of the amazing facts about Danone that are not only lesser-known but interesting too!