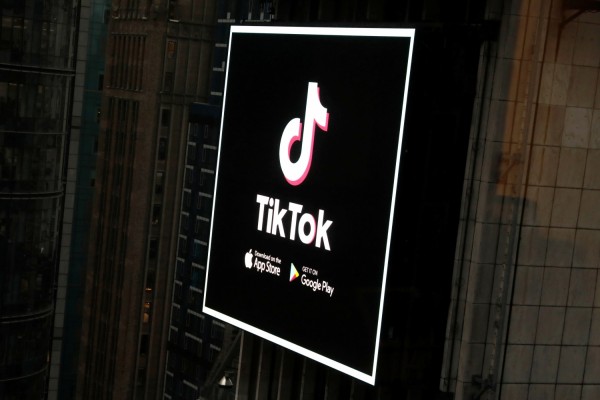 A video of a grandmother who just turned 94 years old went viral after her hilariously grumpy response to her birthday greetings. Her granddaughter, Pauline Kidder, posted the video on TikTok on March 9. The video showed the grandmother making a remark after her entire family sang her "Happy Birthday." After her sassy and deadpan response, she picks up a glass, drank on it and made her granddaughter exclaim in shock and disbelief.

The viral video showed the 94-year-old grandmother making a remark after her family gave her a gigantic cake with numbered candles and pink icing. The video started with the whole family singing "Happy birthday dear Grandma, happy birthday to you." clearly in the background.

After they sang the birthday song, the grandmother gives a half-smile and said: "Well, thank you very much, I hope this is my last." Kidder is seen in the background flabbergasted by her grandmother's response. Since being posted, the hilarious short video has been watched 12.8 million times and it has 2.7 million likes.

Aside from being shared on TikTok, the video was also shared on Twitter where it also blew up. The video was shared with the caption "Capricorn, Scorpio, and Aquarius when you try to do nice things for them." A lot of netizens agreed that the following signs mentioned in the caption would rather "fling themselves into hot lava than endure anything it hates or be killed by something it does not respect."

There were also other hilarious captions by netizens, @JayWren2 said "Yeah I think I'd be ready to check out at 94 too lol", user @susanmr5 said "I had a grandma who thought living past about 84 was a waste and unnecessary. She did, however, live past 84 and I think she resented it mightily. " and another netizen named @neekthesupreme added "If "I hate it here" was a person."

Not only did this viral video got hilarious responses, but some netizens also thought deeply about the meaning of life and death. A netizen named @Motherlode_92 said "Yup, joint pains, always feeling tired, even a common cold or a bruise can be a lot for their bodies. Plus, most of the people they knew in their younger years are dead. It's tough living that long." and a Twitter user named @ShhQueensTalkin said "My grandma will be 97 this year and she said she wakes up and wonders "what in the hell am I still doing here?" the old ladies be RET TA GO!"

This is not the only time that grandmothers went viral. Ever since social media accounts were activated, more and more senior citizens are caught doing and saying the most adorable and relatable things. In June 2019, a 27-year-old filmmaker named Ross Smith took a bunch of funny pictures with his 97-year-old grandmother Pauline. Smith posted the pictures on his social media accounts and shared it with his 2.7 million Instagram followers and 9 million Facebook followers.

The funny pictures that he took with his grandmother features outrageous holiday themes, costumes and his grandmother behaving badly. It is clear that both had a blast while doing the photo shoot.

ALSO READ: HILARIOUS! Check Out This Man Who Got His Testicles Stuck Inside an IKEA Chair