Museum Contest: Who Has The Creepiest Exhibit?
Share Tweet Email 0 Comments
NEXT> Best-Selling Women's Handbags of 2020
Wednesday, December 08, 2021
STAY CONNECTED WITH US

Museum Contest: Who Has The Creepiest Exhibit?

Now that almost every city and country in the world right now is on lockdown and everyone is highly advised to stay at home and quarantine, most shops, malls, landmarks, museums, and establishments are also closed. Except for groceries, pharmacies, and other essential establishments, most places now look like a ghost town with everyone in their homes. 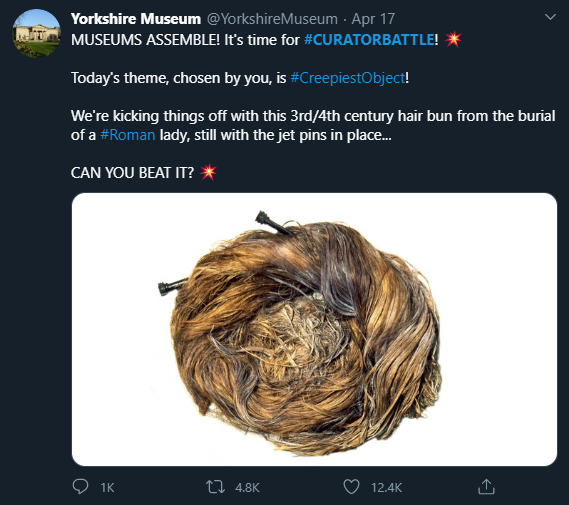 Although quarantine might be quite boring and tiring, many people have their own ways of making quarantine fun and worthwhile. At a time like this, people need more positivity and it should be shared with each and every one. Worrying about the global pandemic will only cause panic and stress, thus, a good laugh could be of use to tone down the negativity. 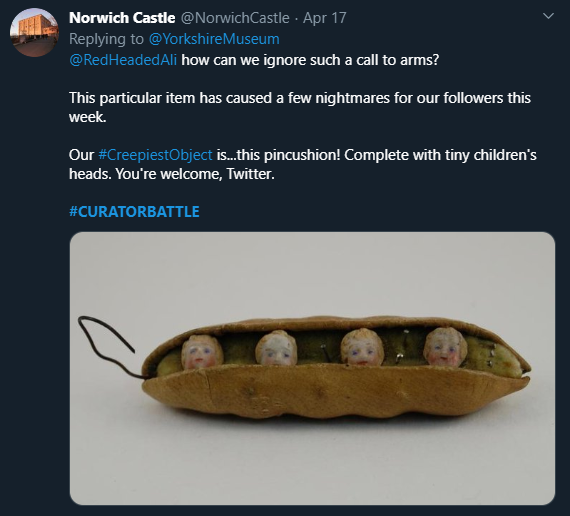 The Yorkshire Museum in England made a new way to improvise a scheme where they can keep everyone entertained even in the comfort of their own home. Although the museum is currently closed due to lockdown rules, the museum authorities have come up with an idea to keep everyone entertained. Thus, they started a battle between their museum and other museums not only in the UK but in the whole world as well. 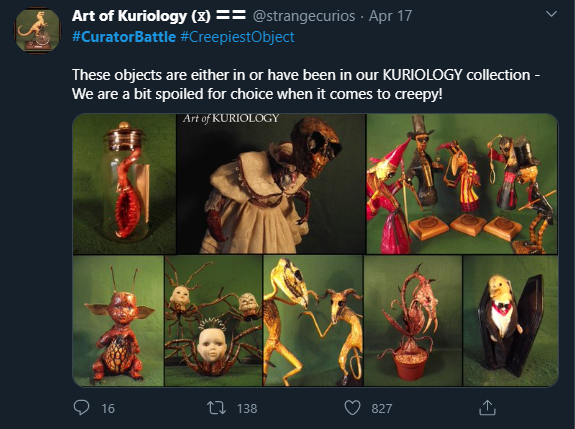 Just a few days ago, the Yorkshire Museum launched a weekly battle on social media that challenges other museums and art exhibitors to showcase objects from their museums and exhibits that are related to the weekly theme. The battle was then called #CuratorBattle and it had every artist and art lovers to join the battle and share their art and their thoughts. 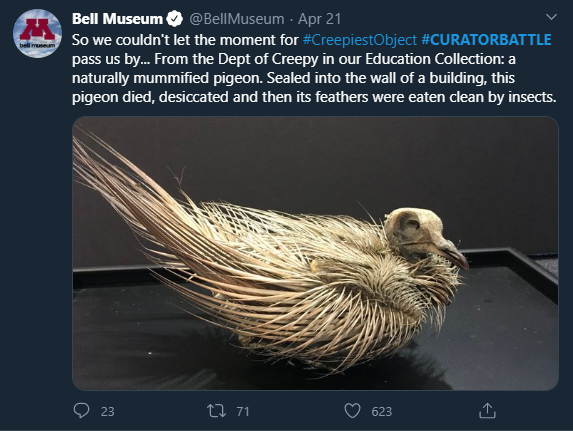 To kick off the competition, the Yorkshire Museum first posted a picture of a Roman woman's hair bun that was extracted from a burial in the third or fourth century. After the photo was posted online, many curators and artists joined the conversation and also shared their sinister possessions. 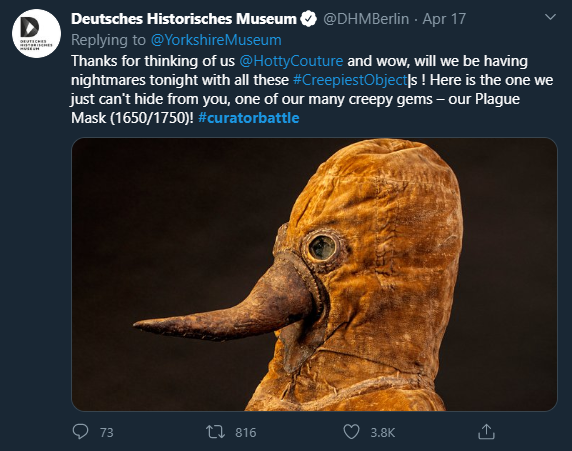 The photos that were mostly shared by curators using the #CuratorsBattle looked very astonishing at the same time it sent chills to anyone who gets to see it. Thus, the battle looked like a battle of who has the creepiest and weirdest objects.

The posts from curators

According to York Museums Trust's digital entertainment officer Millicent Carroll, the curator battle has showcased more than they expected, and it's not only museums who joined the battle. Curators from all over the world showed up and it has increased the public to look at their Twitter account and feed every Friday of what theme they are planning to do for the week. 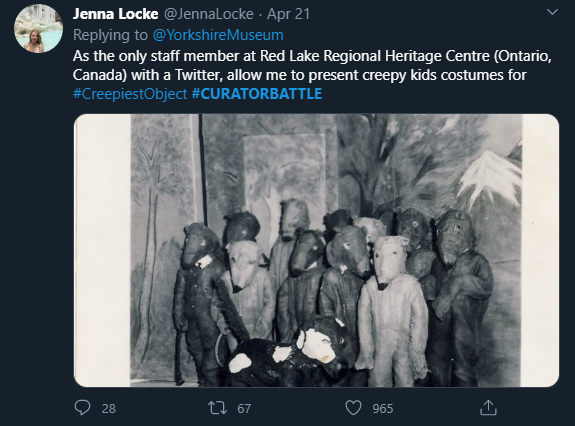 Carroll also shared that the museum did a "Best Egg" theme and many replies showed from different exhibits like Hermitage in Russia and the American Museum of National History. However, she revealed that the creepiest objects still win over every time and every week it is taken to another level. 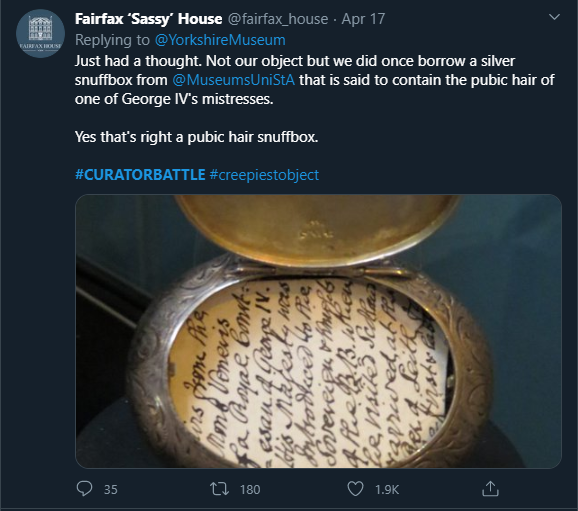 Many museums participated in the battle and shared their replies, such as the German History Museum, Oshawa Museum in Ontario, the New-York Historical Society, and Charleston Museum. The battle also became viral to other parts of the UK, and curators and British museums such as the Imperial War Museum, Bank of England Museum, and the National History Museum also joined in.