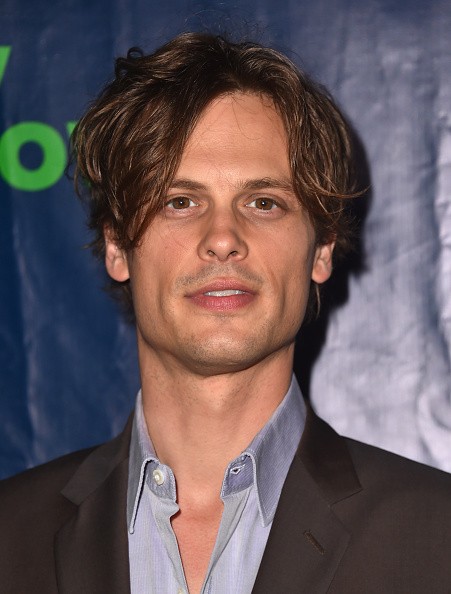 1. Matthew Gray Gubler is not only an actor but also a director, fashion model and painter.

2. He is best known for his role as criminal profiler Dr. Spencer Reid in the CBS television show Criminal Minds.

4. Gubler has appeared in The Life Aquatic with Steve Zissou, (500) Days of Summer, Life After Beth, Suburban Gothic.

5. He voiced Simon in Alvin and the Chipmunks and its three sequels.

7. His mother Marilyn is a rancher and political consultant.

8. His father John Gubler is an attorney.

9. Gubler is a high school graduate of the Las Vegas Academy of International Studies, where he majored in acting, because the school did not offer his first choice, Filmmaking.

10. He is a graduate of New York University's Tisch School of the Arts, where he majored in film directing.

12. While at NYU film school, Gubler was found by a model scout.

13. He worked as a model with DNA Model Management for Tommy Hilfiger, Marc Jacobs, and American Eagle, among others.

15. After he began modeling, Gubler had an internship with Wes Anderson, who encouraged him to audition for a part in his movie The Life Aquatic with Steve Zissou. Gubler did, and landed the role of Nico (a.k.a. Intern #1). This then led in 2005 to his leading role as Dr. Spencer Reid in Criminal Minds.

16. Gubler had a small role in the film RV as the disreputable Joe Joe.

17. His voice will appear in the upcoming Alvin and the Chipmunks: The Road Chip alongside Jason Lee, Justin Long, and Jesse McCartney.

18. He appeared as Bart, the main character, in How to Be a Serial Killer and as Paul in (500) Days of Summer.

19. He provided the voice of Winsor in Scooby-Doo! Legend of the Phantosaur.

20. He has also provided on/off voice-work for Bagdasarian Productions (regarding the character Simon Seville), whenever Ross Bagdasarian Jr. was unable to voice the character himself. This is most notable in the episode "Who's The Animal?".

21. In 2014 Gubler acted in the zombie comedy Life After Beth and the film Suburban Gothic,

22. For his performance in Suburban Gothic he received the Screamfest Award for Best Actor.

24. He played Jimmy Olsen in All-Star Superman and voices The Riddler in the animated film: Batman: Assault on Arkham.

25. While making The Life Aquatic with Steve Zissou, Gubler made a documentary titled Matthew Gray Gubler's Life Aquatic Intern Journal, a behind-the-scenes view of the making of the film, which was later included in The Criterion Collection DVD release.

26. He has directed and starred in a series of self-deprecating mockumentaries named Matthew Gray Gubler: the Unauthorized Documentary in which he parodies Hollywood behavior, which are filmed while on the set of Criminal Minds.

27. Gubler directed, edited, and co-produced the music video for "Don't Shoot Me Santa" by the rock band The Killers.

28. Gubler directed the Criminal Minds Season 5 episode "Mosley Lane", which originally aired March 3, 2010, along with the episode "Lauren", which aired a year later on March 16, 2011.

29. The episode "Lauren" included the exit of Criminal Minds series regular Paget Brewster, who maintains a friendship with Gubler outside of work on the show. Brewster specifically asked Gubler to direct her last episode, although it was announced later that she would return for Season 7.

30. Since 2005, Gubler has been posting paintings on his website.

31. His mediums include watercolor, gouache, oil, and pastel.

32. In September 2005, the Gallery of Fine Art in Ostrava, Czech Republic, held a showing of 12 watercolors by Gubler.

33. All the works that showed in Ostrava, Czech Republic were sold.

34. On September 6, 2008, his art was featured in a group show entitled "Paper Cuts" at The Little Bird art gallery in Atwater Village, California.

35. Gubler contributed a painting of "Sandy The Mammoth" to the Western Heritage Museum & Lea County Cowboy Hall of Fame.

36. In July 2010, his paintings were featured in Juxtapoz magazine.

38. Gubler donated the proceeds of "Mushface" to the Smith Center for the Performing Arts in Las Vegas.

39. Gubler's paintings were highlighted in a 2013 interview with BuzzFeed.

41. In 2009 Gubler dislocated his knee while dancing. The injury required three surgical procedures and the use of a cane for nearly a year.

43. He performed the wedding of former Criminal Minds star Paget Brewster and his best friend, Steve Damstra, on November 29, 2014.

48. His favorite TV show is Carnivàle.