50 facts about Goldie Hawn: took ballet and tap dance lessons at the age of three 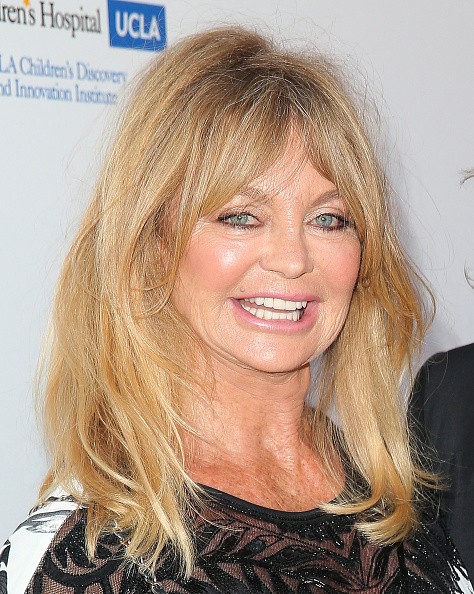 In 1972 Hawn recorded and released a solo country LP for Warner Brothers, titled Goldie. It was recorded with the help of Dolly Parton and Buck Owens. 50 interesting things you missed about actress Goldie Hawn.

2. Her mother Laura was a jewelry shop/dance school owner.

3. Her father Edward Rutledge Hawn was a band musician who played at major events in Washington.

4. She was named after her mother's aunt.

6. She has one sister, Patricia.

7. Her father was a Presbyterian.

8. Her father was of German and English descent.

9. Her mother was Jewish, the daughter of immigrants from Hungary.

10. Hawn had a Jewish upbringing.

11. Hawn began taking ballet and tap dance lessons at the age of three.

12. She danced in the chorus of the Ballet Russe de Monte Carlo production of The Nutcracker in 1955.

13. She made her stage debut in 1961, playing Juliet in a Virginia Shakespeare Festival production of Romeo and Juliet.

14. By 1964, she ran and taught in a ballet school, having dropped out of American University, where she was majoring in drama.

15. In 1964, Hawn made her professional dancing debut in a production of Can-Can at the Texas Pavilion of the New York World's Fair.

16. She began working as a professional dancer a year later, and appeared as a go-go dancer in New York City.

17. Her middle name is Jeanne.

18. She is an actress, director, producer, and occasional singer.

19. Hawn is known for her roles in television's Rowan & Martin's Laugh-In and films such as The Sugarland Express, Private Benjamin, Foul Play, Shampoo, Overboard, Bird on a Wire, Death Becomes Her, The First Wives Club, and Cactus Flower.

20. For Cactus Flower she won the 1969 Academy Award for Best Supporting Actress.

21. She is the mother of actors Oliver Hudson, Kate Hudson, and Wyatt Russell.

22. Hawn has been in a relationship with actor Kurt Russell since 1983.

23. Hawn began her acting career as a cast member of the short-lived situation comedy Good Morning, World during the 1967-1968 television season, her role being that of the girlfriend of a radio disc jockey, with a stereotypical "dumb blonde" personality.

24. Her next role, which brought her to international attention, was as one of the regular cast members on the 1968-1973 sketch comedy show, Rowan & Martin's Laugh-In. On the show, she would often break out into high-pitched giggles in the middle of a joke, and deliver a polished performance a moment after.

25. Noted equally for her chipper attitude as for her bikini and painted body, Hawn was seen as something of a 1960s "It" girl.

26. Her Laugh-In persona was parlayed into three popular film appearances in the late 1960s and early 1970s: Cactus Flower, There's a Girl in My Soup, and Butterflies Are Free.

27. Hawn had made her feature film debut in a bit role as a giggling dancer in the 1968 film The One and Only, Genuine, Original Family Band, in which she was billed as "Goldie Jeanne", but in her first major film role, in Cactus Flower, she won an Academy Award for Best Supporting Actress as Walter Matthau's suicidal fiancée.

28. Hawn's career slowed down after leaving Hollywood in the late 1980s.

29. Her career revived somewhat in 1990 with the action comedy Bird on a Wire, a critically panned but commercially successful picture that paired Hawn with Mel Gibson.

30. In 2001 Hawn was reunited with former co-stars Warren Beatty and Diane Keaton for the comedy, Town & Country, a critical and financial fiasco. Budgeted at an estimated US$90 million, the film opened to little notice and grossed only $7 million in its North American theatrical run.

31. In 2002, she appeared in The Banger Sisters opposite Susan Sarandon and Geoffrey Rush.

35. She also stated, "It's not the idea of a particular religion that's important; it's the development of a spiritual life".

37. Her second husband was Bill Hudson, of the Hudson Brothers.

40. Hawn has been in a relationship with actor Kurt Russell since 1983.

41. They first met while filming The One and Only, Genuine, Original Family Band, but became involved after meeting on the set of Swing Shift.

43. They also own a home in Palm Desert, California.

44. Hawn is also the stepmother of Kurt Russell's son Boston.

48. Hawn founded the Hawn Foundation, which provides youth education programs intended to improve academic performance through "life-enhancing strategies for well-being". The Hawn Foundation has supported research studies conducted by external researchers to evaluate the effectiveness of its educational program for children, called MindUP.

49. She also hosted two television specials: Pure Goldie in 1971 and The Goldie Hawn Special in 1978.

50. In 1972 Hawn recorded and released a solo country LP for Warner Brothers, titled Goldie. It was recorded with the help of Dolly Parton and Buck Owens.