50 facts about actress and model Chloë Grace Moretz
Share Tweet Email 0 Comments
NEXT> 50 facts about Cindy Crawford: known for her trademark mole just above her lip
Sunday, January 26, 2020
STAY CONNECTED WITH US 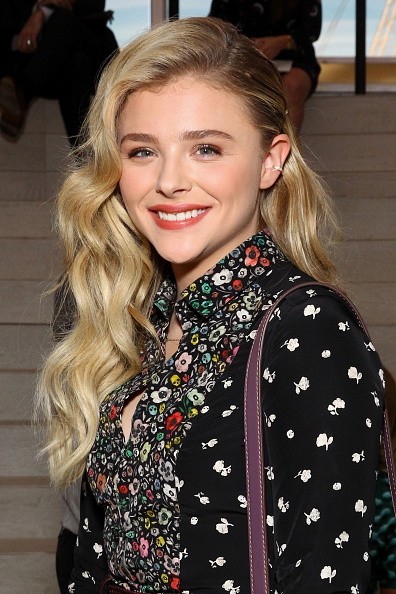 Chloë Grace Moretz began her acting career in 2004 at the age of seven. Learn 50 facts about Moretz.

1. Moretz was born in Atlanta, Georgia.

3. Her father, McCoy Lee Moretz is a plastic surgeon.

4. She has four older brothers: Brandon, Trevor, Colin, and Ethan.

5. She has described her family as "very Christian".

6. She moved from Cartersville, Georgia, to New York City in 2002, with her mother and her older brother, Trevor, because he was accepted into the Professional Performing Arts School, which is what first drew her interest in acting.

7. Moretz would help Trevor read lines, and he taught her some acting techniques that he learned in school.

8. When Moretz realized how much she enjoyed acting, the family decided to attend some auditions to see if she could apply her skills professionally.

9. As of 2010, Trevor is her acting coach and accompanies her on trips and press dates when her parents are unable to attend.

12. Her first award nomination came the following year for The Amityville Horror.

13. Her film credits include Days of Summer, Diary of a Wimpy Kid, Kick-Ass, Let Me In, Hugo, Dark Shadows, Carrie, If I Stay and The Equalizer.

15. In 2014, she performed in The Public Theatre's off-Broadway production of The Library in March and April.

16. Her modeling career has included cover and feature shoots for publications such as Vogue, Marie Claire, and Elle.

17. Moretz's first acting role in Hollywood was as Violet in two episodes of the CBS series The Guardian, and her first film role was as Molly in Heart of the Beholder.

18. It was not until her second big-screen acting role, in the 2005 remake of The Amityville Horror, that she earned greater recognition in the form of a Young Artist Award nomination.

19. After Amityville, Moretz's acting career progressed further when she received several guest-starring roles on TV, as well as a small role in Big Momma's House 2.

21. Moretz also voiced the U.S. version of the animated character Darby in My Friends Tigger & Pooh.

22. Moretz also co-starred as Cammie, an abused child, in The Poker House.

24. In 2010, Moretz appeared as Hit-Girl in director Matthew Vaughn's action film Kick-Ass, based on the comic book seriese.

25. For her role in Kick-Ass, Moretz trained with Jackie Chan's stunt crew for three months prior to filming and did most of her own stunts while filming on location.

27. In November, at age 13, she was called "the busiest actress in Hollywood".

29. She played Isabelle in Martin Scorsese's Hugo, a film adaptation of The Invention of Hugo Cabret. Hugo, which was nominated for 11 Oscars, co-starred Asa Butterfield, Ben Kingsley, Sacha Baron Cohen and Helen McCrory.

30. Moretz starred in Hick, an adaptation of the novel by Andrea Portes.

31. She appeared in the 2012 Tim Burton film Dark Shadows, a remake of the popular soap opera, playing the role of Carolyn Stoddard, a rebellious teenage daughter.

33. When asked in October 2012 why she tends to gravitate towards playing darker, troubled characters, such as those in Let Me In, Kick-Ass, Hick, and Carrie, Moretz responded that she has such a happy family life, and finds it challenging to play characters that are significantly different from that reality.

34. In January 2013, Moretz was chosen to play the protagonist Mia in the adaptation of Gayle Forman's If I Stay. The story follows a 17-year-old classical musician as she deals with the aftermath of a catastrophic car accident involving her family and has an out-of-body experience.

35. From March 25 through April 27, 2014, Moretz made her Off-Broadway debut in The Library, directed by Steven Soderbergh.

36. Sony Pictures announced in April 2014 that Moretz was signed to play the role of Cassie Sullivan in The 5th Wave, an adaptation of the New York Times best-selling novel by Rick Yancey. A release date of January 29, 2016, was set.

37. Moretz joined the cast of Brain on Fire, based on the memoir by Susannah Cahalan, in June 2015. Moretz replaced Dakota Fanning, who was committed to another project.

38. In July, she completed filming the crime drama November Criminals; also in July, Universal Studios confirmed Moretz was signed to join Zac Efron and Seth Rogen in the upcoming film Neighbors 2, which is the sequel to the 2014 film Neighbors.

40. Also in November, Moretz was announced as the star of Universal Studios' live action version of The Little Mermaid, to be written by Richard Curtis.

42. She has also been invited to various haute couture events, such as Dior Spring / Summer 2013 at Paris Fashion Week.

45. In February 2013, Elle magazine awarded her with the "Next Future Icon Award" at the "Elle Style Awards" gala held in London.

46. In order to maintain a clear separation between her professional and personal life, Moretz does not invite her friends to film sets or premieres; she says it is easier for her to focus on work, and to relax with her friends when not working.

47. Moretz considers herself a feminist, and has turned down film characters who are overtly sexualized.

48. She took on the role of a teenage prostitute in The Equalizer because her character "felt so real", rather than a mere "plot device".

49. In October 2014, Moretz was named one of the 25 Most Influential Teens of the year by Time magazine.

50. In her free time she enjoys swimming. She also likes gymnastics and basketball.