50 facts about actor Clint Eastwood: he is certified pilot and often flies his helicopter to the studios to avoid traffic
Share Tweet Email 0 Comments
NEXT> 50 Facts About Ralph Fiennes - Lord Voldemort From ‘Harry Potter’ Franchise
Wednesday, February 26, 2020
STAY CONNECTED WITH US

50 facts about actor Clint Eastwood: he is certified pilot and often flies his helicopter to the studios to avoid traffic 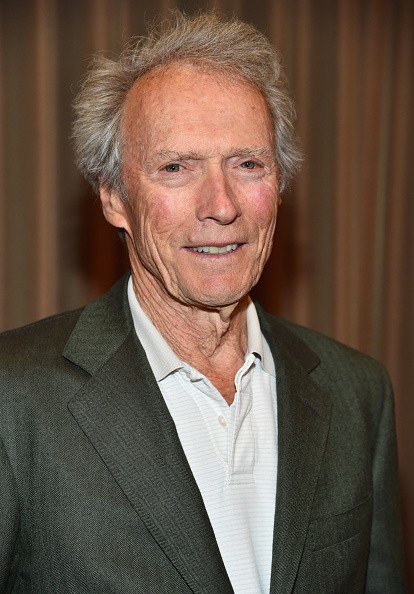 2. He is the song of Clinton Eastwood Sr., a steelworker and migrant worker.

4. He was nicknamed "Samson" by the hospital nurses because he weighed 11 pounds 6 ounces (5.2 kg) at birth.

7. Eastwood is of English, Irish, Scottish, and Dutch ancestry.

8. He was raised in a working class environment.

10. His family moved often as his father worked at jobs along the West Coast. They finally settled in Piedmont, California, where Eastwood attended Piedmont Junior High School.

11. Shortly before he was to enter Piedmont High School, he rode his bike on the school's sports field and tore up the wet turf; this resulted in his being asked not to enroll. Instead, he attended Oakland Technical High School, where the drama teachers encouraged him to take part in school plays. However, Eastwood was not interested.

12. He worked at a number of jobs, including lifeguard, paper carrier, grocery clerk, forest firefighter, and golf caddy.

13. In 1951, Eastwood enrolled at Seattle University but was then drafted into the United States Army and assigned to Fort Ord in California, where he was appointed as a lifeguard and swimming instructor.

14. While returning from a weekend visit to his parents in Seattle, Washington, he was a passenger on a Douglas AD bomber that ran out of fuel and crashed into the ocean near Point Reyes. Escaping from the sinking aircraft, he and the pilot swam 3 miles (5 km) to safety.

16. He rose to international fame with his role as the Man with No Name in Sergio Leone's Dollars trilogy of spaghetti Westerns during the 1960s, and as antihero cop Harry Callahan in the five Dirty Harry films throughout the 1970s and 1980s. These roles, among others, have made him an enduring cultural icon of masculinity.

17. For his work in the Western film Unforgiven and the sports drama Million Dollar Baby, Eastwood won Academy Awards for Best Director and Producer of the Best Picture, as well as receiving nominations for Best Actor.

18. His greatest commercial successes have been the adventure comedy Every Which Way But Loose and its sequel, the action comedy Any Which Way You Can, after adjustment for inflation.

19. Other popular films include the Western Hang 'Em High, the psychological thriller Play Misty for Me, the crime film Thunderbolt and Lightfoot, the Western The Outlaw Josey Wales, the prison film Escape from Alcatraz, the action film Firefox, the suspense thriller Tightrope, to name a few.

20. In addition to directing many of his own star vehicles, Eastwood has also directed films in which he did not appear, such as the mystery drama Mystic River and the war film Letters from Iwo Jima, for which he received Academy Award nominations, and the drama Changeling.

21. The war drama biopic American Sniper set box office records for the biggest January release ever and was also the biggest opening ever for an Eastwood film.

22. He received considerable critical praise in France for several films, including some which were not well received in the United States.

23. He has been awarded two of France's highest honors: in 1994 he became a recipient of the Commandeur of the Ordre des Arts et des Lettres and in 2007 he was awarded the Légion d'honneur medal.

24. In 2000, he was awarded the Italian Venice Film Festival Golden Lion for lifetime achievement.

25. Since 1967, Eastwood has run his own production company, Malpaso, which has produced all except four of his American films.

27. From the very early days of his career Eastwood was frustrated by directors' insistence that scenes be re-shot multiple times and perfected, and when he began directing in 1970, he made a conscious attempt to avoid any aspects of directing he had been indifferent to as an actor. As a result, Eastwood is renowned for his efficient film directing and ability to reduce filming time and to keep budgets under control.

28. He usually avoids actors' rehearsing and prefers most scenes to be completed on the first take.

29. When acting in others' films he sometimes takes over directing, such as for The Outlaw Josey Wales, if he believes production is too slow.

30. In preparation for filming Eastwood rarely uses storyboards for developing the layout of a shooting schedule.

31. He also attempts to reduce script background details on characters to allow the audience to become more involved in the film, considering their imagination a requirement for a film that connects with viewers.

32. Eastwood has indicated that he lays out a film's plot to provide the audience with necessary details, but not "so much that it insults their intelligence."

33. Eastwood, age twenty-three, married Maggie Johnson on December 19, 1953, six months after they met on a blind date. However, the marriage would not prove altogether smooth, with Eastwood commenting that he had married too early.

34. A decade later, during a trial separation from Johnson, an affair Eastwood engaged in with dancer and stuntwoman Roxanne Tunis produced his first child, Kimber Eastwood whose existence was kept secret from the public until July 1989, when the National Enquirer revealed her identity.

35. After a reconciliation, he and Johnson had two children together: Kyle Eastwood and Alison Eastwood.

36. Johnson filed for legal separation in 1978, after another long period of estrangement, but did not officially divorce Eastwood until May 1984.

37. Eastwood's relationship with actress Sondra Locke began in the autumn of 1975 while filming The Outlaw Josey Wales.

38. Eastwood and Locke went on to star in five more films together: The Gauntlet, Every Which Way But Loose, Bronco Billy, Any Which Way You Can, and Sudden Impact. By the late eighties, their relationship was on the decline.

39. In 1990, Eastwood moved in with actress Frances Fisher, whom he had met on the set of Pink Cadillac in late 1988. They co-starred in Unforgiven, and had a daughter, Francesca Eastwood. Eastwood and Fisher ended their relationship in early 1995, but remain friends and later worked together in True Crime.

40. Eastwood subsequently started dating Dina Ruiz, a television news anchor thirty-five years his junior, whom he had first met when she interviewed him in 1993. They married on March 31, 1996, when Eastwood surprised her with a private ceremony at a home on the Shadow Creek Golf Course in Las Vegas. The couple has one daughter, Morgan Eastwood.

41. In August 2013, Dina Eastwood announced that she and her husband had been living separately for an undisclosed length of time. On October 23, 2013, Dina filed for divorce after she withdrew her request of a separation citing irreconcilable differences.

42. Despite smoking in some of his films, Eastwood is a lifelong non-smoker, has been conscious of his health and fitness since he was a teenager, and practices healthful eating and daily Transcendental Meditation.

43. He opened an old English-inspired pub called the Hog's Breath Inn in Carmel-by-the-Sea, California in 1971.

44. Eastwood sold the pub and now owns the Mission Ranch Hotel and Restaurant in Carmel-by-the-Sea.

45. He is an avid golfer and owns the Tehàma Golf Club.

46. He is an investor in the world-renowned Pebble Beach Golf Links west of Carmel and donates his time to charitable causes at major tournaments.

47. Eastwood is a certified pilot and often flies his helicopter to the studios to avoid traffic.

50. He is also a pianist and composer.