50 facts about Christian Slater: made his film debut with leading role in the film The Legend of Billie Jean
Share Tweet Email 0 Comments
NEXT> 50 facts about Matthew Perry: mostly known for his role as Chandler Bing on the sitcom Friends
Monday, March 30, 2020
STAY CONNECTED WITH US

50 facts about Christian Slater: made his film debut with leading role in the film The Legend of Billie Jean 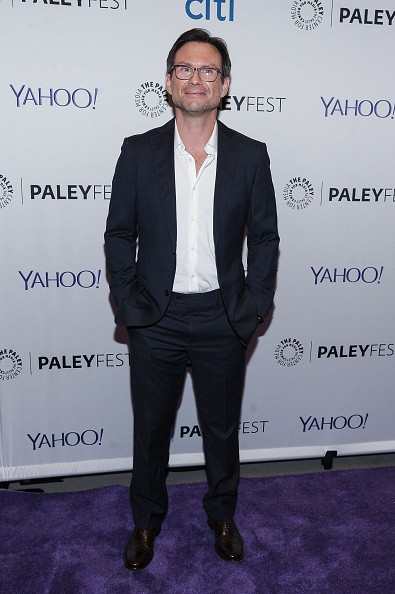 In the 1990s, Slater starred in many big budget films, including Robin Hood: Prince of Thieves, Interview with the Vampire: The Vampire Chronicles, Broken Arrow, and Hard Rain. Learn 50 facts you missed about actor Christian Slater.

3. His father is Michael Hawkins, an actor who is also known as Michael Gainsborough.

5. His brother is also actor.

6. Though he played her character's younger brother in the movie The Legend of Billie Jean, he is not related to Helen Slater.

7. He attended the Dalton School, the Professional Children's School and the Fiorello H. LaGuardia High School of Music & Art and Performing Arts.

9. He made his film debut with a leading role in the 1985 film The Legend of Billie Jean.

10. He played a monk's apprentice alongside Sean Connery in The Name of the Rose before gaining wider recognition for his breakthrough role in the cult film Heathers.

11. In the 1990s, Slater starred in many big budget films, including Robin Hood: Prince of Thieves, Interview with the Vampire: The Vampire Chronicles, Broken Arrow, and Hard Rain.

12. He was also featured in the cult film True Romance.

13. Since 2000, Slater has combined work in the film business with television, including appearances in The West Wing and Alias and starring in Breaking In and Mind Games.

14. He played the title character on the USA Network series Mr. Robot.

16. Slater and Haddon had two children together.

17. Slater has had widely publicized brushes with the law, including being sentenced to three months in jail for assault in 1997.

18. Following a run on the ABC soap opera Ryan's Hope, Slater made his Broadway debut as the lisping Winthrop Paroo opposite Dick Van Dyke in the 1980 revival of The Music Man.

19. Additional Broadway credits include Copperfield, Merlin, Macbeth, Side Man, and The Glass Menagerie.

20. In addition he has performed in London's West End in One Flew Over the Cuckoo's Nest and Swimming With Sharks.

21. Slater made his big screen debut in 1985's The Legend of Billie Jean playing Billie Jean's brother Binx. Though expected to be a big hit, the film fell short at the box office, despite gaining a cult following.

22. Slater's career rose to new heights when he played the dark character J.D. in the 1989 film Heathers alongside Winona Ryder. Heathers was billed as the teen film of the late 1980s.

23. Slater beat out many other actors such as Brad Pitt for the part in Heathers and his performance drew comparison with a young Jack Nicholson.

24. After Heathers, Slater had offers to play more troubled youths, including as a rebellious teen in Pump Up the Volume and a wild gunman in Young Guns II, in which Slater acted alongside Emilio Estevez and Kiefer Sutherland.

25. Slater was to voice the title character in 'Igor', however later was replaced by John Cusack.

26. His former wife Ryan Haddon, was the daughter of 1970s model Dayle Haddon.

27. Slater was once quoted as saying "Work is my hobby, staying sober is my job."

29. Slater has been a supporter of several charities, including 21st Century Leaders, Global Green and Whatever It Takes.

30. Slater appeared in an educational video on behalf of Nelson Mandela's 46664 charity for AIDS awareness.

31. He has also worked to promote humanitarian work in South Africa.

32. In 1994, Slater donated his earnings from the film Interview with the Vampire: The Vampire Chronicles to River Phoenix's favorite charities.

33. Slater had taken a role in the film planned to be filled by Phoenix after the latter died in 1993.

34. In early May 2009, Slater visited wounded and recovering soldiers of Walter Reed Army Medical Center for the USO.

39. Since 2000 Slater has mixed TV work with leading roles in mainly lower budget films along with supporting roles in a few mainstream productions, appearing in the successful The West Wing and Alias TV productions, but also being part of Hollywood films, including Bobby and 3000 Miles to Graceland.

41. He has also worked as a voice-over artist in productions, including the character of 'Pip' in the successful Australian animated film FernGully: The Last Rainforest, The Adventures of Jimmy Neutron: Boy Genius and TV documentaries, including Prehistoric Planet and Dinosaur Planet.

42. Slater also voiced the character John Watson a.k.a. "Wonko the Sane" in BBC Radio 4's production of The Hitchhiker's Guide to the Galaxy.

43. Slater starred in the television series My Own Worst Enemy in 2008 and The Forgotten in 2009.

44. In 2011 he co-starred in the action film The River Murders, with Ray Liotta and Ving Rhames.

45. Also in 2011, he starred in the television series, Breaking In, which lasted two seasons.

46. Slater co-starred in another film with Ving Rhames, Soldiers of Fortune, and in the Sylvester Stallone action thriller Bullet to the Head, directed by Walter Hill.

47. He co-starred in the 2014 television series, Mind Games, which was cancelled after only five episodes were aired.

48. He has a green belt in kempo karate.

50. Actor Michael Zaslow was his godfather.