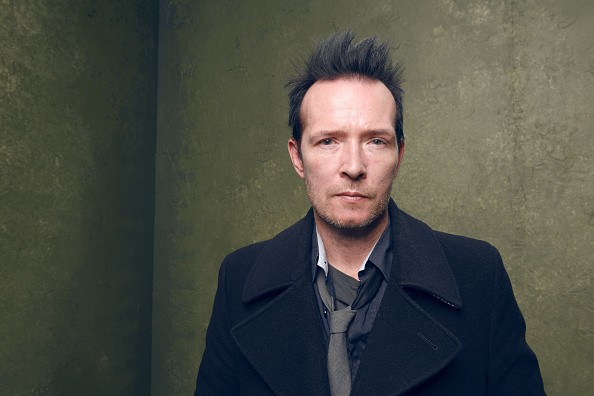 2. He was an American musician and singer-songwriter.

3. During a career spanning three decades, Weiland was best known as the frontman for the successful rock band Stone Temple Pilots from 1986 to 2013.

5. He had also established himself as a solo artist.

6. As a solo artist he released four studio albums, a cover album, a live album and collaborations with several other musicians since 1995.

7. Weiland's onstage persona was known as being flamboyant and chaotic.

8. He was also known for constantly changing his appearance and vocal style.

9. He used to use a megaphone in concert for vocal effect.

10. Widely viewed as a talented and versatile vocalist, Weiland has been ranked in the Top 100 Heavy Metal Vocalists by Hit Parader.

11. His surname was changed after he was adopted by his stepfather David Weiland at age 5.

13. Weiland's childhood friends Corey Hicock and David Allin rounded out the group, both of whom would soon be replaced by Eric Kretz and DeLeo's brother Dean. They took the name Stone Temple Pilots due to their fondness of the initials "STP".

15. In November 2000, Weiland was invited to perform on the show VH1 Storytellers with the surviving members of The Doors.

16. Weiland did vocals on two Doors songs, "Break on Through (To the Other Side)" and "Five to one".

17. Stone Temple Pilots appeared on The Doors tribute CD, Stoned Immaculate with their own rendition of "Break on Through" as the lead track.

18. In 1995, Weiland formed the alternative rock band The Magnificent Bastards with session drummer Victor Indrizzo in San Diego. The band included Zander Schloss and Jeff Nolan on guitars and Bob Thompson on bass. Only two songs were recorded by The Magnificent Bastards, "Mockingbird Girl," composed by Nolan, Schloss, and Weiland, appeared in the film Tank Girl and on its soundtrack, and a cover of John Lennon's "How Do You Sleep?" was recorded for the tribute album, Working Class Hero: A Tribute to John Lennon.

19. While STP went on hiatus after the release of Tiny Music..., Weiland released a solo album 1998 called 12 Bar Blues. Weiland wrote most of the songs on the album, and collaborated with several artists, notably Daniel Lanois, Sheryl Crow, Brad Mehldau and Jeff Nolan.

20. In late 2002 Stone Temple Pilots broke up with the DeLeo brothers and Weiland havingsignificant altercations back stage.

21. In 2002, former Guns N' Roses members - guitarist Slash, bassist Duff McKagan and drummer Matt Sorum - as well as former Wasted Youth guitarist Dave Kushner were looking for a singer to help form a new band. Throughout his career Weiland had become acquainted with the four musicians.

22. He became friends with McKagan after attending the same gym, was in rehab at the same time as Sorum, and once played on the same bill as Kushner.

23. On November 25, 2008, Weiland released his second solo album, "Happy" in Galoshes, produced by Weiland and songwriting-producing partner Doug Grean. Weiland went on tour in early 2009 to promote the album.

24. On August 30, 2011, Weiland released a covers album, A Compilation of Scott Weiland Cover Songs, exclusively through his website. The album was originally to be released along with

25. Scott's autobiography until he decided to release it separately, stating, " actually turned out so well that we're going to release a single and put it out on its own, 'cause I think it's...it's sort of my Pinups, I guess you'd say."

26. On October 4, 2011, Weiland released The Most Wonderful Time of the Year, an album consisting entirely of Christmas music. Weiland supported the album with a club tour of the United States.

27. In January 2015, Weiland was announced as the singer of a new band, along with Ron "Bumblefoot" Thal, John Moyer, Jon Votta and Vince Votta entitled Art of Anarchy, with an album set to release in Spring 2015. The band's origins came from a friendship between Bumblefoot and the Votta brothers that dates back many years.

28. In 2006, Weiland launched his own record label, Softdrive Records.

29. Later, Weiland announced that his label signed the up-and-coming rock band, Something to Burn.

30. On December 19, 2008 Weiland signed a publishing deal with Bug Music, allowing Weiland to "receive funding to pursue the development of creative projects and writers for Bug Music through his co-founded label, Softdrive Records." The deal includes Weiland's share of the Stone Temple Pilots catalog and future solo projects.

31. On January 21, 2009 Weiland announced the launch of his clothing line, Weiland for English Laundry, in partnership with designer Christopher Wicks.

32. Weiland's vocal and musical style has proved to be versatile, evolving constantly throughout his career.

33. At the peak of Stone Temple Pilots' success in the early to mid-1990s, Weiland displayed a deep, baritone vocal style that was initially closely compared to that of Pearl Jam singer Eddie Vedder.

34. However, as STP continued to branch out throughout its career, so did Weiland's vocal style. The band's third album, Tiny Music... Songs from the Vatican Gift Shop, had Weiland singing in a much higher, raspier tone to complement the band's more 60's rock-influenced sound on that album. Later albums showcased Weiland's influences ranging from bossa nova on Shangri-La Dee Da to blues rock and classic rock on the band's 2010 self-titled album.

40. Weiland and Forsberg have two children, Noah and Lucy.

41. In 2005, Weiland and his son Noah were featured on comedian David Spade's The Showbiz Show with David Spade during a comedy sketch about discouraging music file sharing. Noah has a line during the sketch in which he asks a little girl, "Please buy my daddy's album so I can have food to eat."

42. In a 2007 interview with Blender Magazine, Weiland mentioned that he was raised a Catholic.

43. Weiland was diagnosed with bipolar disorder.

44. Weiland was a Notre Dame football fan, as his stepfather is an alumnus.

45. In September 2006, Weiland performed at the University of Notre Dame's Legends Restaurant on the night before a football game. He sang several of his solo songs as well as "Interstate Love Song" and a cover of Pink Floyd's "Wish You Were Here".

47. In a November 2012 interview with Rolling Stone, Weiland revealed that he was engaged to photographer Jamie Wachtel whom he met during the 2011 filming of his music video for the song, "I'll Be Home for Christmas".

49. Weiland's younger brother Michael died of cardiomyopathy in early 2007. The Velvet Revolver songs "For a Brother" and "Pills, Demons, & Etc" from the album Libertad are about Michael. Weiland said in an interview with MTV News in November 2008 that several songs on "Happy" in Galoshes were inspired by the death of his brother and his separation from Mary.