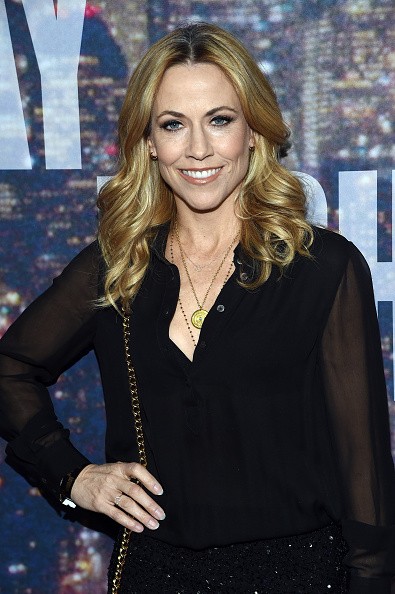 50 things you had no idea about singer Sheryl Crow.

2. She was born in Kennett, Missouri.

3. Her mother is Bernice, a piano teacher.

4. Her father is Wendell Wyatt Crow, a lawyer and trumpet player.

5. Her great-grandfather was congressman Charles A. Crow.

6. She has two older sisters named Kathy and Karen and a younger brother named Steven.

7. While studying at Kennett High School, Crow was a majorette and an all-state track athlete, medaling in the 75-meter low hurdles.

8. Enrolled at the University of Missouri in Columbia and received a Bachelor of Arts degree in music composition, performance, and education.

9. While at the university, she sang in the local band Cashmere. She was a member of the Kappa Alpha Theta sorority, Sigma Alpha Iota International Music Fraternity for Women, and the Omicron Delta Kappa Society as well as working as a 'Summer Welcome' orientation leader.

10. Crow was later awarded honorary doctorates from the University of Missouri and Southeast Missouri State University in Cape Girardeau, Missouri.

11. Crow has stated that her musical inspirations are not restricted to one genre-she likes anything with a drum beat. In 2008, she told Ellen DeGeneres that 'If it didn't have a drum beat, you can just forget about it!'

12. Sheryl Crow is also an actress.

15. Crow has garnered nine Grammy Awards from the National Academy of Recording Arts and Sciences.

18. As an actress, Crow has appeared on various television shows including 30 Rock, GCB, Cougar Town, Jon Stewart and Stephen Colbert's Rally to Restore Sanity and/or Fear, as well as One Tree Hill.

19. After graduating from the University of Missouri, Crow worked as a music teacher at the Kellison elementary school in Fenton, Missouri. Teaching during the day gave her the opportunity to sing in bands on the weekends.

20. She was later introduced to local musician and record producer Jay Oliver. He had a thriving studio in the basement of his parents' home in St. Louis and helped her by using her in advertising jingles.

21. Her first jingle was a 'back to school' spot for the St Louis department store Famous-Barr. Soon after she created commercial jingles for McDonald's and Toyota.

23. Crow toured with Michael Jackson as a backing vocalist during his Bad World Tour 1987-89 and often performed with Jackson on "I Just Can't Stop Loving You".

24. She also recorded background vocals for performances for a number of established artists such as Stevie Wonder, Belinda Carlisle and Don Henley.

26. Her song "Heal Somebody" appeared in the film Bright Angel.

29. Tuesday Night Music Club featured many of the songs written by Crow's friends, including the second single, "Leaving Las Vegas". The album was slow to garner attention, until "All I Wanna Do" became an unexpected smash hit in the fall of 1994.

30. As she later stated in People, she found an old poetry book in a used book store in the L.A. area and used a poem as lyrics in the song "All I Wanna Do".

36. In 1996, Crow released her self titled second album. The album had songs about abortion, homelessness and nuclear war. She produced the album herself and also played a variety of instruments, from various guitars, bass or pedal steel to various organs and piano.

37. The debut single from her second album, "If It Makes You Happy", became a radio success and netted her two Grammy awards for Best Female Rock Vocal Performance and Best Rock Album.

41. She dated actor Owen Wilson; the song "Safe and Sound" on the album C'mon C'mon was dedicated to him.

43. Crow and Armstrong announced their engagement in September 2005 but jointly announced they had split on February 3, 2006.

44. After being diagnosed with ductal carcinoma in situ (DCIS), a non-invasive form of breast cancer, Crow underwent a lumpectomy at a Los Angeles facility on February 22, 2006 followed by seven weeks of radiation therapy.

49. In November 2011 Crow discovered that she has a meningioma, the most common kind of brain tumor and is usually benign. Because it was causing no problems she did not require treatment but got regular follow-up exams.

50. Crow had been involved with the Scleroderma Research Foundation (SRF) since the late 1990s, performing at fund-raisers and befriending Sharon Monsky. In 2002, as a result of her friend Kent Sexton dying from scleroderma, she interrupted work on her new album C'mon C'mon to record the traditional hymn Be Still, My Soul, to be played at his funeral.