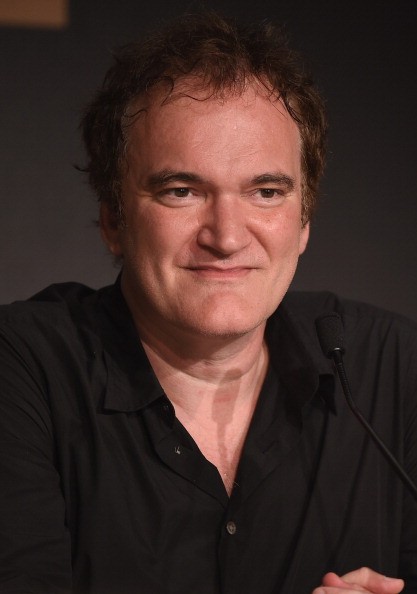 2. His father Tony Tarantino was an entertainer and actor.

3. His father is of Italian descent.

4. His mother has English and Irish ancestry.

6. Quentin's mother met his father during a trip to Los Angeles, when Tony Tarantino was a law student and would-be entertainer. She married him soon after, to gain independence from her parents, but the marriage did not last. Connie Tarantino left Los Angeles, and moved to Knoxville, Tennessee, where her parents lived.

7. In 1966, Tarantino's mother, after finishing her nursing studies, moved back to Los Angeles with her then three-year-old son. They lived in South Bay, in the southern part of the city. Quentin Tarantino would grow up here.

9. Zastoupil encouraged his love of movies, and accompanied him to numerous film screenings.

10. After his mother divorced Zastoupil in 1973, and received a misdiagnosis of Hodgkin's lymphoma, Tarantino was sent to live with his grandparents in Tennessee. He remained there for about six months to a year, before returning to California.

11. His mother's next husband, to whom she was married for eight years, also took Tarantino to films.

12. At 14 years old, Tarantino wrote one of his earliest works, a script called Captain Peachfuzz and the Anchovy Bandit, where a thief steals pizzas from a pizzeria. It was based on Hal Needham's 1977 film Smokey and the Bandit, starring Burt Reynolds.

13. The summer after his fifteenth birthday, Tarantino was grounded by his mother for stealing Elmore Leonard's novel The Switch from Kmart. He was only allowed to leave to attend the Torrance Community Theater.

14. At about 15 or 16, Tarantino dropped out of Narbonne High School in Harbor City, Los Angeles.

16. Later, he put himself in acting classes at the James Best Theatre Company, where he met several people who would later appear in his films.

17. While at the James Best, Tarantino also met Craig Hamann, with whom he collaborated to produce My Best Friend's Birthday, an eventually-forsaken film project.

18. He impersonated Elvis Presley in "Sophia's Wedding: Part 1", an episode in the fourth season of The Golden Girls, which was broadcast on November 19, 1988.

19. Tarantino also worked as a recruiter in the aerospace industry, and for five years, he worked in Video Archives, a video store in Manhattan Beach, California.

20. Former Buffy the Vampire Slayer actor Danny Strong described Tarantino as a "fantastic video store clerk." "[Tarantino] was such a movie buff. He had so much knowledge of films, that he would try to get people to watch really cool movies."

22. His films are characterized by non-linear storylines, satirical subject matter, an aestheticization of violence, references to pop culture, their soundtracks, and features of neo-noir film.

23. In the early 1990s, he began his career as an independent filmmaker with the release of Reservoir Dogs in 1992; regarded as a classic and cult hit, it was called the "Greatest Independent Film of All Time" by Empire. Its popularity was boosted by his second film, Pulp Fiction, a black-comedy crime film that was a major success both among critics and audiences.

24. Tarantino paid homage to the blaxploitation films of the 1970s with Jackie Brown, an adaptation of the novel Rum Punch.

25. Kill Bill, a highly stylized "revenge flick" in the cinematic traditions of Japanese martial arts, spaghetti Westerns and Italian horror, followed six years later, and was released as two films: Volume 1 in 2003 and Volume 2 in 2004.

26. Tarantino directed Death Proof as part of a double feature with friend Robert Rodriguez, under the collective title Grindhouse.

27. His long-postponed Inglourious Basterds, which tells the fictional alternate history story of two plots to assassinate Nazi Germany's political leadership, was released in 2009 to positive reviews.

28. His most recent work is 2012's critically acclaimed Django Unchained, a Western film set in the antebellum era of the Deep South. It became the highest-grossing film of his career so far, making over $425 million at the box office.

30. Tarantino's films have garnered both critical and commercial success. He has received many industry awards, including two Academy Awards, two Golden Globe Awards, two BAFTA Awards and the Palme d'Or, and has been nominated for an Emmy and a Grammy.

32. Filmmaker and historian Peter Bogdanovich has called him "the single most influential director of his generation".

33. In recent years, Tarantino has used his Hollywood power to give smaller and foreign films more attention than they might have received otherwise. These films are usually labeled "Presented by Quentin Tarantino" or "Quentin Tarantino Presents".

35. In 2006, the latest "Quentin Tarantino presents" production, Hostel, opened at No. 1 at the box office with a $20.1 million opening weekend, good for 8th all time in January.

37. In 2008 he produced the Larry Bishop-helmed Hell Ride, a revenge biker film.

38. In addition, in 1995 Tarantino formed Rolling Thunder Pictures with Miramax to release or re-release several independent and foreign features.

39. Tarantino has described himself as non-religious yet has often stated a belief in divine inspiration, which he has admitted confuses him.

40. He believes in reincarnation.

41. Tarantino has also said, "I'm not saying that I'll never get married or have a kid before I'm 60. But I've made a choice, so far, to go on this road alone. Because this is my time to make movies."

42. He has previously been in relationships with Mira Sorvino, Kathy Griffin, director Sofia Coppola, and writer Lianne MacDougall.

43. Tarantino has said that he plans to retire from filmmaking when he is 60, in order to focus on writing novels and film literature.

44. He is skeptical of the film industry going digital, saying, "If it actually gets to the place where you can't show 35 mm film in theatres anymore and everything is digital projection, I won't even make it to 60."

45. On February 18, 2010, it was announced that Tarantino had bought the New Beverly Cinema. Tarantino has allowed the current owners to continue operating the theater, but he will be making programming suggestions from time to time. He was quoted as saying: "As long as I'm alive, and as long as I'm rich, the New Beverly will be there, showing films shot on 35mm."

46. Music is an important part of Tarantino's filmmaking style, and he said that he would listen to music in his bedroom and create scenes which correlated to the music that was being played.

47. Tarantino praised Mel Gibson's 2006 film Apocalypto, saying, "I think it's a masterpiece. It was perhaps the best film of that year.".

48. He is also a fan of the 1981 film Blow Out directed by Brian De Palma, so much so that he used the main star of the film, John Travolta, in Pulp Fiction.

49. In August 2007, while teaching in a four-hour film course during the 9th Cinemanila International Film Festival in Manila, Tarantino cited Filipino directors Cirio Santiago, Eddie Romero and Gerardo de León as personal icons from the 1970s.

50. He often pairs bizarre props with an equally bizarre scene, in which the prop itself develops into something of higher substance. Likewise, he often favors particular brand names of his own creation to make promotional appearances.