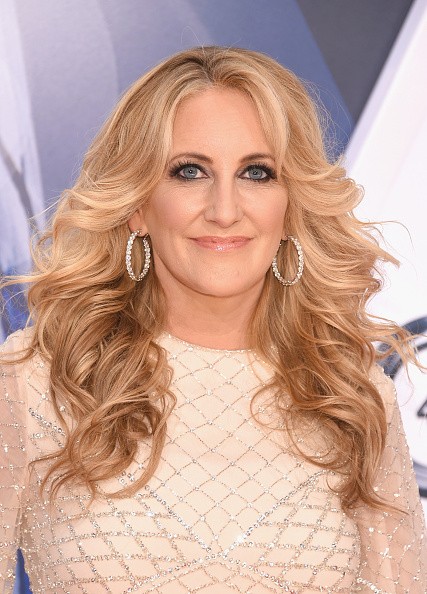 1. Lee Ann Womack is a country music singer and songwriter.

3. Song "I Hope You Dance" became her signature song.

4. When Womack emerged as a contemporary country artist in 1997, her material resembled that of Dolly Parton and Tammy Wynette, except for the way Womack's music mixed an old fashioned style with contemporary elements.

5. Her 2000 album I Hope You Dance had an entirely different sound, using pop music elements instead of traditional country.

6. It wasn't until the release of There's More Where That Came From in 2005 that Womack returned to recording traditional country music.

7. Presently, Womack has released a total of six studio albums and two compilations.

8. Four of her studio albums have received a Gold certification or higher by the RIAA.

10. She has sold over 6 million albums worldwide.

11. Womack was born and raised in Jacksonville, Texas.

12. At an early age, she was interested in country music.

14. Her father often took his daughter to work with him to help choose records to play on the air.

15. Womack was the second of two daughters.

16. Her mother was a schoolteacher.

17. Her father was also a high school principal.

18. As a child, Womack studied the piano and later graduated from Jacksonville High School in 1984.

19. After graduating, Womack attended South Plains Junior College in Levelland, Texas. The college was one of the first in the nation to offer country music degrees, and soon she became a member of the college band, Country Caravan.

20. A year later, she left the college and after an agreement with her parents, Womack enrolled at Belmont University in Nashville, Tennessee, where she studied the commercial ways of the music business.

21. In Nashville, she interned at the A&R department of MCA Records.

22. She studied at the college until 1990, leaving Belmont University a year before graduation.

23. Womack spent a few years raising her children before reentering the music business in the mid 90s.

24. In 1995 she began performing her music in songwriting demos and at showcase concerts.

25. She was spotted by Tree Publishings, who signed her after listening to one of her original demo recordings.

26. Womack wrote songs with some popular Nashville songwriters, including Bill Anderson and Ricky Skaggs, who recorded her composition, "I Don't Remember Forgetting" for one of his albums.

27. After divorcing her first husband, Womack decided to pursue a career as a country music artist.

28. She auditioned for MCA chairman, Bruce Hinton, who praised her talents.

29. She accepted a contract from MCA's sister record company, Decca Nashville in 1996.

30. Womack released her self-titled debut album in May 1997, produced by Mark Wright.

31. She won major awards from the country music community; Top New Female Vocalist from the Academy of Country Music Awards, Top Artist of the Year from Billboard Magazine, and was nominated for the Horizon award by the Country Music Association.

32. In 1998, Womack released her second studio album, Some Things I Know, which was also produced by Mark Wright.

34. Womack contributed her vocals to the songs "If You're Ever Down in Dallas" and "The Man Who Made Mama Cry" in collaboration with her ex-husband and musician, Jason Sellers. The material was promoted through shows through October to November before the birth of Womack's second child in January 1999.

35. She released her third studio album in 2000 entitled, I Hope You Dance, which was met with major success.

36. Song I Hope You Dance reached No. 1 on the Billboard Country chart for five weeks and crossed over to the Billboard Hot 100, becoming a major crossover Pop hit, reaching No. 14. It also peaked at the top spot on the adult contemporary chart and even reached the UK Singles Charts, peaking at No. 40.

37. Both of Womack's daughters appeared in the I Hope You Dance's video.

38. Towards the end of 2000, "I Hope You Dance" won the Country Music Association's "Song of the Year" and "Single of the Year" awards.

39. With the Pop success of "I Hope You Dance," Womack drew the attention of the magazines People and Time, both of which praised the single, calling it "one of her best."

40. I Hope You Dance song later won awards in 2001 from the Grammy and Academy of Country music awards.

41. On December 11, 2000, Womack performed "I Hope You Dance" at the annual Nobel Peace Prize concert. This song was also featured in the 2008 Tyler Perry film entitled "The Family that Preys."

42. In 2002, Womack's fourth studio album, Something Worth Leaving Behind was released. The album made a stronger attempt at a pop-flavored style, however it did not react well, leading to poor record sales and only one major hit. Following its release, Womack's career stalled.

43. She released a Christmas album, The Season for Romance and also collaborated with Willie Nelson on his single, "Mendocino County Line," which won a Grammy and Country Music award in 2002.

44. In early 2003, she got a small recurring role on the popular CBS drama, The District.

45. In 2004, Womack performed "I Hope You Dance" at the Republican National Convention, in which George W. Bush was nominated for his second term as President of the United States.

46. She also collaborated with Red Dirt Music band, Cross Canadian Ragweed on their hit, "Sick and Tired" in 2004.

47. Also in 2004, she released her first Greatest Hits album, which included two new songs; "The Wrong Girl" (the only song from the album released as a single) and "Time for Me to Go."

48. On September 26, 2014, Womack collaborated with American R&B singer John Legend for an episode of CMT Crossroads.

49. Womack and Jason Sellers married in 1990. The couple divorced in 1996. Together they had a daughter named Aubrie Lee Sellers.