50 facts about DJ David Guetta
Share Tweet Email 0 Comments
NEXT> 50 facts about Steve Buscemi: became a firefighter in New York City, after taking a civil service test when he was 18
Sunday, February 16, 2020
STAY CONNECTED WITH US 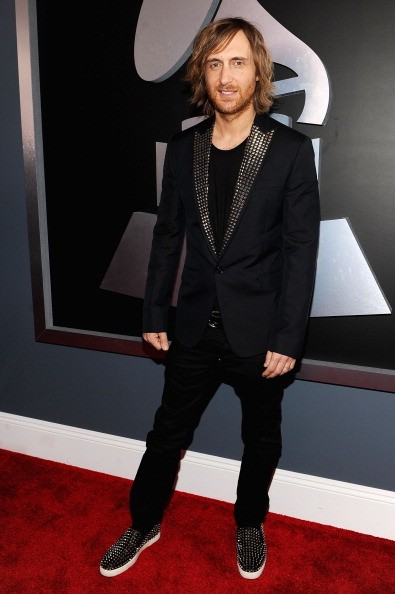 3. His father is Maroccan Jewish.

4. His mother is of Belgian descent.

5. Guetta played in clubs including Le Centrale, the Rex, Le Boy, and Folies.

6. He is a French DJ, record producer and remixer.

9. Later, he released Guetta Blaster in 2004 and Pop Life 2007 featuring 2 tracks with the UK's Tara McDonald.

10. Guetta achieved mainstream success with his 2009 album One Love which included the hit singles "When Love Takes Over", "Gettin' Over You", and "Sexy Bitch", all three of which reached #1 in the United Kingdom, and "Memories".

11. The 2011 follow-up album, Nothing but the Beat, continued this success, containing the hit singles "Where Them Girls At", "Little Bad Girl", "Without You", "Titanium" and "Turn Me On".

14. In 2013, Billboard crowned "When Love Takes Over" as the number one dance-pop collaboration of all time.

15. Guetta began to DJ at the Broad Club in Paris.

16. At the beginning of his DJ career he first played popular songs, and he discovered house music when he heard a Farley "Jackmaster" Funk track on French radio in 1987.

17. In 1990, he released "Nation Rap", a hip-hop collaboration with French rapper Sidney Duteil.

18. Released in 1994 Guetta's second single, a collaboration with American house vocalist Robert Owens titled "Up & Away", was a minor club hit.

19. In 1994, Guetta became the manager of Le Palace nightclub and he continued to organize parties there and in other clubs, such as the "Scream" parties in Les Bains Douches.

21. Willis was vacationing in France when he met Guetta.

23. Guetta released a compilation, F*ck Me I'm Famous, in 2003, named after his party in Ibiza. It included "Just for One Day (Heroes)", a remix of David Bowie's song "Heroes".

24. Guetta's second album, Guetta Blaster, was released in 2004. It released four singles: "Money" and "Stay" featuring Chris Willis and "The World Is Mine" and "In Love With Myself" featuring JD Davis.

25. In 2006 the Just a Little More Love single "Love Don't Let Me Go" was re-released as a mash-up with the Tocadisco remix of "Walking Away" by The Egg.

26. The mash-up single entitled "Love Don't Let Me Go (Walking Away)" was charted higher than the original release of the song.

27. In 2007, Guetta's third album Pop Life was released. The album was successful in the UK and Ireland as well as in mainland Europe.

28. The lead single "Love Is Gone" reached Number 1 on the American Dance Chart and charted on the Billboard Hot 100.

30. A video clip for the song "Delirious" was filmed by Denys Thibaut in Montreal, featuring Guetta and Tara McDonald, picturing an executive assistant throwing paint all over her boss's office.

31. He played in Mauritius in January 2008, accompanied by French rapper JoeyStarr.

32. Also in 2008, he and his wife Cathy also planned a new event which took place in the Stade de France on 5 July 2008. The event was called "UNIGHTED", he performed with Tiësto, Carl Cox, Joachim Garraud and Martin Solveig in front of a crowd of 40,000.

35. Since April 2009, Guetta had his own radio show on the internet radio station RauteMusik on Saturday evening. The show was afterwards moved into Radio 538, being aired every Friday evening after Tiësto's Club Life.

36. Whilst on tour with Rihanna, he debuted his new track at Twickenham Stadium on 15 June 2013.

36.Guetta stated "Twickenham, I hope you like this new track, it's brand new and you're the first people in the world to hear it." The single, called "Ain't a Party", was released on 8 July 2013.

37. In September, Guetta unveiled the music video for new track "One Voice" featuring indie singer Mikky Ekko. It was released on 4 November as part of the UN's humanitarian campaign called The World Needs More.

38. In 2012, Guetta created a new record label known as Jack Back Records, where he intends to focus only on electronic music releases (compared to the dance pop productions he's most known for).

42. On April 30, 2015, It was revealed that Guetta's song "What I Did for Love" would have a special version featuring vocals from Japanese singer Namie Amuro for her upcoming studio album Genic.

43. In March 2015, Guetta released the fourth single from Listen, entitled Hey Mama. It features the vocals of Nicki Minaj and Bebe Rexha, and also features Afrojack.

44. On June 22, 2015, Guetta became the third artist to reach 2 billion streams on Spotify and released a remix of "Hey Mama" by Boaz van de Beatz, to celebrate the occasion.

45. Guetta also wrote, produced, and featured on Rihanna's seventh studio album, Unapologetic, and acts as the support act for the European leg of her ongoing Diamonds World Tour.

46. His father was a sociologist.

49. After twenty-two years of marriage, the Guettas filed for divorce by a Paris court in March 2014.

50. In December 2015, UEFA announced, that Guetta will be the music ambassador for UEFA Euro 2016. The official song for the tournament will be called This One's For You and it will also be integrated throughout the tournament, including the opening and closing sequences for every television match broadcast, and will also be performed by Guetta at the opening and closing ceremonies.