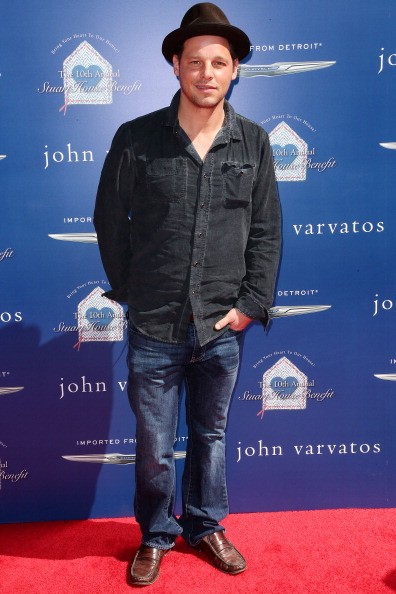 1. Justin Chambers is an American actor.

2. He is also a former fashion model.

3. Chambers is known for his role as Dr. Alex Karev in the ABC medical drama series Grey's Anatomy.

4. Chambers was born in Springfield, Ohio.

5. He is the son of Pam and John Chambers.

6. He has a fraternal twin brother named Jason.

7. He also has one older brother John Jr. (Chip), and two older sisters, Mia and Susan.

8. He and his twin brother visited hospitals often as children due to frequent bouts with pneumonia.

10. Chambers was discovered by a modeling scout on the Paris Metro.

11. Went on to represent Calvin Klein in a fragrance campaign.

12. He worked throughout Europe, Japan, and the United States for Calvin Klein, Armani, and Dolce & Gabbana.

13. After deciding on an acting career, he moved to New York.

14. In NYC he studied at the HB Studio and Ron Stetson Studios for four years.

15. Studying helped him to get a few television roles, including recurring role in soap opera Another World as Nicholas Hudson, and New York Undercover.

16. In 1998 he was cast as series regular in the short-lived CBS primetime soap opera Four Corners.

17. Chambers also appeared in several television movies, such as Harvest of Fire, Rose Hill, and Seasons of Love.

19. In 2003, Chambers was cast as one of the leads in the CBS crime drama Cold Case but left after appearing in only four episodes.

21. In 2006, along with other cast members, he was awarded a Screen Actors Guild Award for Outstanding Performance by an Ensemble in a Drama Series.

25. The couple has five children together: Isabella, twins Maya and Kaila, Eva and Jackson.

26. In late January 2008, Chambers admitted that he suffered from a biological sleep disorder.

27. The actor checked himself into Los Angeles's UCLA Medical Center to treat exhaustion due to the sleep disorder after a period of getting only two hours of sleep each week.

29. His is one of five children of Pamela Sue and John William Eugene Chambers II.

30. Has English, Irish, and German ancestry.

31. He met his wife Keisha Chambers while he was modeling with Calvin Klein.

32. Chambers' first break came in 1995, a four-month gig on a long-running NBC's daytime soap Another World.

33. He appeared in CBS's Rose Hill opposite Jennifer Garner.

36. He is a 1989's graduate of the Springfield Clark county join vocational school. Chambers was in the school's marketing program.

37. Chambers was also inducted into Springfield Clark county join vocational school hall of fame which honors graduates who achieve success in their careers.

39. Every year he resolves to take a good care of himself to stay in shape.