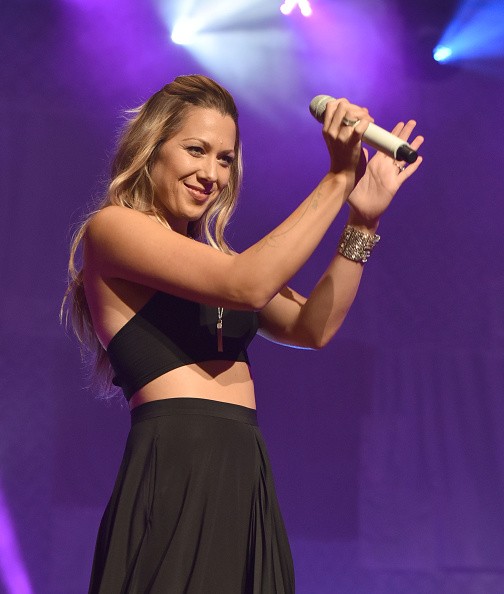 She is a supporter of animal rights and is a vegan. Learn 50 interesting things about Caillat.

2. She is a pop singer-songwriter and acoustic guitarist.

3. She comes from Malibu, California.

4. Debuted in 2007 with Coco, which included hit singles "Bubbly" and "Realize".

6. Her duet with Jason Mraz called "Lucky" won a Grammy.

8. Was nominated for Best Pop Vocal Album at the 2010 Grammy Awards.

9. She was also part of the group that won Album of the Year at the 2010 Grammys for her background vocals.

11. Caillat has sold over 6 million albums worldwide and over 10 million singles.

17. When she was an infant, her parents gave her the nickname "Coco".

18. She named her debut album after her her nick name "Coco".

19. Caillat took piano lessons as a child, but lacked significant inspiration until she turned 11 years old.

20. At 11 she became enthralled with Lauryn Hill's performance in Sister Act 2.

21. She realized that she wanted to be a singer, and began taking vocal lessons, performing onstage for the first time in sixth grade.

22. She has covered the Roberta Flack song "Killing Me Softly", which had previously been covered by Lauryn Hill, and Hill's own "Tell Him".

26. She auditioned for American Idol but was rejected at the pre-audition stage and was unable to sing for the judges.

27. The second time she auditioned for American Idol, she sang her own original song, "Bubbly", and was rejected once again.

28. After she was rejected by judges at the American Idol, Caillat expressed gratitude at the judges' decision, saying "I was shy. I was nervous. I didn't look the greatest. I wasn't ready for it yet. I was glad, when I auditioned, that they said no."

29. The popularity of Caillat's MySpace profile led her to become the number-one unsigned singer in her genre for four consecutive months.

31. Her debut single "Bubbly" peaked at number five on the US Billboard Hot 100 and number two on the Pop 100.

32. After touring with The Goo Goo Dolls and Lifehouse in 2007, she was the supporting act for John Mayer on his 2008 Summer Tour.

33. In August 2008, Caillat released a song and video for the 2008 Beijing Summer Olympics called "Somethin' Special".

34. Caillat also sings on "You" by Schiller and appears in the music video.

35. She has been involved in the soundtrack of the movie Imagine That; she and Mikal Blue cover the Beatles song "Here Comes the Sun".

37. In October 2008, the song "Midnight Bottle" was included in the soundtrack of Brazilian soap opera Três Irmãs (Three Sisters). She also played herself on this soap opera and performed the song.

39. Caillat's second album, Breakthrough, was released in August 2009. Most of the album was co-written by Jason Reeves and features guitarist David Becker on two tracks.

41. Caillat had writer's block during the recording sessions, so she enlisted her friends Kara DioGuardi and Jason Reeves, and they went to Hawaii for three weeks, rented a beach house and wrote songs.

42. Caillat released two Christmas songs for the 2009 holiday season: the standard "Have Yourself a Merry Little Christmas" and the Beach Boys song "Merry Christmas, Baby".

43. Caillat was recognized as BMI's songwriter of the year.

45. In September 2010, Caillat performed the national anthem in the season opener game of the National Football League in New Orleans and a Monday Night Football game in Chicago.

46. In December 2010, Caillat performed at the Nobel Peace Prize Concert in Oslo, Norway.

47. Caillat performed an acoustic version of the National Anthem before the San Diego Chargers v Minnesota Vikings game at Qualcomm Stadium in San Diego on September 11, 2011, during the day of remembrance for 9/11.

48. Caillat performed "Brighter Than the Sun" on Disney Channel's Original Series So Random.

50. She is a supporter of animal rights. Caillat is a vegan.