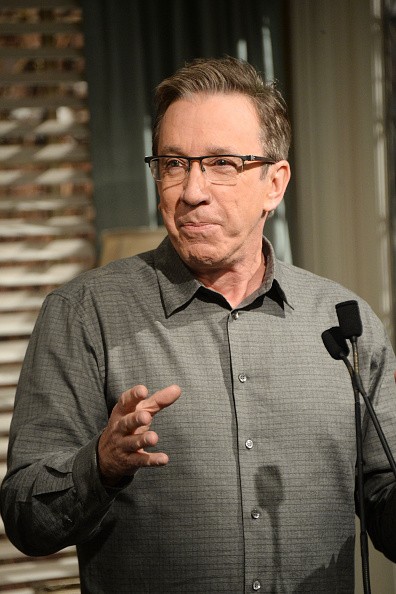 1. His full name is Timothy Allen Dick but is known professionally as Tim Allen.

2. He is an American actor and comedian.

4. He is also known for his starring roles in several popular films, including Disney's The Santa Clause trilogy, and Galaxy Quest (1999).

5. He was the voice of Buzz Lightyear in Disney/Pixar's Toy Story trilogy.

6. He stars as Mike Baxter in the Last Man Standing TV series.

7. Allen was born in Denver, Colorado.

8. He is the son of Martha Katherine a community-service worker.

9. His father was Gerald M. Dick, a real estate agent.

10. He is the third oldest of five brothers.

11. His father died in a car accident, colliding with a drunk driver, when Allen was 11.

12. His mother married her high school sweetheart, a successful business executive, and moved with her six children to Birmingham, Michigan, a suburb of Detroit, to be with her new husband and his three children.

14. While in Seaholm High School in Birmingham, he was in theater and music classes.

15. He has love for classical piano.

17. At Western Michigan, Allen worked at the student radio station WIDR and received a Bachelor of Science degree in communications specializing in radio and television production in 1976 with a split minor in philosophy and design.

20. On a dare from one of his friends, he participated in a comedy night at Mark Ridley's Comedy Castle in Royal Oak, a suburb of Detroit.

21. While in Detroit he began to get recognition appearing in local television commercials and appearing on cable comedy shows such as Gary Thison's Some Semblance of Sanity.

22. He moved to Los Angeles and became a regular performer at The Comedy Store.

23. He began to do stand-up appearances on late-night talk shows and specials on record and film.

24. Despite his admitted limited acting range (he once told a magazine his range as an actor is "strictly limited. I can only play a part if I can draw on personal experience, and that well can go dry pretty quickly"), Allen rose to fame in acting with the ABC sitcom Home Improvement (1991-1999) produced for ABC by Wind Dancer Productions, a company he co-founded with producer Carmen Finestra.

26. In November 1994, he simultaneously starred in the highest grossing film (Disney's The Santa Clause).

27. Topped the New York Times best-seller list with his book Don't Stand Too Close to a Naked Man.

30. The team Saleen/Allen "RRR" Speedlab raced Saleen Mustangs in the SCCA World Challenge, with Allen and Saleen as the team's drivers.

32. He returned to voice Buzz Lightyear in Toy Story 2 which was a financial and critical hit.

33. Also in 1999 he starred in the sci-fi parody Galaxy Quest alongside Sigourney Weaver, Alan Rickman and Sam Rockwell.

35. Two years later, he starred as Luther Krank in Christmas with the Kranks.

38. Allen began narrating the "Pure Michigan" television and radio commercials for the "Travel Michigan" agency. These commercials can be seen and heard throughout the Midwest and began airing nationally in 2009.

39. In December 2009 he started a preview tour of Crazy on the Outside, a film that debuted in January 2010. Allen accompanied the film, helping promote it with a series of stand-up acts beforehand. During the performances he told audiences that he planned a 2010 comedy tour. Allen also directed the film, marking his film directorial debut.

41. Also in 2010, he became the official voice of the Chevrolet Cruze, narrating commercials for the vehicle.

42. Became the voice of Campbell Soup's "It's Amazing What Soup Can Do" campaign.

43. Since 2011, Allen has starred in another ABC sitcom, Last Man Standing. He plays the role of Mike Baxter, a conservative father who is fighting for his manhood in his house filled with women. The character is loosely based on his own life, as a Republican father of two girls.

44. Allen was raised as an Episcopalian.

46. The couple has one daughter Katherine.

48. The ceremony with Hajduk was a small private ceremony in Grand Lake, Colorado.

49. He dated Hajduk for five years.