Gary Sinise’s 50 facts: is a supporter of various veterans' organizations 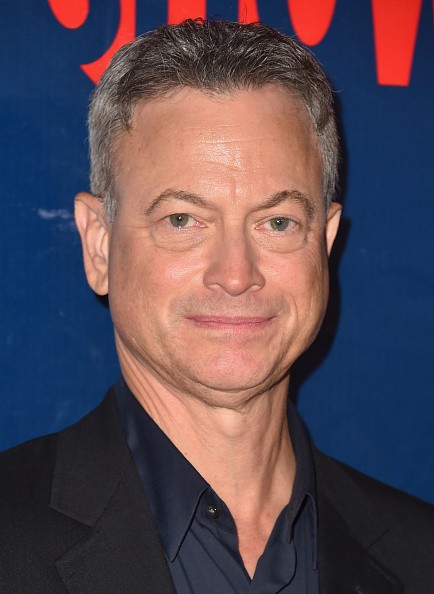 In 2003, Sinise was awarded an honorary Doctorate of Humane Letters by Amherst College. He has also been awarded the US Presidential Citizens Medal. Learn 50 interesting facts from life and career of Gary Sinise.

1. On October 22, 2015, Sinise was presented with the Sylvanus Thayer Award at the U.S. Military Academy at West Point, New York.

2. His middle name is Alan.

3. He is an actor, director, and musician.

4. Among other awards, he has won an Emmy Award, a Golden Globe Award, and has been nominated for an Academy Award.

5. Sinise is known for several memorable roles. These include George Milton in Of Mice and Men, Lt. Dan Taylor in Forrest Gump, Harry S. Truman in Truman, Ken Mattingly in Apollo 13, Detective Jimmy Shaker in Ransom, and George C. Wallace in the television film George Wallace.

7. For his role in Forrest Gump he was nominated for the Academy Award for Best Supporting Actor.

8. For his role of Harry S. Truman in Truman he won a Golden Globe.

10. His father is Robert L. Sinise, a film editor.

11. His paternal grandfather was of Italian descent.

15. Sinise honed his acting and directing skills at Steppenwolf, and received a Joseph Jefferson Award for his direction of Lyle Kessler's play Orphans. That took him from Chicago to New York City, and then to London's West End, where he worked on more than thirty of the company's productions.

17. In 1982, Sinise's career began to take off when he directed and starred in Steppenwolf's production of True West.

18. In 1983, he earned an Obie Award for his direction and a year later appeared with John Malkovich in the PBS' American Playhouse production of the play.

19. In 1988, Sinise directed Miles from Home, a film starring Richard Gere, about two brothers' fight against the foreclosure of the family farm.

21. Other noteworthy films Sinise has appeared in include Of Mice and Men (which he directed), Reindeer Games, Snake Eyes, Ransom, Mission to Mars, The Stand and Impostor.

22. He narrated the audiobooks for John Steinbeck's Travels with Charley.

23. In 2004, he began his first regular television series, in the crime drama CSI: New York, in which he plays Detective Mac Taylor. He was credited as a producer from season two onwards and wrote the storyline of an episode.

24. Several episodes have allowed Sinise to demonstrate his musical prowess, including a season two episode where Mac Taylor plays the bass guitar in a jazz club with musicians Kimo and Carol Williams and Danny Gottlieb, members of the Lt. Dan Band, which Sinise and Kimo Williams co-founded in 2003. The band is named for Sinise's character in Forrest Gump.

25. Apart from his television and movie work, Sinise is the host in the video for the Epcot ride Mission: SPACE, at Walt Disney World, Orlando, Florida.

27. Co-founded Operation Iraqi Children. Sinise said, "Iraq is in the news every day, and most of it is bad. But there are some positive stories. And how our soldiers are rebuilding schools and helping kids is one of them."

28. Sinise was the narrator for the Discovery Channel's mini series When We Left Earth in 2008.

29. He was awarded the Presidential Citizen Medal by George W. Bush for work he did supporting the U.S Military and humanitarian work supporting Iraqi children.

31. He is also the National Spokesperson for the American Veterans Disabled for Life Memorial.

32. Sinise is the executive producer-along with David Scantling-of the Iraq War documentary Brothers at War. The film features an American military family and the experiences of three brothers: Jake Rademacher, Isaac Rademacher and Joseph Rademacher.

33. In November 2009, Sinise narrated the highly acclaimed World War II in HD on the History Channel.

34. In 2010, he narrated the World War II documentary Missions That Changed The War on the Military Channel.

35. In late 2002, he started the Cadillac commercials starting with the 2002-2003 Season's Best commercial and has been with the Break Through campaign since it started the campaign in the 2002 Super Bowl with Led Zeppelin's "Rock and Roll" then ended in late 2006.

36. In 2009, Sinise lent his voice talents in the Thomas Nelson audio Bible production known as The Word of Promise, playing the character of David.

37. Sinise also features in the introductory video to the Mission: Space attraction in the Future World section of EPCOT at Walt Disney World. He introduces the (fictional) International Space Training Center, before detailing the simulation.

38. Sinise is a supporter of various veterans' organizations, both personally and through the Lt. Dan Band.

41. Sinise is also on the Advisory Council of Hope For The Warriors, a national non-profit dedicated to provide a full cycle of non-medical care to combat wounded service members, their families, and families of the fallen from each military branch.

44. In 2006, Sinise has co-narrated the National Memorial Day Concert on the Mall in Washington, D.C., with fellow actor and Illinois native Joe Mantegna.

45. He serves as the National Spokesperson for the American Veterans Disabled for Life Memorial and spends much of his time raising awareness for the Memorial and other veterans' service organizations.

46. In 2012, he was honored by the Joe Foss Institute for his dedication to veterans.

47. He participated in Troopathon VI for 2013, as he has in the past, to help raise money for care packages for American troops.

48. He received 2015's Sylvanus Thayer Award, awarded by the West Point Association of Graduates to a civilian whose character, service and achievements reflect the ideals prized by the U.S. Military Academy.

49. Sinise married actress Moira Harris in 1981. He and his wife have three children: Sophie, McCanna Anthony, and Ella.

50. In 2003, Sinise was awarded an honorary Doctorate of Humane Letters by Amherst College. He has been awarded the US Presidential Citizens Medal.