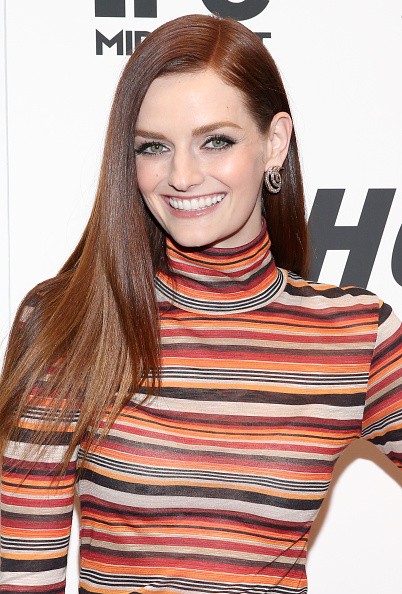 2. She is heiress to the publishing fortune established by her maternal great-grandfather, William Randolph Hearst, and mother, Patricia Campbell Hearst.

4. Hearst was born in Wilton, Connecticut.

5. After graduating from Wilton High School, she enrolled in Sacred Heart University where she majored in Communications and Technology.

6. Was discovered by fashion photographer Steven Meisel in 2003.

7. She is always inspired by fashion, photography and the arts.

8. Stephen Meisel who shot her first magazine cover for Vogue Italia in April 2004.

12. Was acknowledged and given the award for Best International Supermodel at the Madrid Glamour Awards.

13. She has modelled on the international runway circuit and at many fashion shows on behalf of Chanel, Fendi, Rebecca Taylor, Catherine Malandrino, Twinkle, Nicole Miller, Three As Four, and Jeremy Scott.

15. In 2007, Hearst appeared in Puma's French 77, which led her to design a line of handbags for the collection.

16. In Spring of 2012, Swarovski launched its Heart Truth campaign naming Hearst as its ambassador. This campaign was a national awareness campaign that aimed to empower women to improve their heart health and sponsored by the National Heart, Lung and Blood Institute.

17. Hearst briefly was a columnist for the short-lived Page Six magazine, which came in the Sunday edition of the New York Post.

19. She launched a lifestyle/fashion blog where she regularly posts.

20. As a child Lydia spent time on the set of John Waters' films with her mother, Patty.

21. Spending time with her mother on films sets inspired Hearst in her decision to pursue a career in entertainment.

22. Hearst made an appearance in the music video for the Miles Fisher cover of "This Must Be the Place", which was a successful parody of the film, American Psycho.

24. She also has a minor role in Johnny Polygon's "LimoSexSuperstar" video.

25. Hearst served alongside Anne Vyalitsyna and Naomi Campbell as a supermodel coach for the upcoming second edition of Oxygen's The Face modeling reality competition. The season premiered on March 5, 2014.

26. Her family has a tradition of involvement in philanthropic causes which has led to Lydia's involvement in becoming a Smile Ambassador for Operation Smile and receiving the Smile Award for her dedication to the organization in 2012.

27. Received a humanitarian Award from Catwalk For Charity June 8, 2014.

28. Hearst has been in a relationship with comedian Chris Hardwick since 2014.

30. She is residing between Los Angeles and New York City.

31. Spent much time living and working in London and Paris.

32. She writes a fashion/lifestyle blog.

39. Amanda Hearst is her cousin.

40. Her first gig was with Italian Vogue magazine.