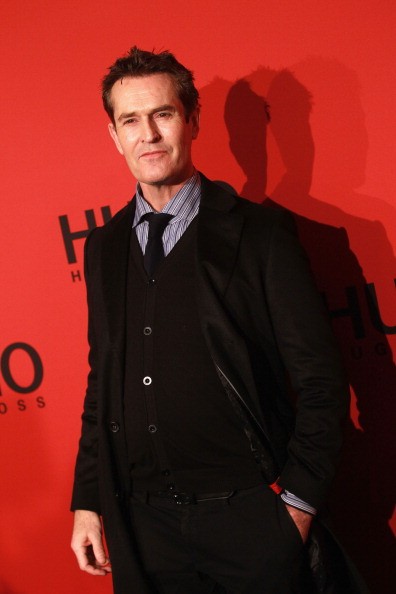 1. His middle name is James Hector.

2. He is an English actor and writer.

3. First came to public attention in 1981, when he was cast in Julian Mitchell's play and subsequent film Another Country.

4. Appeared in many other films, including My Best Friend's Wedding, An Ideal Husband, The Next Best Thing and the Shrek sequels.

6. His father was Major Anthony Michael Everett, who worked in business and served in the British Army.

7. He has a brother, Simon Anthony Cunningham Everett.

9. His maternal grandmother, Opre Vyvyan, was a descendant of the baronets Vyvyan of Trelowarren and the German Freiherr (Baron) von Schmiedern.

10. He is of English, Irish, Scottish, and more distant German and Dutch, ancestry.

11. Everett was brought up as a Roman Catholic.

12. From the age of seven, Everett was educated at Farleigh School, Hampshire, and later was educated by Benedictine monks at Ampleforth College, Yorkshire.

13. Left school at 16 and ran away to London to become an actor.

14. After being dismissed from the Central School of Speech and Drama (University of London) for insubordination, he travelled to Scotland and got a job at the Citizens Theatre in Glasgow.

15. Everett's break came in 1981 at the Greenwich Theatre and later West End production of Another Country, playing opposite Kenneth Branagh.

16. His first film was the Academy Award-winning short A Shocking Accident, directed by James Scott and based on a Graham Greene story.

17. Following on with Dance With a Stranger, Everett began to develop a promising film career until he co-starred with Bob Dylan in the huge flop Hearts of Fire.

18. Everett recorded and released an album of pop songs entitled Generation of Loneliness.

19. Despite being managed by the largely successful pop svengali Simon Napier-Bell (who had steered Wham! to prominence), the public didn't take to his change in direction. The shift was short-lived, and he only returned to pop indirectly by providing backing vocals for his friend Madonna many years later, on her cover of "American Pie" and on the track "They Can't Take That Away from Me" on Robbie Williams' Swing When You're Winning in 2001.

21. Returned to the public eye in The Comfort of Strangers, and several films of variable success followed.

22. The Italian comics character Dylan Dog, created by Tiziano Sclavi, is graphically inspired by him.

23. Everett, in turn, later appeared in an adaptation of a novel based on Sclavi's novel, Dellamorte Dellamore.

24. His career was revitalised by his award-winning performance in My Best Friend's Wedding, playing Julia Roberts's character's gay friend, followed by Madonna's character's best friend in The Next Best Thing.

26. In addition to his autobiography and the screenplay for the Wilde biopic, Everett has written several books, such as The Hairdressers of St. Tropez.

28. In 2008, Everett purchased a home in the West London district of Belgravia.

29. For the 21st century, Everett has decided to write again. He has been a Vanity Fair contributing editor.

30. Has written for The Guardian and wrote a film screenplay on playwright Oscar Wilde's final years, for which he sought funding.

31. In 2006 Everett published a memoir, Red Carpets and Other Banana Skins, in which he reveals his six-year affair with British television presenter Paula Yates.

32. He has also garnered media attention for his shocking comments and remarks during interviews that have caused public outrage.

33. In May 2007, he delivered one of the eulogies at the funeral of fashion director Isabella Blow, his friend since they were teenagers.

35. Everett's documentary on Sir Richard Burton, in which he retraces the travels of Burton through countries such as India and Egypt, aired on the BBC in 2008.

36. Also in 2009, Everett presented two Channel 4 documentaries: one on the travels of Lord Byron, the Romantic poet, broadcast in July 2009, and another on British explorer Sir Richard Burton.

37. Everett then returned to his acting roots, appearing in several theatre productions: his Broadway debut in 2009 at the Shubert Theatre received positive critical reviews; he performed in a Noël Coward play, Blithe Spirit, starring alongside Angela Lansbury, Christine Ebersole and Jayne Atkinson, under the direction of Michael Blakemore.

38. During the summer of 2010, Everett performed as Professor Henry Higgins, with English actress Honeysuckle Weeks and Stephanie Cole, in a revival of Pygmalion at the Chichester Festival Theatre.

39. In July 2010, Everett was featured in the popular family history programme Who Do You Think You Are?

41. In 2012 Everett starred in the television adaptation of Parade's End with Benedict Cumberbatch. The five-part drama was adapted by Sir Tom Stoppard from the novels of Ford Madox Ford, and Everett appears as the brother of protagonist Christopher Tietjens.

42. Everett starred as Oscar Wilde in The Judas Kiss, a stage play held at London's Hampstead Theatre in 2012.

43. In early 2013, Everett began working on a film portraying the final period of Wilde's life, stating in the media that he has had a fascination with the playwright since he was a child, as his mother read him Wilde's children's story The Happy Prince before he slept.

44. In 2015 it was announced that he would play the part of Philippe Achille, Marquis de Feron, the corrupt Governor of Paris, Head of the Red Guard and illegitimate brother to Louis XIII in the third series of the BBC One drama The Musketeers.

46. He can speak French and Italian.

48. Was one of the guests at Joan Collins and Percy Gibson's wedding.

50. He is a godfather to Madonna's and Guy Ritchie's son David.