50 facts about Bryan Adams: works as a photographer as well as musician
Share Tweet Email 0 Comments
NEXT> 42 facts about Joe Cocker
Wednesday, February 26, 2020
STAY CONNECTED WITH US

50 facts about Bryan Adams: works as a photographer as well as musician 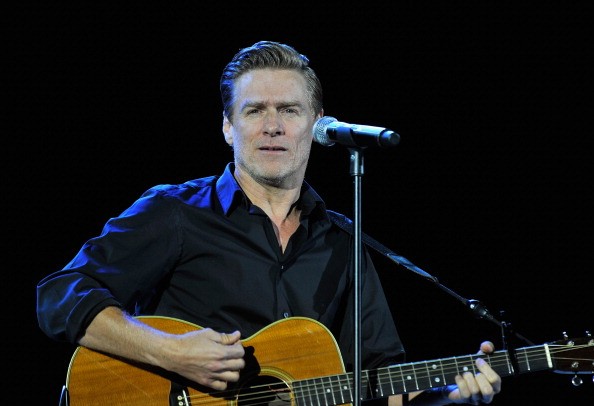 2. He is a Canadian singer songwriter and photographer.

3. Adams rose to fame in North America with his album Cuts Like a Knife and turned into a global star with his 1984 album Reckless.

4. For his contributions to music, Adams has garnered many awards and nominations, including 20 Juno Awards among 56 nominations, 15 Grammy Award nominations including a win for Best Song Written Specifically for a Motion Picture or Television in 1992.

5. He has also won MTV, ASCAP, American Music awards, two Ivor Novello Awards for song composition and has been nominated five times for Golden Globe Awards and three times for Academy Awards for his songwriting for films.

6. Adams was awarded the Order of Canada and the Order of British Columbia for contributions to popular music and philanthropic work via his own foundation, which helps improve education for people around the world.

8. In April 2006 he was inducted into the Canadian Music Hall of Fame at Canada's Juno Awards.

10. On 13 January 2010, he received the Allan Waters Humanitarian Award for his part in numerous charitable concerts and campaigns during his career, and on 1 May 2010 was given the Governor General's Performing Arts Award for his 30 years of contributions to the arts.

11. Adams was born in Kingston, Ontario, to British parents.

12. His parents are Elizabeth Jane and Capt. Conrad J. Adams, who migrated to Canada from England in the 1950s.

13. Adams' father, a Sandhurst officer in the British Army, joined the Canadian Army and later spent time as a United Nations peacekeeping observer for Canada, which led to him becoming a Canadian foreign service diplomat.

14. Adams traveled with his parents to diplomatic postings in Portugal and Vienna, Austria, during the 1960s, and to Israel during the early 1970s.

17. He started auditioning as a guitarist while rehearsing his own band in his mother's rented basement in North Vancouver.

18. He quit school after his auditions got him jobs to go on the road and play underage in nightclubs with bar bands like Shock and a short stint with pub band Sweeney Todd, who in 1976 released If Wishes Were Horses with the 15-year-old Adams as the singer.

19. By age 17, Adams had quit touring and started working in the Vancouver studio scene, working as a background vocalist for the CBC and backing local artists and with Motown keyboardist Robbie King, whom Adams attributes as having given him his first ever paying session.

20. In 1978, at the age of 18, Adams met Jim Vallance introduced by a mutual friend in a Vancouver music store. Vallance was the former drummer and principal songwriter for Vancouver-based rock band Prism and had recently quit that band to focus on a career as a studio musician and songwriter. They agreed to meet at Vallance's home studio a few days later, which proved to be the beginning of a partnership which still exists today.

22. Some of the first demos written in 1978 have surfaced over the years, most notably "I'm Ready" (recorded for both the album Cuts Like a Knife and later his release for MTV Unplugged) and "Remember," which was recorded on his first album.

23. Most of Adams's philanthropic activity is focused on "The Bryan Adams Foundation", which aims to advance education and learning opportunities for children and young people worldwide, believing that an education is the best gift that a child can be given.

24. Since the 1980s, Adams has participated in concerts and other activities to help raise money and awareness for a variety of causes. His first high profile charity appearance came in 1985 when he opened the US transmission of Live Aid from Philadelphia.

25. In 1986, Adams performed at The Prince's Trust All-Star Rock Concert in Wembley Arena to celebrate first 10 years of the Trust and again in June 1987 at the 5th Annual Prince's Trust Rock Gala along with Elton John, George Harrison, Ringo Starr and others.

26. Adams helped commemorate the fall of the Berlin Wall when, in 1990, he joined many other guests for Roger Waters' massive performance of The Wall in Berlin, Germany.

27. On 29 January 2005, Adams joined the CBC benefit concert in Toronto for victims of the 2004 Indian Ocean earthquake.

28. Twenty years after performing at Live Aid in the USA, Adams played at Canada's Live 8 show in Barrie, Ontario.

30. He also auctioned a white Fender Stratocaster guitar signed by many of the world's prominent guitarists. The guitar raised a total of US$3.7 million for charity and thus set a record as the world's costliest guitar.

31. In 29 January 2006, Adams became the first Western artist to perform in Karachi, Pakistan after the 11 September attacks, in conjunction with a benefit concert by Shehzad Roy to raise money for underprivileged children to go to school. Some of the proceeds of that concert also went to victims of the 2005 Pakistan earthquake.

32. During his tours of 1992-1994, Adams successfully campaigned for the Southern Ocean Whale Sanctuary with Greenpeace Chairman David McTaggart.

33. Adams supports the animal rights group People for the Ethical Treatment of Animals (PETA) by shooting photos for them and writing letters. He wrote to the CEO of KFC restaurants in Canada in November 2007, asking them to become leaders in using more modern and more humane methods of killing chickens.

35. On 14 September 2014, Adams was the first artist to sing at the Invictus Games organised by Prince Harry in East London. Prince Harry reciprocated by attending Adams's exhibition on Wounded soldiers in London.

36. Adams works as a photographer as well as musician.

37. On 16 September 2015 he was given an Honorary Fellowship of the Royal Photographic Society in London for his work in photography.

40. He has won 3 Lead Awards in Germany for his fashion photography, most recently in October 2015 for his story in Helmut Berger, and previously in June 2012 and again in 2006.

41. Adams released a photographic book entitled Wounded - The Legacy of War, to highlight the real human consequences of war in November 2013.

42. Adams has also recorded songs critical of warfare on past albums.

43. His first book of photos was released by Steidl in October 2012 titled Exposed.

44. Previous published collaborations include; American Women June 2005, for Calvin Klein in the United States; proceeds from this book went to Memorial Sloan-Kettering Cancer Center in New York City for their breast cancer research for programs, and Made in Canada December 1999 for Flare Magazine in Canada; proceeds went to the Canadian Breast Cancer Foundation. Both books were dedicated to his friend Donna, who died of the disease.

46. Adams and Alicia Grimaldi, who is also a trustee and co-founder of his namesake foundation, had their first daughter, Mirabella Bunny Grimaldi Adams on 22 April 2011.

47. They announced the birth of their second daughter Lula Rosylea Grimaldi Adams on 14 February 2013.

48. Adams has been vegetarian since the age of 29, originally for health reasons, but is also an advocate for animal rights.

49. Adams has homes in Chelsea, London, and Paris.