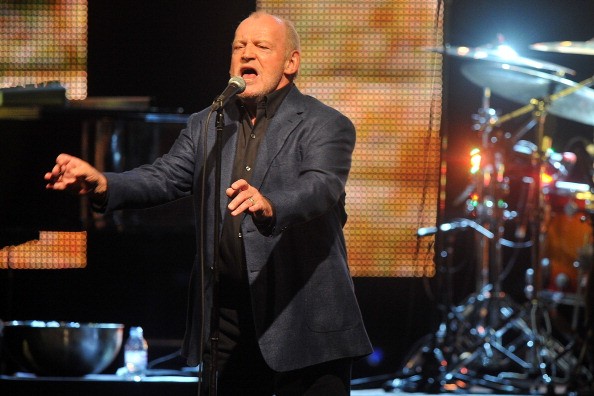 2. He was the youngest son of a civil servant, Harold Cocker, and Madge Cocker.

4. Cocker's first experience singing in public was at age 12 when his elder brother Victor invited him on stage to sing during a gig of his skiffle group.

5. In 1960, along with three friends, Cocker formed his first group, the Cavaliers. For the group's first performance at a youth club, they were required to pay the price of admission before entering.

6. The Cavaliers eventually broke up after a year and Cocker left school to become an apprentice gasfitter working for the East Midlands Gas Board, later British Gas, while simultaneously pursuing a career in music.

7. During the ensuing Mad Dogs & Englishmen tour (later described by drummer Jim Keltner as "a big, wild party"), Cocker toured 48 cities, recorded a live album, and received very positive reviews from Time and Life for his performances. However, the pace of the tour was exhausting. Russell and Cocker had personal problems; Cocker became depressed and began drinking excessively as the tour wound down in May 1970.

8. His cover of the Box Tops' hit "The Letter", which appeared on the live album and film, Mad Dogs & Englishmen, became his first US Top Ten hit.

9. At the end of 1973, Cocker returned to the studio to record a new album, I Can Stand A Little Rain. The album, released in August 1974, was number 11 on the US charts and one single, a cover of Billy Preston's "You Are So Beautiful", which reached the number 5 slot.

10. In January 1975, he released a second album that had been recorded at the same time as I Can Stand a Little Rain, Jamaica Say You Will. To promote his new album, Cocker embarked on another tour of Australia, made possible by the country's new Labor government.

11. In late 1975, he contributed vocals on a number of the tracks on Bo Diddley's The 20th Anniversary of Rock 'n' Roll all-star album.

13. In 1979, Cocker joined the "Woodstock in Europe" tour, which featured musicians like Arlo Guthrie and Richie Havens who had played at the 1969 Woodstock Festival.

14. He also performed in New York's Central Park to an audience of 20,000 people. The concert was recorded and released as the live album, Live in New York.

15. In 1982, Cocker recorded two songs with the jazz group the Crusaders on their album Standing Tall. One song, "I'm So Glad I'm Standing Here Today", was nominated for a Grammy Award and Cocker performed it with the Crusaders at the awards ceremony. The Crusaders wrote this song with Cocker in mind to sing it. Cocker then released a new reggae-influenced album, Sheffield Steel, recorded with the Compass Point All Stars, produced by Chris Blackwell and Alex Sadkin.

17. He was an English singer and musician.

18. He was known for his gritty voice, spasmodic body movement in performance, and definitive versions of popular songs.

19. Cocker's cover of the Beatles' "With a Little Help from My Friends" reached number one in the UK in 1968. He performed the song live at Woodstock in 1969, and at the Party at the Palace concert for the Golden Jubilee of Elizabeth II in 2002. Hiss version also became the theme song for the TV series The Wonder Years.

20. Cocker was the recipient of several awards, including a 1983 Grammy Award for his US number one "Up Where We Belong", a duet with Jennifer Warnes.

21. In 1993 Cocker was nominated for the Brit Award for Best British Male, in 2007 was awarded a bronze Sheffield Legends plaque in his hometown.

22. In 2008 he received an OBE at Buckingham Palace for services to music.

24. In 1961, under the stage name Vance Arnold, Cocker continued his career with a new group, Vance Arnold and the Avengers. The name was a combination of Vince Everett, Elvis Presley's character in Jailhouse Rock (which Cocker misheard as Vance); and country singer Eddy Arnold.

25. In 1966, after a year-long hiatus from music, Cocker teamed up with Chris Stainton, whom he had met several years before, to form the Grease Band.

26. The Grease Band was named after Cocker read an interview with jazz keyboardist Jimmy Smith, where Smith positively described another musician as "having a lot of grease."

27. In 1982, at the behest of producer Stewart Levine, Cocker recorded the duet "Up Where We Belong" with Jennifer Warnes for the soundtrack of the 1982 film An Officer and a Gentleman. The song was an international hit, reaching number 1 on the Billboard Hot 100, and winning a Grammy Award for Best Pop Performance by a Duo. The duet also won an Academy Award for Best Original Song, and Cocker and Warnes performed the song at the awards ceremony.

28. In 1983, Cocker joined a star-studded line-up of British musicians, including Jimmy Page, Eric Clapton, Jeff Beck, Steve Winwood and Bill Wyman for singer Ronnie Lane's 1983 tour to raise money for the London-based organisation Action for Research into Multiple Sclerosis, in particular because Lane was beginning to suffer from the degenerative disease. The tour included a performance at New York's Madison Square Garden.

29. While on another tour that year, Cocker was arrested by Austrian police after refusing to perform because of inadequate sound equipment. The charges were eventually dropped and Cocker was released.

30. Album Cocker was dedicated to his mother, Madge, who died when he was recording in the studio with producer Terry Manning.

31. In mid 70s he struggled with drugs and alcohol, however in the 80 and 90 he became well respected interpreter.

33. His 1987 album Unchain My Heart was nominated for a Grammy Award, although it did not win.

34. One Night of Sin was also a commercial success, surpassing Unchain My Heart in sales.

35. In 1963, Cocker began dating Eileen Webster, also a resident of Sheffield. The couple dated intermittently for the next 13 years, and separated permanently in 1976.

36. In 1978, Cocker moved onto a ranch Jane Fonda owned in Santa Barbara, California.

37. Pam Baker, a local summer camp director and fan of Cocker's music, persuaded the actress to lend the house to Cocker.

39. The couple resided on the Mad Dog Ranch in Crawford, Colorado.

40. "The Genius of Ray Charles" by Ray Charles, "Extension of a Man" by Donny Hathaway, "What's Going On" by Marvin Gaye, "I Never Loved a Man the Way I Love You" by Aretha Franklin and "Talking Book" by Stevie Wonder, were his favorite albums to listen to.