47 facts about Brendan Fraser: his biggest commercial success came with film The Mummy 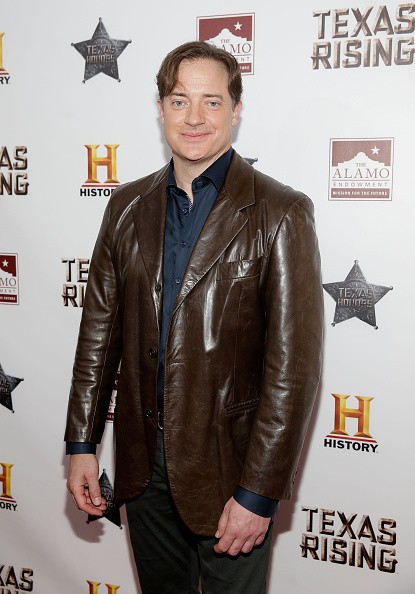 1. His middle name is James.

2. He is an American-Canadian actor.

4. Is known for his comedic and fantasy film leading roles in major Hollywood films, such as Encino Man, The Scout, George of the Jungle, Looney Tunes: Back in Action, Journey to the Center of the Earth and Inkheart.

5. He also starred in numerous dramatic roles, such as Gods and Monsters, The Quiet American, Crash and Gimme Shelter.

7. His mother, Carol Mary, was a sales counselor.

8. His father, Peter, was a former journalist who worked as a Canadian foreign service officer for the Government Office of Tourism.

9. His maternal uncle, George Genereux, was the only Canadian to win a gold medal in the 1952 Summer Olympics.

12. His family moved often during his childhood, living in Eureka, California, Seattle, Ottawa, the Netherlands, and Switzerland.

14. While on vacation in London, Fraser attended his first professional theatrical performance at the West End.

15. He graduated from Seattle's Cornish College of the Arts in 1990.

16. Began acting at a small acting college in New York.

17. He originally planned on attending graduate school in Texas but stopped in Hollywood on his way south and decided to stay in Los Angeles to work in movie productions.

18. Fraser's first role was a brief appearance in an America's Most Wanted reenactment, as a friend of murder victim Rodney Mark Peterson.

20. He had his first lead role in Encino Man and starred with Matt Damon and Chris O'Donnell in School Ties.

21. In 1994, he co-starred alongside Steve Buscemi and Adam Sandler in the comedy Airheads along with playing Steve Nebraska in The Scout and Montgomery "Monty" Kessler in With Honors.

22. He went on to play supporting roles such as starring alongside Viggo Mortensen and Ashley Judd in Philip Ridley's The Passion of Darkly Noon and Jennifer Beals in The Twilight of the Golds.

23. He got his breakthrough role with the hit comedy film George of the Jungle.

24. He went on to appear in several comedy films such as Blast from the Past, Bedazzled and Monkeybone.

25. He has starred in two films based on Jay Ward creations, George of the Jungle and Dudley Do-Right, but did not reprise his role in the former's sequel.

26. Fraser also played dramatic roles in Gods and Monsters, alongside Ian McKellen and The Quiet American alongside Michael Caine.

27. His biggest commercial success came with the action adventure film (co-starring Rachel Weisz) The Mummy and its sequel The Mummy Returns, both of which were hugely successful at the box office.

28. He lent his voice for the unreleased animated film Big Bug Man.

30. He has also made guest appearances on the television shows Scrubs, King of the Hill, and The Simpsons.

31. In March 2006, he was inducted into Canada's Walk of Fame, the first American-born actor to receive the honor.

32. After a six-year hiatus in the franchise, Fraser returned for the second sequel to The Mummy released in August 2008 and titled The Mummy: Tomb of the Dragon Emperor. Filming started in Montreal on July 27, 2007 and also starred Jet Li as Emperor Han.

33. His other releases in 2008 were the 3D film adaptation of Jules Verne's Journey to the Center of the Earth and the fantasy film Inkheart (chosen personally for the lead role by the novel's author Cornelia Funke).

34. In 2010 he starred in the drama Extraordinary Measures alongside Harrison Ford.

35. Fraser also starred as "Brick" in the West End production of Tennessee Williams's Cat on a Hot Tin Roof in September 2001, directed by Anthony Page.

36. Fraser starred in a Broadway production of Elling, but the play closed after 9 performances due to lackluster reviews.

37. After appearing in the critically panned Furry Vengeance in 2010, Fraser moved from being represented by William Morris Endeavor to the Creative Artists Agency.

39. Fraser met actress Afton Smith while attending a barbecue at Winona Ryder's house on July 4, 1993, after his arrival in Los Angeles.

42. On December 27, 2007, Fraser's publicist announced the couple had decided to divorce.

44. Serves on the board of directors for FilmAid International.

45. He is an accomplished amateur photographer.

46. Used several Polaroids in movies and on TV shows, most notably on his guest roles on Scrubs.

47. The book Collector's Guide to Instant Cameras has a dedication to Fraser.