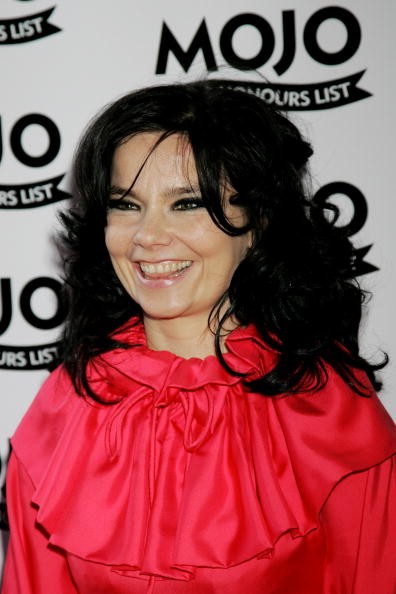 She has been described as "the most important and forward-looking musician of her generation" and "the best non-pop female vocalist of the last 30 years." Here are 46 facts about Björk.

1. Her name is Björk Guðmundsdóttir.

2. She is an Icelandic singer-songwriter, multi-instrumentalist, and occasional actress.

3. She initially became known as the lead singer of the alternative rock band The Sugarcubes, whose 1987 single "Birthday" was a hit on US and UK indie stations and a favorite among music critics.

5. Came to prominence as a solo artist with her single "Human Behaviour" and her album Debut.

7. Additionally, "Big Time Sensuality", "Hyperballad" and "I Miss You" were number one Dance Hits in the US.

8. Over her three-decade career, she has developed an eclectic musical style that draws on a wide range of influences and genres spanning experimental, electronic, trip-hop, alternative dance, art pop, classical, and avant-garde styles.

9. Critics have consistently praised Björk's work, praising her innovative approach to singing and composition, her musical experimentation, her music videos, and her distinctive voice.

10. She has been described as "the most important and forward-looking musician of her generation" and "the best non-pop female vocalist of the last 30 years."

13. She has also been nominated for 14 Grammy Awards, one Academy Award, and two Golden Globe Awards.

14. She won the Best Actress Award at the 2000 Cannes Film Festival for her performance in Dancer in the Dark.

15. A full-scale retrospective exhibition dedicated to Björk was held at the Museum of Modern Art in 2015.

17. Was recognized in NPR's "50 Great Voices" feature for her "celestial voice."

18. In 2015, the singer was included in the prestigious Time 100 list in the "Icons" section, as one of the most influential people in the world, with Marina Abramović affirming that "[Björk] teaches us the courage to be ourselves."

22. Björk's father is Guðmundur Gunnarsson, a union leader and electrician.

23. Her parents divorced when Björk was born and she moved with her mother to a commune.

24. Her stepfather is Sævar árnason, a former guitarist in a band called Pops.

25. At six, Björk enrolled at Reykjavík school Barnamúsíkskóli, where she studied classical piano and flute.

26. After a school recital in which Björk sang Tina Charles' 1976 hit "I Love to Love", her teachers sent a recording of her singing the song to the RúV radio station - then, Iceland's only radio station. The recording was nationally broadcast and, after hearing it, a representative of the Fálkinn record label offered Björk a recording contract. Her self-titled début, Björk, was recorded and released in Iceland in December 1977.

27. During her teens, after the diffusion of punk rock music in Iceland she formed the all-girl punk band Spit and Snot.

29. She also graduated from music school.

30. The singer appeared as a featured artist on "Afi", a track from the Björgvin Gíslason 1983 record Örugglega.

31. Due to the imminent discontinuance of radio show áfangar, two radio personalities, ásmundur Jónsson and Guðni Rúnar, called out to musicians to play on a last live radio show. Björk joined with Einar Melax (from the group Fan Houtens Kókó), Einar Örn Benediktsson (from Purrkur Pillnikk), Guðlaugur Kristinn óttarsson and Sigtryggur Baldursson (from Þeyr), and Birgir Mogensen (from Spilafífl) to perform on the concert. The group developed a goth rock sound. During this experience Björk began to develop her vocalisation - punctuated by howls and shrieks. The project performed as Gott kvöld during the concert but later decided to keep playing together as a group and they used the name KUKL ("Sorcery" in Icelandic).

33. In 1985, the singer found out she was expecting a child from Eldon, but continued touring with Kukl.

34. Although she often calls herself a pop artist, she is considered a "restlessly experimental creative force."

36. Her album Debut, which incorporated electronic, house, jazz, and trip hop, has been credited as one of the first albums to introduce electronic music into mainstream pop.

37. Her work has been described as "frequently explor[ing] the relationship between nature and technology."

38. Björk has a soprano vocal range, which has been described as both "elastic" and "somersaulting" in quality as well as having been praised for her scatting ability, unique vocal stylings and delivery.

39. After the tsunami which struck Southeast Asia in late 2004, Björk began work on a new project titled Army of Me: Remixes and Covers to help raise money for a relief fund. This project recruited fans and musicians from around the world to either cover or remix the 1995 track, "Army of Me". From over 600 responses Björk and her co-writer Graham Massey picked the best twenty to appear on the album. The album was released in April in the UK and in late May 2005 in the US. By January 2006, the album had raised around £250,000 to help UNICEF's work in the southeast Asian region.

40. Björk visited Banda Aceh in February 2006 to view some of UNICEF's work with the children who were affected by the tsunami.

41. On 2 July 2005 Björk took part in the historic Live 8 series of concerts, headlining the Japan show with Do As Infinity, Good Charlotte, and McFly. She performed eight songs with Matmos, a Japanese string octet, and Zeena Parkins.

42. During her career beginnings, Björk performed in several bands from various musical genres: punk rock in Spit and Snot, jazz fusion in Exodus, post-punk in Tappi Tíkarrass and goth rock in KUKL.

44. Björk's influences have been described "as diverse as those she inspires".

45. For his biography of her, Björk told Mark Pytlik: "If I were to say who influenced me most, I would say people like Stockhausen, Kraftwerk, Brian Eno and Mark Bell."

46. Early in her career, Björk cited Sir David Attenborough as her biggest musical influence, saying "she identified with his thirst for exploring new and wild territories."