Martina Navratilova is a retired American and Czech tennis player and coach, who was named the greatest female tennis player for the years 1965 through 2005 by the Tennis magazine. Here are 45 facts about her: 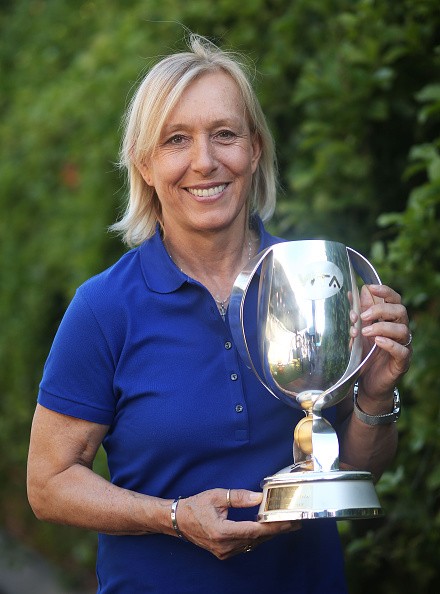 (Photo : Graham Denholm/Getty Images for WTA) Martina Navratilova poses with the WTA Finals doubles trophy that bears her name as the Woman's Tennis Association announced she would return as an Official Legend Ambassador for the 2015 BNP Paribas WTA Finals Singapore, presented by SC Global during the 2015 Australian Open at Melbourne Park on January 28, 2015 in Melbourne, Australia.
NEXT POST