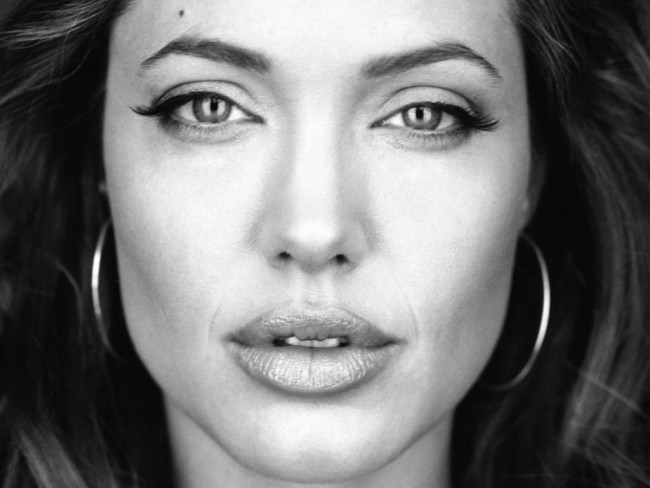 Source: We Heart It

Angelina Jolie is so much more than just a pretty face. An award-winning actress, a mother, a humanitarian and that's just scratching the surface. 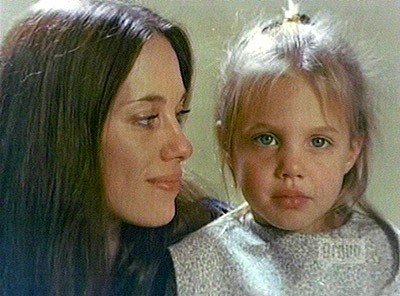 2. Angelina’s blood is composed of five non American blood ancestry and with American blood traced from the Indigenous people, Iroquois from North America. She has blood traces from France, Germany, Slovakia, Netherlands and Canada. 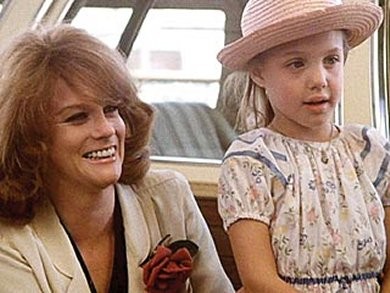 3. In a bid to keep her daughter from going out partying and potentially turning to drugs, her mother allowed 14-year-old Angelina to live with her boyfriend in Angelina’s bedroom with Marcheline sleeping in the room next door.

4. She studied at the Lee Strasberg Theater Institute while in her early teens.

5. After two years of enrolment, Angelina dropped out of her acting class from Lee Strasberg Theatre Institute to pursue her desire of becoming an undertaker or a funeral director. She went on to study embalming. 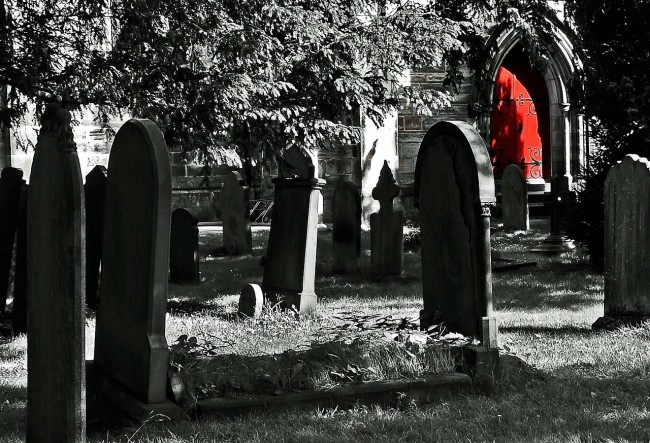 6. After she broke up with her boyfriend of two years, she returned to acting school.

7. At the tender age of sixteen, she was signed with Finesse Model Management. She usually wore dark clothes in her modeling shoots. 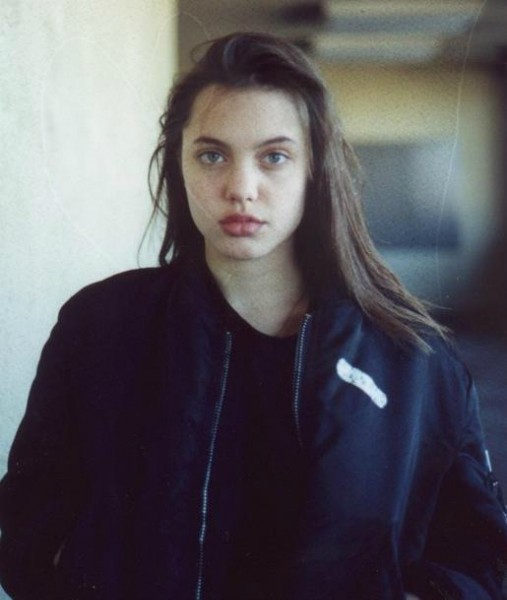 9. Her natural hair color is dark blonde. Her mother dyed it dark brown when she was four or five and she’s kept it dark ever since.

10. She had an obsessive crush is “Dr. Spock”. Doctor Spock is a fictional character from the TV program Star Treck that became famous during the 1970’s, the era when Angelina was on her youth. 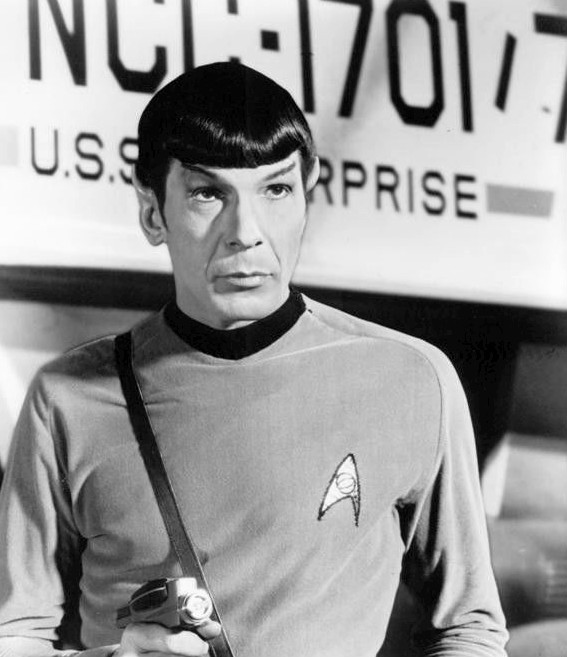 11. Her godparents are Jacqueline Bisset and Maximilian Schell. Bisset has starred in movies such as Casino Royale, The Deep, Class and actor Schell won the Oscar for the movie Judgment at Nuremberg.

12. Probably one of her first tattoos, Jolie’s tattoo on her left arm was done in her mother’s presence. The tattooed words are “A prayer for the wild at heart kept in cages” ad was inspired by the words of Tennessee Williams.

13. Angelina has a tattoo between her shoulder blades that says “Know Your Rights”. This phrase tattooed is a title of a song from her favorite band, The Clash. 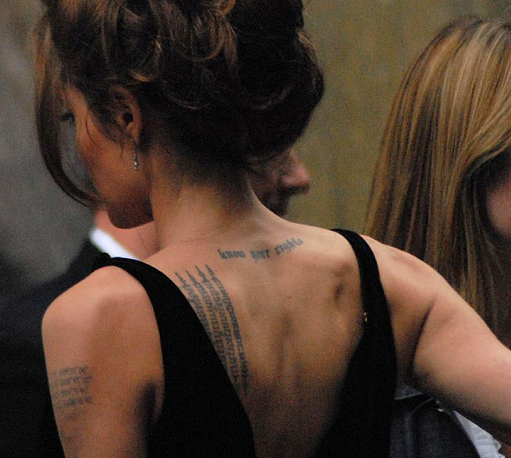 14. The tattoo on her left shoulder blade was performed by a Thai artist using a hammer and "a foot-and-a-half long needle," she told People.
15. In total, she has fourteen known tattoos. She has a Latin proverb "quod me nutrit me destruit" (what nourishes me destroys me), two sak yant designs featuring a prayer of protection and a twelve-inch-by-eight-inch tiger, and seven sets of geographical coordinates indicating the birthplaces of her children and her partner Brad Pitt. 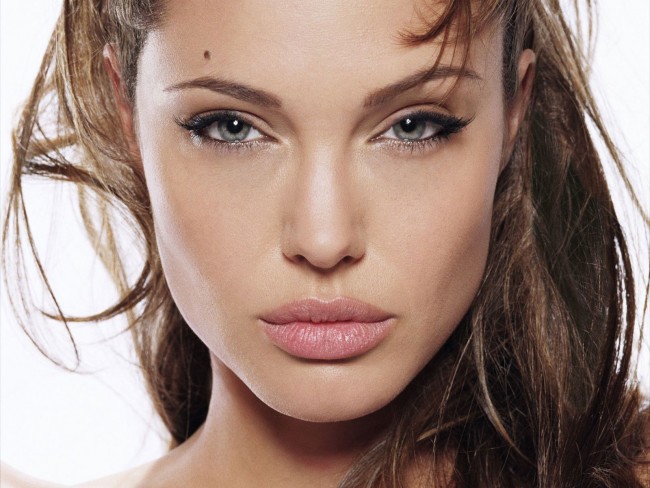 17. Angelina has had some interesting hobbies from collecting different types of knives and first edition books. 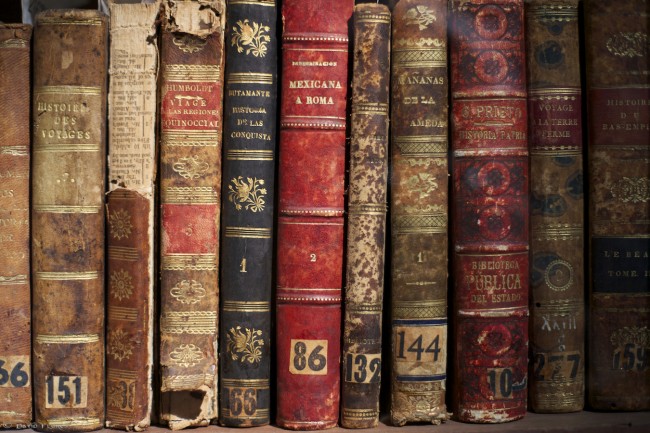 18. Growing up, she didn’t like being hugged. During an interview with London's Mail on Sunday, she said: “Growing up, I had a thing about people hugging me, even my mother, I'm holding my breath now just talking about it.”

19. In the early 1990's, Angelina began to suffer from depression and began cutting herself. She told Allure in 2004, “I had that problem early on when I couldn't feel a bond with another human being.”

20. Jolie made her first appearance in a movie alongside her dad in “Lookin’ to Get Out”, which was released in 1982.

21. She made her major acting breakthrough in the 1998 television film Gia based on the short, tragic life of model Gia Marie Carangi, which won her a Golden Globe Award for Best Actress.

23. Angelina Jolie is one of the highest paid Hollywood actresses. She was ranked on top of the Hollywood’s most paid actresses during the years 2009 and 2011.

24. She has won one Oscar, 3 Golden Globe awards and 2 Screen Actors Guild awards.

25. She loves doing her own stunts. As Lara Croft, Angelina Jolie performed almost 80 percent of the stunts.

26. Angelina has starred not only in movies but also in many music videos with renowned singers like Meat Loaf, Lenny Kravitz and the Rolling Stones.

27. Angelina Jolie is said to be the only A-lister in Hollywood who does not have a publicist to represent her and her PR activities. She deals with her own public image.

28. Over time, she has covered or lasered several of her tattoos, including the name of her second husband, "Billy Bob", and the Chinese characters "死" (death) and "勇" (courage).

29. She has been married twice. She married Hackers co-star Jonny Lee Miller in 1995. She wore black leather pants and a white top with Jonny's name scribbled in her own blood to the ceremony. The couple divorced in 1999. 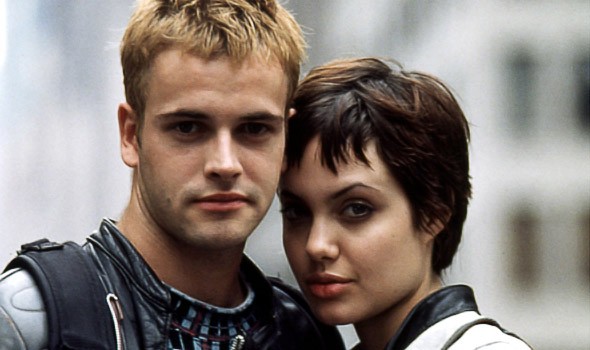 30. During the split from Miller, before their divorce was final, she had her first openly gay relationship. She began dating her 'Foxfire' costar, Jenny Shimizu, in 1998. 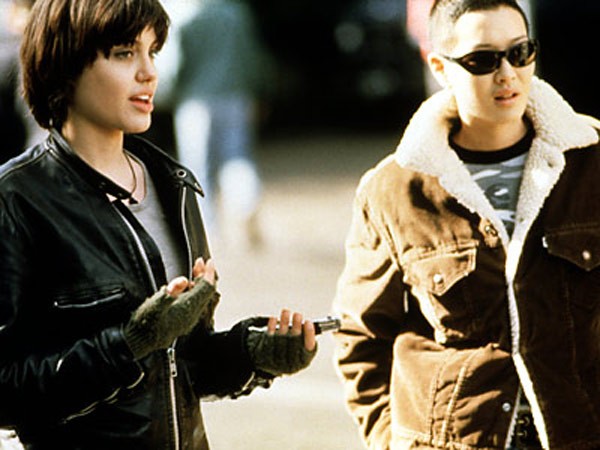 31. The following year, Jolie married Academy Award-winning actor Billy Bob Thornton. The couple got married in Las Vegas and the ceremony cost $189. That union lasted until 2003.

32. In 2001, Angelina Jolie and Billy Bob Thornton signed their wills in blood.

33. Jolie met her next romantic partner, actor Brad Pitt, during the making of Mr. and Mrs. Smith in 2004. 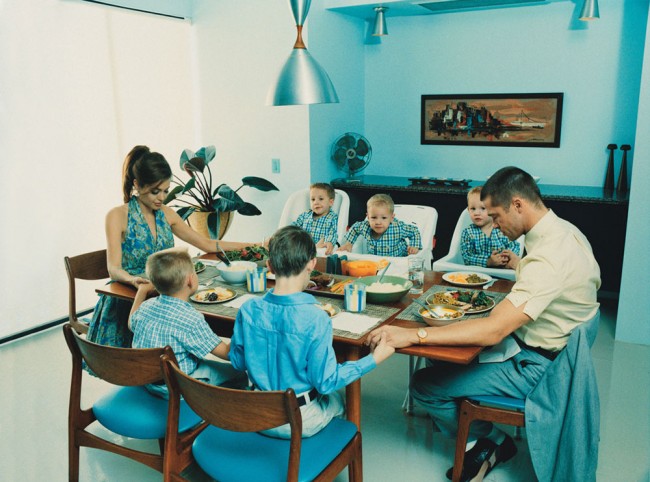 34. She denied they had an affair while he was still married to Jennifer Aniston on several occasions, but later admitted that they "fell in love" on the set. She explained in 2005, "To be intimate with a married man, when my own father cheated on my mother, is not something I could forgive. I could not look at myself in the morning if I did that. I wouldn't be attracted to a man who would cheat on his wife." The couple has been dubbed "Brangelina" by the entertainment media.

35. Angelina Jolie adopted a son from Cambodia and named him Maddox. Three years later, she adopted a daughter, Zahara. In 2005, actor Brad Pitt filed paperwork to adopt both of Jolie's children. In March 2007, Angelina and Brad adopted a 3-year-old boy from a Vietnamese orphanage and named him Pax Thien. 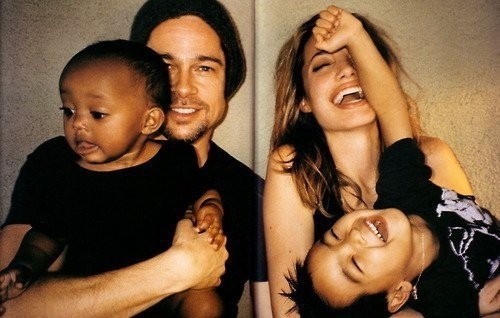 Source: We Heart It

36. Angelina and Brad have 3 biological children together. The first daughter, Shiloh, was born in Namibia as the couple sought to avoid the media frenzy surrounding the birth.

37. Angelina was named the sexiest person in history in 2007, beating her partner Brad Pitt.

38. Jolie gave birth to twins, Knox Leon and Vivienne Marcheline, on July 12, 2008, in a seaside hospital in southern France.

39. The couple sold the rights for the first images of their twins to People and Hello! magazines for $14 million—making them the most expensive celebrity pictures ever taken. The money went to the Jolie-Pitt Foundation. 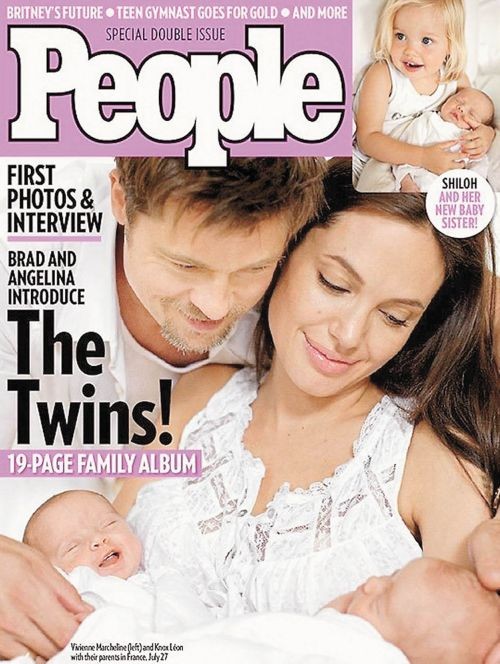 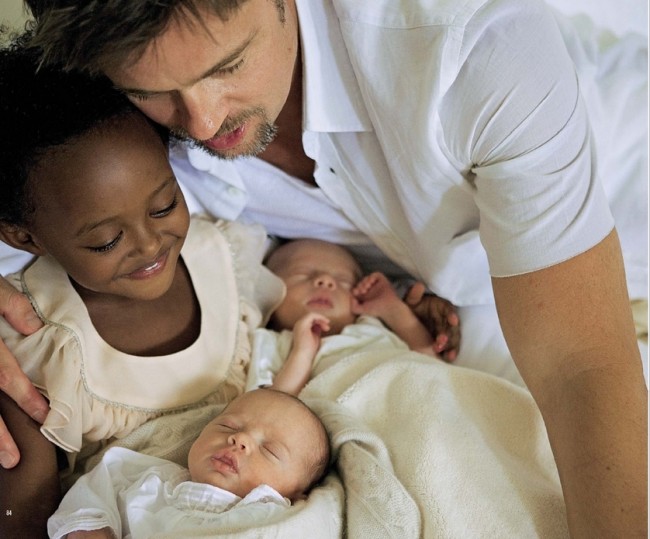 40. She lost her mother, Marcheline Bertrand in 2007 after she died of ovarian cancer at the age of 56 after fighting the disease for many years.

41. Brad proposed to Angelina in 2012. He gave her a tablet-shaped diamond engagement ring -- estimated at 16 carats and worth $500,000 - which he helped design with jeweler Robert Procop.

42. Don’t expect a wedding anytime soon, they say they will only get married once gay marriage is legal in all of the United States. 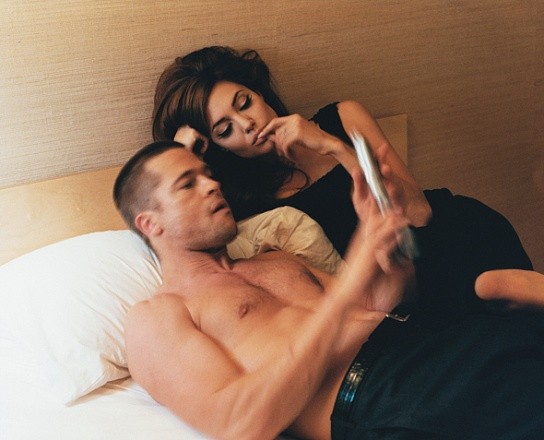 43. Angelia is also the former Goodwill Ambassador of UNHCR. She has been awarded by the UN Correspondents Association with “Citizen of the World Award”. 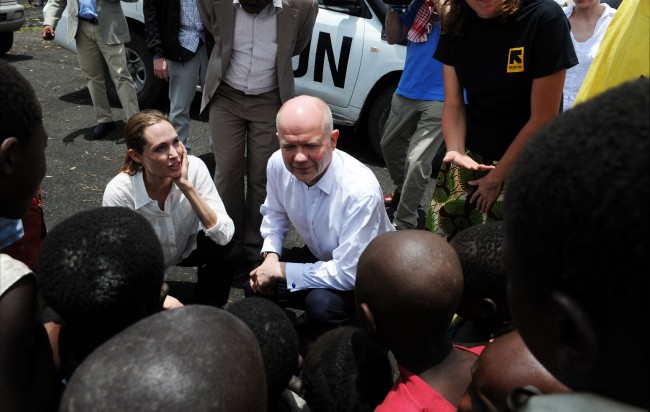 44. She is also the recipient of “Global Humanitarian Award” awarded by UNA-USA in 2005.

45. Angelina and her father, Jon Voight, had a fairly poor relationship throughout their lives, following her father’s infidelity. The two cleared their differences in 2007 and have since moved on. 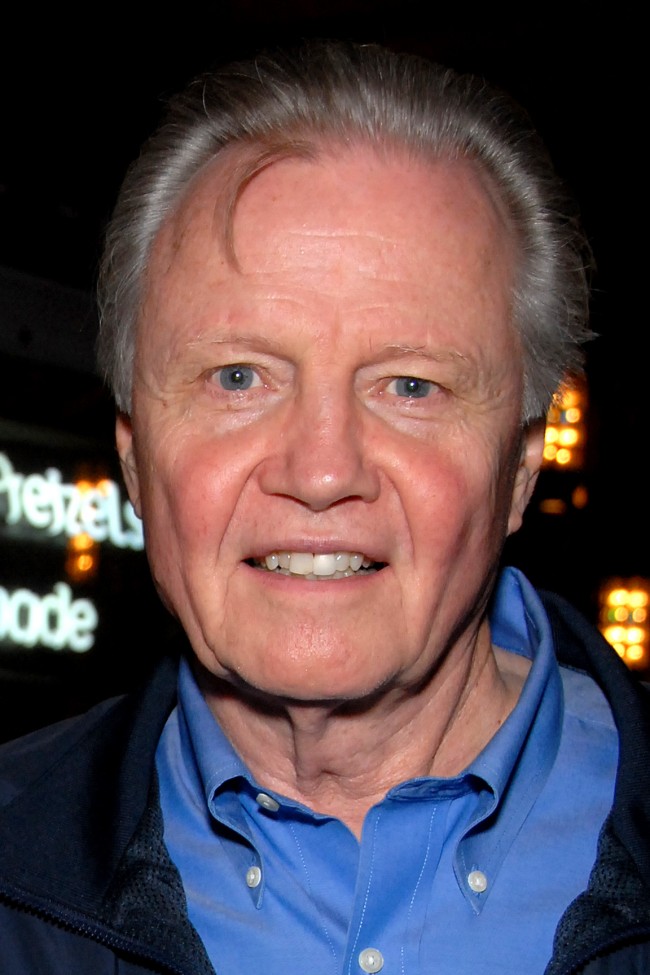 46. She commits herself to a very important rule: Spend 1/3 of what you earn, give away 1/3 of your earnings and finally save the remaining 1/3 of earnings.

47. She was the face of St. John and Shiseido from 2006 to 2008, and in 2011 had an endorsement deal with Louis Vuitton reportedly worth $10 million—a record for a single advertising campaign. 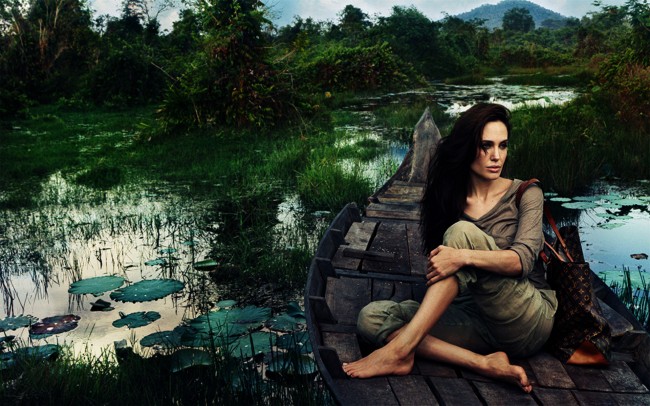 48. Angelina is a citizen of three continents. She is an American citizen by birth. She is a Cambodian citizen which was awarded by the Cambodian king in honor of her conservation work in the country. She is an honorary European citizen by virtue of the honorary citizenship granted to her in recognition of her preservation of truth in the Bosnian war through her directorial movie.

49. She underwent a double mastectomy in a bid to prevent breast cancer in the future. She shared this news with the world in May 2013, via a New York Times op-ed article titled "My Medical Choice.”

50. Angelina Jolie is a licensed pilot and owns a single-engine Cirrus SR22 aircraft. She will also be one of the fortunate people to view earth from space by flying on Richard Branson’s Virgin Galactic. 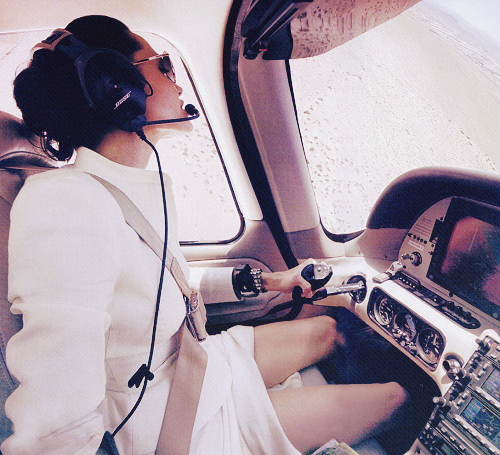 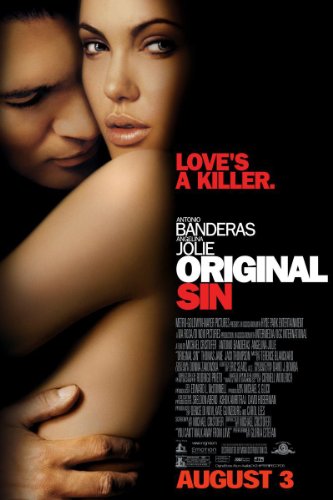