50 facts about supermodel Naomi Campbell: she never met her father
Share Tweet Email 0 Comments
NEXT> 50 facts about John Legend, writer and singe of the hit "All of Me"
Tuesday, October 27, 2020
STAY CONNECTED WITH US

50 facts about supermodel Naomi Campbell: she never met her father 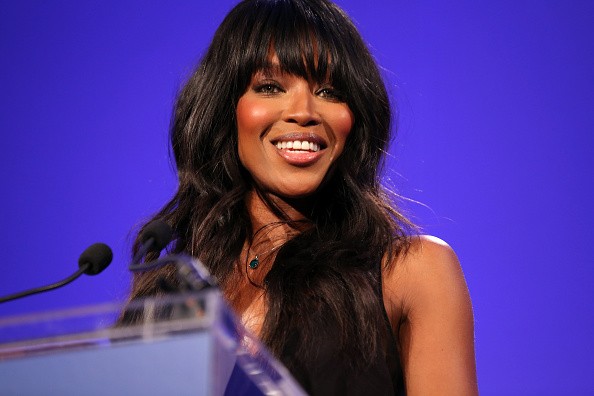 Naomi Campbell and 50 things from her life.

1. Naomi Campbell born Naomi Elaine Campbell on 22 May 1970, is an English model, actress, singer, and author.

2. Recruited at the age of 15, she established herself among the top three most recognizable and in-demand models of the late 1980s and the 1990s.

3. Naomi Campbell was one of six models of her generation declared "supermodels" by the fashion industry.

4. In addition to her modelling career, Campbell has embarked on other ventures, which include being credited for authoring a novel (ghostwritten by Caroline Upcher), an R&B-pop studio album, and several acting appearances in film and television, such as the modelling competition reality show The Face and its international offshoots.

6. Her personal life is widely reported, particularly her relationships with prominent men and several highly publicised convictions for assault.

8. In accordance with her mother's wishes, Campbell has never met her father, who abandoned her mother when she was four months pregnant and was unnamed on her birth certificate.

9. Naomi Campbell took on the surname Campbell from her mother's second marriage.

11. Naomi Campbell is of African-Jamaican descent, as well as of Chinese Jamaican ancestry through her paternal grandmother, who carried the family name Ming.

12. During her early years, Campbell lived in Rome, where her mother worked as a modern dancer.

13. Following their return to London, she was left in the care of relatives while her mother travelled across Europe with the dance troupe Fantastica.

14. From the age of three, Campbell attended the Barbara Speake Stage School, and at ten years old, she was accepted into the Italia Conti Academy of Theatre Arts, where she studied ballet.

15. Campbell's first public appearance came at the age of seven, in 1978, when she was featured in the music video for Bob Marley's "Is This Love".

16. At the age of twelve, she tap-danced in the music video for Culture Club's "I'll Tumble 4 Ya".

17. In 1986, while still a student of the Italia Conti Academy of Theatre Arts, Campbell was scouted by Beth Boldt, head of the Synchro model agency, while window-shopping in Covent Garden.

18. Her career quickly took off-in April, just before her sixteenth birthday, she appeared on the cover of British Elle.

19. Over the next few years, Campbell's success grew steadily: she walked the catwalk for such designers as Gianni Versace, Azzedine Alaïa, and Isaac Mizrahi, and posed for such photographers as Peter Lindbergh, Herb Ritts, and Bruce Weber.

20. By the late 1980s, Campbell, with Christy Turlington and Linda Evangelista, formed a trio known as the "Trinity", who became the most recognisable and in-demand models of their generation.

21. When faced with discrimination, Campbell received support from her friends; she later quoted Turlington and Evangelista as telling Dolce & Gabbana, "If you don't use Naomi, you don't get us."

22. In December 1987, she appeared on the cover of British Vogue, as that publication's first black cover girl since 1966.

23. In August 1988, she became the first black model to appear on the cover of French Vogue, after her friend and mentor, designer Yves St. Laurent, threatened to withdraw his advertising from the magazine if it continued to refuse to place black models on its cover.

24. The following year, she appeared on the cover of American Vogue, which marked the first time a black model graced the front of the September issue, traditionally the year's biggest and most important issue.

25. In January 1990, Campbell, who was declared "the reigning megamodel of them all" by Interview, appeared with Christy Turlington, Linda Evangelista, Cindy Crawford, and Tatjana Patitz on an iconic cover of British Vogue, shot by Peter Lindbergh. The group was subsequently cast to star in the music video for George Michael's "Freedom! '90".

26. By then, Campbell, Turlington, Evangelista, Crawford, and Claudia Schiffer formed an elite group of models declared "supermodels" by the fashion industry. With the addition of newcomer Kate Moss, they were collectively known as the "Big Six".

27. Naomi Campbell starred as Michael Jackson's love interest in the music video for "In the Closet".

28. In September 1991, she became the first black model to appear on the cover of Time magazine.

29. In April 1992, she posed with several other top models for the hundredth-anniversary cover of American Vogue, shot by Patrick Demarchelier.

30. Naomi Campbell famously fell on the catwalk in Vivienne Westwood's foot-high platform shoes, which were later displayed at the Victoria and Albert Museum in London.

31. Despite her success, however, Elite Model Management, which had represented Campbell since 1987, fired her in September, on the grounds that "no amount of money or prestige could further justify the abuse" to staff and clients.

32. In the mid-1990s, Campbell branched out into other areas of the entertainment industry.

33. Her claimed novel Swan, about a supermodel dealing with blackmail, was released in 1994 to poor reviews. It was ghostwritten by Caroline Upcher, with Campbell explaining that she "just did not have the time to sit down and write a book."

34. That same year, she released her album babywoman, which was named after designer Rifat Ozbek's nickname for Campbell. Produced by Youth and Tim Simenon, the album was commercially successful in Japan but did not receive much attention elsewhere.

35. In 1995, along with fellow models Claudia Schiffer, Christy Turlington, and Elle Macpherson, Campbell invested in a chain of restaurants called the Fashion Cafe; the venture was on the edge of bankruptcy by 1998.

36. During this time, Campbell also had small roles in Miami Rhapsody and Spike Lee's Girl 6, as well as a recurring role on the second season of New York Undercover.

37. In 1998, Time declared the end of the supermodel era. By then, Campbell had mostly retired from the catwalk, but she continued print modelling.

38. In 1999, she signed her first cosmetics contract with Cosmopolitan Cosmetics, a division of Wella, through which she launched several signature fragrances.

39. In November of that year, she posed with twelve other top models for the "Modern Muses" cover of the Millennium Issue of American Vogue, shot by Annie Leibovitz.

40. In October 2001, she appeared with rapper Sean "Puff Daddy" Combs on the cover of British Vogue, with the headline "Naomi and Puff: The Ultimate Power Duo".

41. Throughout her career, Campbell has been outspoken against the racial bias that exists in the fashion industry. In 1997, she stated, "There is prejudice. It is a problem and I can't go along any more with brushing it under the carpet. This business is about selling, and blonde and blue-eyed girls are what sells."

42. Campbell is involved with several charitable causes. She supports the Nelson Mandela Children's Fund, for which she organised a benefit Versace fashion show in 1998.

44. She appeared in a print and media campaign for the charity's fundraising initiative Fashion Targets Breast Cancer, and she opened a Breakthrough breast cancer research unit in 2009.

45. In 2005, Campbell founded the charity We Love Brazil, which aims to raise awareness and funds to fight poverty in Brazil through the sale of fabrics made by local women.

46. That same year, Campbell founded the charity Fashion for Relief, which has organised fund-raising fashion shows to benefit victims of Hurricane Katrina in 2005, the India terrorist attacks in 2009, the Haiti earthquake in 2010, and the Japan earthquake in 2011.

48. Former South African president Nelson Mandela referred to Campbell as his "honorary granddaughter". She first met Mandela in November 1994, after his party, the African National Congress, invited her to travel to South Africa to meet with their leader.

50. Dated boxer Mike Tyson in the late 1980s, followed by an on-again-off-again relationship with actor Robert De Niro in the early 1990s.