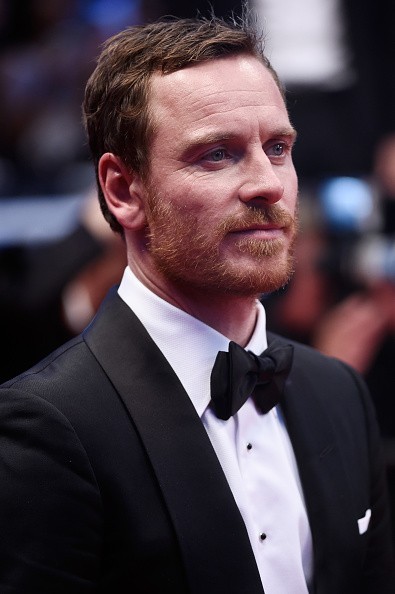 1. Michael Fassbender is a German-Irish actor and producer.

2. His first screen role was in the 2000 TV miniseries Hearts and Bones, followed by the 2001 television miniseries Band of Brothers.

3. Michael Fassbender then worked on a number of TV productions through the 2000s.

4. His notable film roles include Lt Archie Hicox in Quentin Tarantino's war film Inglourious Basterds (2009), Magneto in the superhero films X-Men: First Class (2011) and X-Men: Days of Future Past (2014), the android David in the Ridley Scott-directed science fiction movie Prometheus (2012), and slave owner Edwin Epps in 12 Years a Slave (2013), a historical drama that earned him a 2014 Academy Award nomination for Best Supporting Actor.

5. Other film credits include a Spartan warrior in the fantasy action film 300 (2007); Connor O'Reily, a man who is attracted to his girlfriend's 15-year-old daughter, in the independent drama Fish Tank (2009); Edward Fairfax Rochester in the romantic drama Jane Eyre (2011); Carl Jung in the historical film A Dangerous Method (2011); IRA volunteer Bobby Sands in the biographical film Hunger (2008), and a sex-addicted executive in the drama Shame (2011), the latter two directed by Steve McQueen.

6. For his role in Shame, he won the Volpi Cup Best Actor Award at the 68th Venice International Film Festival held in August 2011 and was nominated for a Golden Globe Award and a BAFTA.

7. Michael Fassbender has also performed as a theatre actor.

9. His mother, Adele, is from Larne, County Antrim, in Northern Ireland, and his father, Josef Fassbender, is German.

10. According to Fassbender "family lore," his mother is the great-grand-niece of Michael Collins, an Irish leader during the War of Independence.

11. When he was two years old, his parents moved to Killarney, County Kerry, in the Republic of Ireland, where they ran the West End House, a restaurant where his father worked as a chef.

12. Fassbender served as an altar boy at the church his family attended.

13. Michael Fassbender has an older sister, Catherine, who works at the University of California, Davis as a neuropsychologist.

14. Michael Fassbender and his sister spent summer holidays in Germany, and he speaks German fluently.

16. Michael Fassbender discovered he wanted to be an actor at age 17 when he was cast in a play by Donie Courtney.

18. In 1999 he dropped out of the Drama Centre and toured with the Oxford Stage Company to perform the play Three Sisters.

19. Before he found work as an actor, he had a period of doing "auditions interspersed with bartending stints, [and] postal delivery".

21. Fassbender played the character of Azazeal in both series of Hex on Sky One and starred as the main character in the music video for the song "Blind Pilots," by the British band The Cooper Temple Clause. In the video, he plays the part of a man out with friends on a stag night who slowly transforms into a goat due to wearing a cowbell necklace.

22. Michael Fassbender played Jonathan Harker in a ten-part radio serialisation of Dracula produced by BBC Northern Ireland and broadcast in the Book at Bedtime series between 24 November and 5 December 2003.

23. Michael Fassbender was also seen in early 2004 in a Guinness television commercial, The Quarrel, playing a man who swims across the ocean from Ireland to apologise personally to his brother in New York; this commercial won a gold medal at the 2005 FAB Awards.

24. During the 2006 Edinburgh Festival Fringe, Fassbender played Michael Collins in Allegiance, a play by Mary Kenny based on the meeting between Collins and Winston Churchill.

25. Michael FassbenderIn addition, he produced, directed, and starred in a stage version of Quentin Tarantino's Reservoir Dogs, along with his production company.

26. Michael Fassbender appeared in Angel (UK title: The Real Life of Angel Deverell), about the rise and fall of an eccentric young British writer (played by Romola Garai) in the early 20th century. Fassbender plays her love interest, an average painter named Esmé.

27. Michael Fassbender then made a brief appearance in Dean Cavanagh and Irvine Welsh's Wedding Belles as Barney, speaking with a Scottish accent.

28. In 2006, Fassbender played the role of Stelios, a young Spartan warrior, in 300, a fantasy action film directed by Zack Snyder. The film was a commercial success.

29. In preparation for his role as Provisional Irish Republican Army prisoner Bobby Sands in Steve McQueen's 2008 film Hunger, Fassbender underwent a crash diet that restricted him to 600 calories a day.

31. One year after his success at the Cannes Film Festival with Hunger, he appeared in two films. The first was Quentin Tarantino's Inglourious Basterds, in which he played the British officer Lieutenant Archie Hicox. The other film was Fish Tank directed by Andrea Arnold. Both films were critically acclaimed and Fassbender's work in them also well received.

32. In 2010, Fassbender appeared as Burke in Jonah Hex, a Western film. In an interview at San Diego Comic-Con International, a comic book convention, Fassbender commented of the role: "I kind of developed this character and really pushed it - I'll see how far I pushed it ... I had this idea about the character, he's kind of psychotic, he gets his kicks in perverted ways. I didn't want to make it very obvious or like something you've seen before."

35. Michael Fassbender portrayed Magneto in the superhero blockbuster X-Men: First Class, the prequel to X-Men. Set in 1962, it focuses on the friendship between Charles Xavier (played by James McAvoy) and Magneto and the origin of their groups, the X-Men and the Brotherhood of Mutants.

36. In 2011, Fassbender starred in A Dangerous Method by director David Cronenberg, playing Swiss psychiatrist and psychologist Carl Jung. The film premiered at the 2011 Venice Film Festival.

37. In 2012, he appeared as an MI6 agent in Haywire, an action-thriller directed by Steven Soderbergh, and in the science fiction film Prometheus. Reviews praised both the film's visual aesthetic design and the acting, most notably Fassbender's performance as the android David.

38. Michael Fassbender played the title role in The Counselor, a 2013 film directed by Ridley Scott, and based on the Cormac McCarthy script.

39. In 2013, he starred in 12 Years a Slave, his third collaboration with Steve McQueen. Fassbender's portrayal of Edwin Epps earned him an Academy Award nomination for Best Supporting Actor.

40. Michael Fassbender reprised the role of Magneto in X-Men: Days of Future Past (released 23 May 2014), the sequel to X-Men: First Class.

41. Michael Fassbender hifting between European and North American films, Fassbender resides in East London where he has lived since 1996.

42. Michael Fassbender still lives in the same modest flat in Hackney, East London, that he has owned since his late 20s, when he was struggling to get enough work to make ends meet.

43. Michael Fassbender speaks German, though he stated before filming Inglourious Basterds that he had needed to brush up a bit on his spoken German because it was a bit rusty.

44. He has also expressed interest in performing in a German-language film or theatre production one day.

46. In 2011 Fassbender was in a relationship with actress Zoë Kravitz, whom he met on the set of X-Men: First Class.

47. Michael Fassbender confirmed he was dating Nicole Beharie, his co-star in Shame in 2012, though by early 2013 the couple confirmed they had split.

48. In September 2013, Fassbender started dating actress and model Mădălina Diana Ghenea, but they split in early 2014.

49. In late 2014, Fassbender began dating his The Light Between Oceans co-star Alicia Vikander.

50. In January 2015, filming of Steve Jobs has started in San Francisco, US. Fassbender plays the late Apple founder and CEO Steve Jobs in this Danny Boyle-directed adaptation of Walter Isaacson's book Steve Jobs. The screenplay was written by Aaron Sorkin. Fassbender is attached after Christian Bale dropped out of the project.