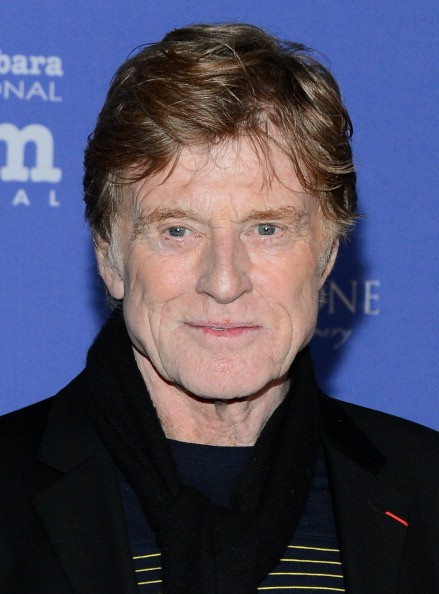 2. He has received two Academy Awards: one in 1981 for directing Ordinary People, and one for Lifetime Achievement in 2002.

4. He started his acting career in 1959 as a guest star on numerous TV programs, including The Untouchables, Perry Mason, Alfred Hitchcock Presents, and The Twilight Zone, among others.

5. He earned an Emmy nomination as Best Supporting Actor for his performance in The Voice of Charlie Pont (ABC, 1962).

6. Redford's biggest Broadway success was as the stuffy newlywed husband of Elizabeth Ashley in Neil Simon's Barefoot in the Park.

7. Inside Daisy Clover won him a Golden Globe for best new star.

8. He starred in George Roy Hill's Butch Cassidy and the Sundance Kid, which was a huge success and made him a major star.

9. In 1972, he had a critical and box office hit with Jeremiah Johnson.

10. In 1973 the biggest hit of his career, the blockbuster crime caper The Sting, for which he was also nominated for an Oscar.

11. The first film he directed, Ordinary People, was one of the most critically and publicly acclaimed films of the decade, winning four Oscars.

12. Redford starred in Sydney Pollack's Out of Africa, which was an enormous critical and box office success and won seven Oscars including Best Picture, proving to be Redford's biggest success of the decade.

13. In April 2014, Time magazine included Redford in its annual TIME 100 as one of the "Most Influential People in the World" declaring him the "Godfather of Indie Film."

15. His mother, Martha W. (Hart), was born in Texas, to Archibald Hart and Sallie Pate Green.

17. He has a stepbrother, William, from his father's remarriage.

18. Redford is of English, Irish, Scottish, and Scots-Irish ancestry.

20. He attended Van Nuys High School, where he was classmates with baseball player Don Drysdale.

21. He has described himself as having been a "bad" student, finding inspiration outside the classroom, and being interested in art and sports.

22. He hit tennis balls with Pancho Gonzales at the Los Angeles Tennis Club to warm him up.

23. After high school, he attended the University of Colorado for a year and a half, where he was a member of the Kappa Sigma Fraternity. While there, he worked at the restaurant/bar The Sink; a painting of his likeness is prominent in the bar's murals.

24. After being asked to leave the University of Colorado, he traveled in Europe, living in France, Spain, and Italy.

25. He later studied painting at the Pratt Institute in Brooklyn and took classes at the American Academy of Dramatic Arts in New York City.

26. In 1989, the National Audubon Society awarded Redford its highest honor, the Audubon Medal.

27. In 1995, he received an honorary Doctor of Humane Letters degree from Bard College.

28. He was a 2002 Lifetime Achievement Award/Honorary Oscar recipient at the 74th Academy Awards.

30. In December 2005, he received the Kennedy Center Honors for his contributions to American culture.

31. In 2008, he was awarded The Dorothy and Lillian Gish Prize, one of the richest prizes in the arts, given annually to "a man or woman who has made an outstanding contribution to the beauty of the world and to mankind's enjoyment and understanding of life."

33. Redford received an honorary Doctor of Fine Arts from Brown University at the 240th Commencement exercises on May 25, 2008. He also spoke during the ceremonies.

35. He was a 2010 recipient of the New Mexico Governor's Award for Excellence in the Arts.

36. Since founding the nonprofit Sundance Institute in Park City, in 1981, Redford has been deeply involved with independent film. Through its various workshop programs and popular film festival, Sundance has provided much-needed support for independent filmmakers.

37. In 1995, Redford signed a deal with Showtime to start a 24-hour cable television channel devoted to airing independent films. The Sundance Channel premiered on February 29, 1996.

38. Redford had long harbored ambitions to work on both sides of the camera. As early as 1969, Redford had served as the executive producer for Downhill Racer.

39. His first outing as director was 1980's Best Picture winner Ordinary People, a drama about the slow disintegration of an upper-middle class family, for which he won the Academy Award for Best Director.

40. Redford was credited with obtaining a powerful dramatic performance from Mary Tyler Moore, as well as superb work from Donald Sutherland and Timothy Hutton, who also won the Oscar for Best Supporting Actor.

41. Redford did not direct again until The Milagro Beanfield War, a well-crafted, though not commercially successful, screen version of John Nichols' acclaimed novel of the Southwest.

42. Other directorial projects have included the period drama A River Runs Through It, based on Norman Maclean's novella, and the exposé Quiz Show, about the quiz show scandal of the late 1950s.

43. In the latter film, Redford worked from a screenplay by Paul Attanasio with noted cinematographer Michael Ballhaus and a strong cast that featured Paul Scofield, John Turturro, Rob Morrow, and Ralph Fiennes. Redford handpicked Morrow for his part in the film (Morrow's only high-profile feature film role to date), because he liked his work on Northern Exposure.

44. Redford also directed Matt Damon and Will Smith in The Legend of Bagger Vance.

45. In 2010, Redford released The Conspirator, a period drama revolving around the assassination of Abraham Lincoln. Despite a subject matter of personal interest to Redford, the film received mixed reviews and proved to be a flop at the box office.

46. On September 12, 1958, in Las Vegas, Nevada, Redford married Lola Van Wagenen, who dropped out of college to marry him.

50. In May 2011, Alfred A. Knopf published Robert Redford: The Biography by Michael Feeney Callan, written over fifteen years with Redford's input, and drawn from his personal papers and diaries.