50 facts about Diana Ross: was named the "Female Entertainer of the Century" by Billboard magazine
Share Tweet Email 0 Comments
NEXT> 50 facts about Kesha: while furthering her career in studio, Kesha earned her living as a waitress
Sunday, March 29, 2020
STAY CONNECTED WITH US

50 facts about Diana Ross: was named the "Female Entertainer of the Century" by Billboard magazine 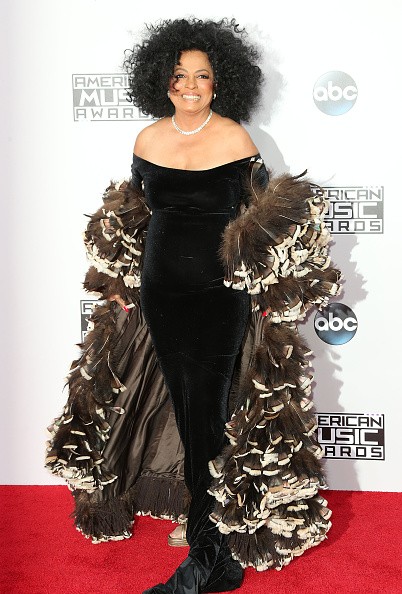 Ross is a twelve-time Grammy nominee later becoming the recipient of her only Grammy Award to date by being honored the Grammy Lifetime Achievement Award in 2012.

1. In a remarkable career spanning over 40 years, Diana Ross has proven herself the consummate music artist as well as one of the most iconic female singers of all time.

2. Begininng in the sixties, as lead singer of the world renowned singning group, The Supremes, and as a solo performer Ms. Ross achieved the unprecedented feat of twelve number one singles in the USA, rivaled only by The Beatles for the position of the biggest hit group of that generation.

3. In 1970, Ms. Ross moved to a solo career and for more than three decades has continued to produce an endless stream of chart singles and sell-out tours, at the same time showing herself to be also a high achieving business woman unafraid to take on new challenges and new directions which her remarkable career have brought to her.

4. In 2004 McNally Smith College of Music honored her by the establishment of a full four year scholarship in her name. The Diana Ross Performance Scholarship is awards each year to an outstanding student who is pursuining a Bachelor in Music.

5. Diana Ernestine Earle Ross was born and raised in Detroit.

7. The group set a record scoring twelve number-one hit singles on the Billboard Hot 100 including the hits "Where Did Our Love Go", "Baby Love", "Come See About Me", "Stop! In the Name of Love", "You Can't Hurry Love", "You Keep Me Hangin' On", "Love Child" and "Someday We'll Be Together".

8. Following her departure from the Supremes in 1970, Ross released her debut solo album, Diana Ross, which contained the hits "Reach Out and Touch (Somebody's Hand)" and the number-one hit "Ain't No Mountain High Enough".

9. She released the album Touch Me in the Morning in 1973. Its title track reached #1 becoming her second solo hit.

10. By 1975, the Mahogany soundtrack included her 3rd number-one hit "Theme from Mahogany (Do You Know Where You're Going To)".

11. In 1979, Ross released her first gold certified album The Boss.

12. After leaving Motown, Ross achieved her sixth and final number-one hit with the duet "Endless Love".

13. Ross also ventured into acting, with a Golden Globe Award and Academy Award nominated performance in Lady Sings the Blues (1972).

14. She also starred in two other feature films, Mahogany and the cult classic The Wiz; later acting included roles in the television films Out of Darkness; which she was also nominated for a Golden Globe Award and Double Platinum.

15. Beside ventures in Broadway, Ross was named the "Female Entertainer of the Century" by Billboard magazine.

16. In 1993, the Guinness Book of World Records declared Ross the most successful female music artist in history due to her success in the United States and United Kingdom for having more hits than any female artist in the charts with a career total of 70 hit singles with her work with the Supremes and as a solo artist.

17. Ross has sold more than 100 million records worldwide when her releases with the Supremes and as a solo artist are tallied.

18. In 1988, Ross was inducted to the Rock and Roll Hall of Fame as member of the Supremes alongside Florence Ballard and Mary Wilson.

20. She is a twelve-time Grammy nominee later becoming the recipient of her only Grammy Award to date by being honored the Grammy Lifetime Achievement Award in 2012.

21. She was the second eldest child of Ernestine, a schoolteacher, and Fred Ross, Sr., a former Army soldier.

22. Much has been made of whether her first name ends in an "a" or an "e". According to Ross, her mother actually named her "Diane" but a clerical error resulted in her name being recorded as "Diana" on her birth certificate.

23. Although she was sometimes listed as "Diana" during the first Supremes records, she introduced herself as "Diane" until early in the group's heyday.

25. Ross' grandfather John E. Ross, a native of Gloucester County, Virginia, was born to Washington Ross and Virginia Baytop. Virginia Baytop's mother Francis "Frankey" Baytop was a former slave who had become a midwife after the Civil War.

26. Ross and her family originally lived at Belmont Road in the North End section of Detroit, near Highland Park, MI, where she was neighbors with singer Smokey Robinson.

28. Ross also took up modeling and cosmetology classes at the school and at least participated in three or four other extracurricular activities.

29. Ross also worked at Hudson's Department Store where, it was claimed in biographies, she was the first black employee "allowed outside the kitchen".

30. For extra income, she provided hairdressing services for her neighbors.

31. Ross graduated from Cass Tech in January 1962, one semester earlier than her classmates.

32. On July 3, 2014, Ross was awarded the Ella Fitzgerald Award for "her extraordinary contribution to contemporary jazz vocals," at the Festival International de Jazz de Montréal.

33. On November 20, 2014, Ross presented for the very first time the Dick Clark Award for Excellence to Taylor Swift at the American Music Awards.

34. In January 2015, Ross will perform at Tokyo, Japan's Nippon Budokan arena, following an absence of over a decade, before returning stateside for a series of concert dates.

35. In 2015, Ross appeared in the video for the song "How To Live Alone" performed by his son Evan Ross.

36. On April 1, 2015, Ross began the first of nine performances as a part of her mini-residency, The Essential Diana Ross: Some Memories Never Fade at The Venetian Las Vegas Hotel and Casino, in Las Vegas, Nevada.

37. On July 2015, Diana announced that she will return to Las Vegas on her mini-residency show The Essential Diana Ross: Some Memories Never Fade from November 4, 2015 to November 21, 2015 at The Venetian.

38. Ross has been married twice and has five children.

40. Two months into her pregnancy with Rhonda, in January 1971, Ross married music executive Robert Ellis Silberstein, who chose to raise Rhonda as his own daughter.

44. Ross met her second husband, Norwegian billionaire shipping magnate Arne Næss, Jr. in 1985 and married him the following year. They have two sons together: Ross Arne and Evan Olav. Ross and Næss divorced in 2000.

47. Ross had success with movie-themed songs. While her version of Holiday's "Good Morning Heartache" only performed modestly well in early 1973, her recording of "Theme from Mahogany (Do You Know Where You're Going To)" gave Ross her third number-one hit, in late 1975.

48. Three years later, Ross and Michael Jackson had a modest dance hit with their recording of "Ease on Down the Road." Their second duet, actually as part of the ensemble of The Wiz, "Brand New Day," found some success overseas.

49. Ross scored a Top 10 hit in late 1980 with the theme song to the 1980 film It's My Turn. The following year, she collaborated with former Commodores singer-songwriter Lionel Richie on the theme song for the film Endless Love. The Academy Award-nominated title single became her final hit on Motown Records, and the number one record of the year.

50. Several years later, in 1988, Ross recorded the theme song to The Land Before Time. "If We Hold on Together" became an international hit, reaching number-one in Japan.