50 facts about Kesha: while furthering her career in studio, Kesha earned her living as a waitress
Share Tweet Email 0 Comments
NEXT> 50 facts about Missy Elliott: she was always the class clown
Thursday, August 13, 2020
STAY CONNECTED WITH US

50 facts about Kesha: while furthering her career in studio, Kesha earned her living as a waitress 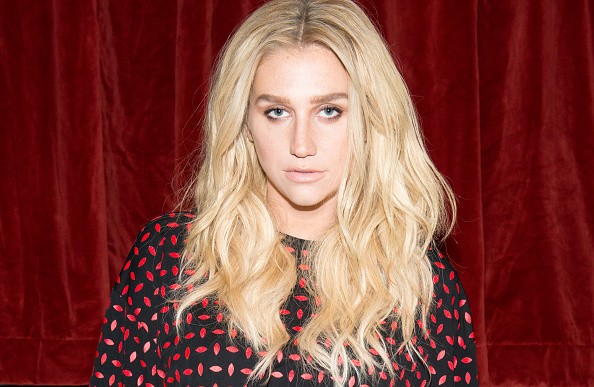 2. Her breakthrough came in early 2009 after appearing on rapper Flo Rida's number-one single, "Right Round".

3. Her debut album, Animal, and her first extended play, Cannibal, were released in 2010.

4. Kesha's music and image propelled her to immediate commercial success, with Animal debuting as the number-one album in the United States.

5. She also achieved two number-one singles, "Tik Tok" and "We R Who We R", and a string of top ten hits from the album and its re-release.

6. At the same time, she continued to write songs for other artists, including "Till the World Ends" for Britney Spears.

8. "Tik Tok" is among the best-selling digital singles in history, selling over 14 million units internationally.

9. Influenced by various genres and artists, Kesha primarily draws inspiration from music of the 1980s; Madonna, Queen, and Beck have been cited as instrumental to her artistry.

10. After experimenting with country, pop rock, and electronic music, Kesha stuck with the last.

12. Since her debut, Kesha has been nominated for over 60 awards, winning more than 13. Among these awards, she won the MTV Europe Music Award for Best New Act in 2010.

13. As of November 2013, she has reportedly sold over 35 million records (albums, tracks, and ringtones) in the United States and 57 million worldwide.

15. Her mother, Patricia Rose "Pebe" Sebert, is a singer-songwriter who co-wrote the 1978 single "Old Flames Can't Hold a Candle to You" with Hugh Moffatt for Joe Sun.

16. Pebe, a single mother, struggled financially while supporting herself, Kesha, and Kesha's older brother Lagan; they relied on welfare payments and food stamps to get by.

17. When Kesha was an infant, Pebe would often have to look after her onstage while performing.

18. Her mother is of half German and half Hungarian and part Romani descent.

20. Pebe moved the family to Nashville, Tennessee, in 1991 after securing a new publishing deal for her songwriting. Pebe frequently brought Kesha and her brothers along to recording studios and encouraged Kesha to sing when she noticed Kesha's vocal talent.

21. She played the trumpet and later the saxophone in the marching band in school, and described herself in an interview with NPR as being a diligent student.

22. In addition to taking songwriting classes,Kesha was also taught how to write songs by Pebe, and they would often write together when she returned home from high school.

23. Kesha and Pebe co-wrote the song "Stephen" together when Kesha was 16, Kesha then tracked down David Gamson, a producer that she admired, from Scritti Politti who agreed to produce the song.

24. She dropped out of school at 17, after being convinced by Dr. Luke and Max Martin to return to Los Angeles to pursue a music career, and earned her GED after.

25. Around this time, Pebe answered an ad by reality series The Simple Life, looking for an "eccentric" family to host Paris Hilton and Nicole Richie. The episode aired in 2005.

26. In 2005, at 18, Kesha was signed to Dr. Luke's label, Kemosabe Entertainment, and his music publishing company, Prescription Songs.

27. Kesha later sang background vocals for Paris Hilton's single, "Nothing in This World".

29. While furthering her career in studio, Kesha earned her living as a waitress.

30. While struggling to get by, she began stylizing her name as Ke$ha', explaining the dollar sign as an ironic gesture.

31. Kesha was named rights group Humane Society of the United States's first global ambassador for animal rights, for which she is expected to bring attention to such practices as cosmetics testing on animals and shark finning.

32. She also appeared alongside rock singer Iggy Pop in a campaign for PETA, protesting the clubbing of baby seals in Canada and later wrote on behalf of the organization to fast food chain McDonald's over the conditions of their slaughterhouses.

34. Kesha's mother Pebe Sebert confirmed that the eating disorder Kesha was suffering with is bulimia nervosa and that she had been struggling with it ever since she was signed.

35. By March 6, 2014, after spending two months in rehab, Kesha had completed her treatment. Kesha chose to use her birth name in favor of her previous moniker, using a normal "s" instead of the symbol "$".

36. In June 2014, Kesha claimed the seat as an Expert in ABC's Rising Star alongside Brad Paisley and Ludacris.

37. On August 4, 2015, Kesha signed with SESAC Inc., along with another 40,000 songwriters affiliated with the organization, including Bob Dylan and Charli XCX.

38. Kesha wrote or co-wrote every song on her first two albums and considers herself a songwriter primarily, writing for artists including Britney Spears and Miley Cyrus.

39. She possesses a three octave mezzo-soprano vocal range and with a "strong, sneering vibrato", with a distinct yodel-like quality to her voice.

40. She employs actual yodeling on the songs, "Tik Tok" and "Cannibal".

41. Both of her albums are of the genre with catchy hooks and synthesized productions often compared to pop singer Dev by music critics, creating misunderstandings among the fans of the two.

42. Her country influences of Dolly Parton and Johnny Cash come from her mother's country songwriting, while her older brother exposed her to hip-hop and punk bands, Fugazi, Dinosaur Jr. and the Beastie Boys.

44. She credits her straightforward story-based lyrics to her love for the honest storytelling style of country music, while the title track from her debut album was created with music from alternative rock bands Flaming Lips and Arcade Fire in mind.

46. For her first headlining tour, Kesha wanted to emulate the stage theatrics of Iggy Pop's performances.

47. She listed Pop's The Idiot as well as Led Zeppelin and AC/DC as inspirations for her second studio album, Warrior, intended to feature 1970s rock inspired music.

48. Warrior, to this effect, includes a collaboration with Pop himself.

49. She draws inspiration from classic films as well. Her stage makeup is characterized by dramatic glitter makeup at her right eye, inspired by A Clockwork Orange.

50. The video for "Your Love is My Drug" features animated sequences inspired by the Beatles' film, Yellow Submarine, while the Get Sleazy tour was described as having a "post-apocalyptic Mad Max vibe."