Some interesting things about BMW.

The German luxury vehicle, BMW is amongst the much-coveted brands that anyone would like to possess and surely flaunt. Founded in the year 1916, the luxury automaker, Bayerische Motoren Werke was initially known as Bayerische Flugzeugwerke or BFW and the company was primarily into airplane engine manufacturer.

2. Contrary to believes that the logo of BMW resembles a propeller logo in sync with its early engine making origin for airplanes, motorbikes and also the brakes for trains, it is actually color coordinated with the flag of Bavaria.

3. Red Baron, the legendary fighter plane pilot loved the technology of the engines that BMW built during the WWI. He even termed the engines to be the "greatest engine in WWI."

4. The four-cylinder building of the BMW's headquarters in Munich pays tribute to the legacy of the company that had four cylinders during the 1960s. It was designed by an Austrian architecture professor.

5. Back in 1919, it was a BMW powered biplane that attained the altitude of 32,000 ft, which was undoubtedly a record breaking height during that time.

6. BMW had slave labour of around 30, 000 people during the World War II as it saved them from paying wages.

8. The popular Dixi, from BMW was not designed by the company itself. Rather, it was an English Austin.

9. The high price of the BMW cars led to the company's failure during the early days and it was in 1959 that BMW was almost bankrupt. 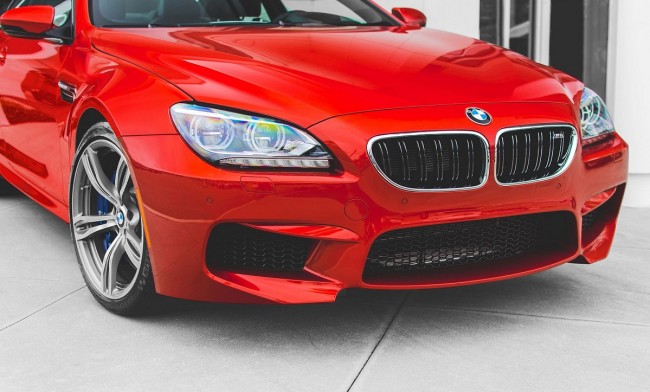 10. During the late 1950, BMW and its arch rival, Mercedes almost became a single company after Daimler-Benz, the parent company of Mercedes attempted a hostile takeover. However, the shares were bought back by the shareholders and even the mechanics of the company helped in the buyback of the shares and to prevent the merger.

11. BMW's race car M1 was supposed to be built in collaboration with Lamborghini. However, the Italian company backed out in the eleventh hour citing financial reasons. Then the supercar M1 was built by BMW and private coachbuilder Baur.

12. It was Giorgetto Giugiaro who designed BMW's M1, which is super when it comes to design and look. It is unbelievable that the same designer also created the Yugo, which was touted to be the worst car of the millennium.

13. It was during the Munich Olympics, held in the year 1972 that BMW had its first electric car making its debut.

14. The BMW Turbo was a mid-engined concept car that came along with a 280 bhp turbo engine, gull wing door an also a digital dash. However only 2 were only made.

15. The motorcycle designed by BMW had a capability of 173.7 mph and in 1973, it had the world record as the fastest motorcycle. But it was nothing short of a death trap as the rider was covered with the bodyword and getting out of it in an emergency was simply not possible.

16. The same year, 1973 also witnessed the launch of the BMS CSL. The racing model was adorned with big arches, which earned the car the nickname of "Batmobile."

17. The BMW 2002 Turbo car was superb and light in weight. But what set it apart was the reverse written "2002 Turbo," on the front spoiler, which were later removed due to complaints. 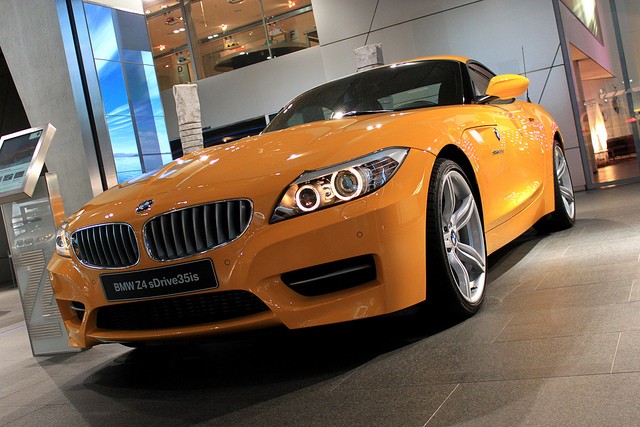 18. With the BMW classic program, you can still purchase WWII-era parts. All you have to do is place your order online.

19. To meet the demand of the classic parts, the company bought back its Munich motorcycle factory to build the new 'old parts.'

20. Along with the luxurious cars, did you now that BMW also designs the interiors for airplanes? Singapore Air's first class cabin was designed by BMW.

21. Along with first class cabin interiors, BMW has also designed the interiors for trains.

22. BMW's E23 7Series never made it to the UK market. The model that was available during the early 80s were said to have a 3.4 ltr turbo engine.

23. The BMW models, M3 and E30 were developed as the company wanted to compete in the GrpA Touring Car racing. The Evo Sport version had a 240 bhp, while the normal model has a much lesser 195 bhp.

25. A 20-year-old BMW engine led the company to win Formula One World Championship in the year 1983 and it was Nelson Piquet, who won the world driver's championship.

26. BMW cars are more like Lego sets designed for the adults to play with and to modify their car.

27. The BMW Z1 was designed for the future with its retractable doors. The name Z1 was also derived from the German term, Zukunft, which means the future.

29. Since its origin, BMW has been the torchbearers for aerodynamics. The Kamm Coupe that was launched in 1943 was much ahead of its time aerodynamically.

30. The BMW Z1 series is said to have the most amazing doors. But sadly enough, only 8000 cars of the model were made.

These are some interesting facts about the vehicle maker BMW, that is synonymous with luxury and opulence.