Interesting things that you did not know about Marlboro.

When it comes to cigarettes, Marlboro is an iconic brand. The world's best-selling cigarettes brand has retained the number one position since the year 1972, when it repositioned itself as an essential for the rugged image of men.

Since its inception, the brand has only seen an upward trending graph and in the year, 2016, the market share of Marlboro stood at 44 percent of the cigarette market in the United States. It also ranks 25th in the Forbes list of most valuable brands.

If you are someone who has been a follower of this iconic brand, here we present some interesting things that you might not know about Marlboro or its founder, Philip Morris.

Read on to find out the 30 amazing things you didn't know about Marlboro:

1. The brand Marlboro was created in the year 1924, by Philip Morris as a woman's cigarette brand. It also had the slogan, "Mild as May" in sync with its target customers, which were the ladies.

2. Much before Marlboro came into being, there was another brand, called "Marlborough" that existed during 1885, which Philip Morris & Co marketed as a brand that the ladies loved. 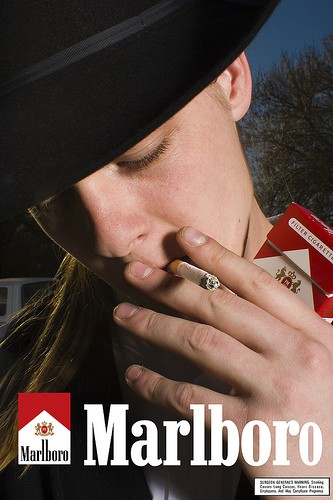 3. The name "Marlboro" was inspired from a street name in London and it was also the place where the founder, Philip Morris had his factory.

4. The red paper near the filter of the cigarette was designed to conceal lipstick stains and was called the "Beauty Tips to Keep the Paper from Your Lips."

5. The superb design of the red and white package of the Marlboro cigarette was designed by Frank Gianninoto.

6. It was much later during the year 1954 that the Marlboro man debuted and which then gave the brand the macho appeal that is associated with the brand today.

7. Ad man, Leo Burnett came up with the idea of Marlboro Man. He was inspired by an issue of a LIFE magazine featuring Texas cowboy Clarence Hailey Long.

8. A 1950s study that linked smoking to lung cancer further encouraged Philip Morris to go ahead with the repositioning as he wanted to capture the market catering to men who smoked but were concerned about lung cancer. Being a filtered cigarette it was considered safer than the unfiltered ones.

9. The repositioning of the brand Marlboro from women to men impacted the sales hugely. The sales figure stood at $5 billion, at the time when the campaign was started in 1955. But within 2 years, the sales figure reached $20 billion.

10. Marlboro saw a 300 percent increase in sales figures after it switched from being a cigarette for women to a cigarette made for the macho men.

11. With the launch of Marlboro Man, the brand also changed the packaging of the cigarette to flip-top cases.

12. The Marlboro man campaigns featured men who belonged to occupations like athletes, sea captains, war correspondents and also gunsmiths to highlight the masculinity of the brand.

13. However, when the brand had cowboys featuring in its campaigns, Marlboro gained much more popularity. However, before finalizing the campaign Philip Morris was a bit concerned featuring the cowboys but he gave a nod eventually.

14. The Academy Award nominated, movie soundtrack, "The Magnificent Seven," a Elmer Bernstein's classic was used as the background music for the Marlboro TV commercial, after Philip Morris bought the rights in the year 1963.

15. The Marlboro Man commercial initially had paid models, acting as the cowboys. But they were replaced by Oklahoma cowboy Darrell Winfield in 1968. This was due to the fact that Leo Burnett felt that that there was lack of authenticity.

17. All three Marlboro men died of lung cancer and then the Marlboro cigarettes earned the nickname "Cowboy killers."

18. When Wayne McLaren was diagnosed with lung cancer, he held his smoking habit for the disease. He became an anti-smoking campaigner but, at that time, Philip Morris denied that he had been a part of the Marlboro man ads.

19. "Death In The West" was a British documentary that focused on the cigarette industry and specifically the Marlboro Man.

20. The documentary makers were sued by the Marlboro creator, Philip Morris. However a secret settlement was made in the year 1979 and all copies of the documentary were destroyed.

21. With the increasing concern over health due to the consumption of tobacco, Marlboro Man has just become an iconic personality of the past.

22. Japan still has the Marlboro Man in use, as smoking is still associated largely with the male population of the country.

23. Taxes on cigarettes are extremely high and the year 2013 saw Philip Morris handing over about 60 percent of its revenue, amount to $48.8 billion of its $80 billion revenue as taxes.

24. Even though tobacco companies have to bear a huge burden in the form of taxes as well as several restrictions, Philip Morris has been successful in retaining its investors with great returns on their investment.

25. Philip Morris wanted to but the entire e-cigarette technology. However, the high cost made him decide otherwise. 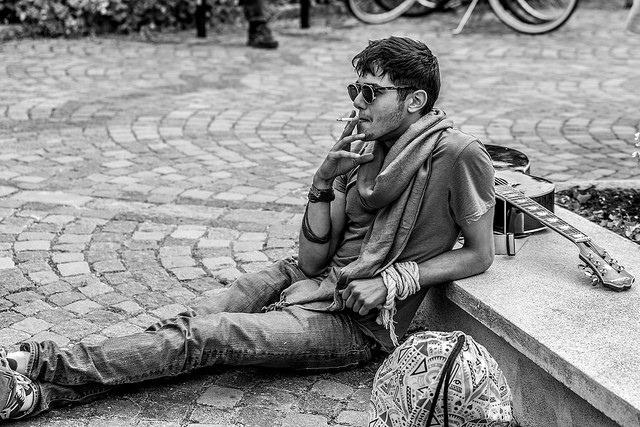 26. However, Marlboro entered the e-cigarette market with MarkTen and iQOS brands.

28. To overtake the rising popularity of the cigarette brand, Pall Mall, Philip Morris introduced the Marlboro Special Blends, which belongs to the low price category of cigarettes.

29. In the year 1972, Marlboro sponsored the Formula One team BRM, who won at the Monaco Grand Prix.

30. Frank Williams Racing Cars team was backed by Marlboro during the years 1973 and 1974. The cars of the team were registered as Iso-Marlboro.

Till date Marlboro continues sponsoring Formula One and Ferrari and is also an active support provider of motor racing. Moreover, there are six different flavors of Marlboro cigarettes that are available in the market today.