Pepsi is the second popular brand in the fizzy drink category after its rival, Coca-Cola. But, Pepsi has a huge fan following, who love the citrusy and sweeter taste of the drink that sets it apart.

Pepsi is a part of our daily life as a companion with snacks or simply as a refreshing drink. But, here we present some interesting facts about Pepsi that you probably did not know.

So, here are 30 amazing things you didn't know about Pepsi:

1. In 1893, Pepsi was introduced in the market as "Brad's Drink." It was a creation of Caleb Bradham, a drug store owner in New Bern, North Carolina.

2. "Brad's Drink" retained its name for the first five years after which it was renamed as "Pepsi-Cola" in the year 1898. The new name was derived from the ingredients of the drink, which includes pepsin (the digestive enzyme) and kola nuts along with vanilla and sugar.

3. Caleb Bradham created the drink as a fountain drink that would help people having issues with digestion or stomach ache.

4. In 1908, Pepsi-Cola introduced the first vehicle delivery medium for soda based drink. It was a huge step as the company modernized the beverage delivery method using motor vehicles from horse drawn carriages. 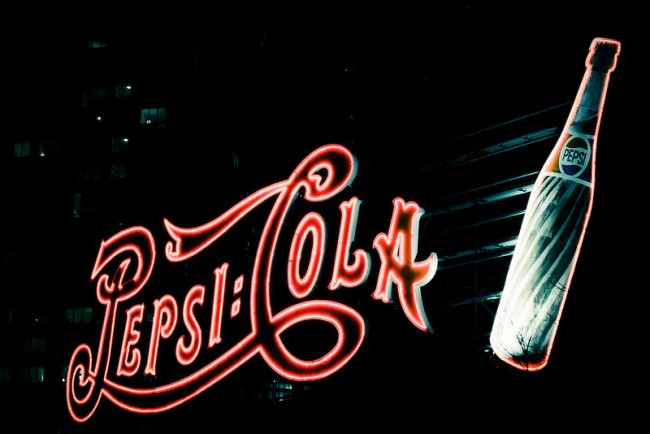 5. Pepsi was the only product that had its existence in the Soviet market at a time when Cold War was at its heights in the year 1972. It was also the first consumer product of American origin to enter the Soviet market.

6. In the year 1975, the company encouraged people to participate in the "Take the Pepsi Challenge." The challenge required people to drink Pepsi and Coca-Cola from a white cup and decide which one they preferred in terms of taste. And, the result was that most people preferred Pepsi-Cola over Coca-Cola.

7. PepsiCo that we know today is the merged company formed after Pepsi-Cola merged with Frito-Lay, which is a crisp giant, in the year 1965.

8. Between the years, 1922 and 1933, on three occasions, Pepsi-Cola offered Coca-Cola the opportunity to acquire it. However, on all occasions, the opportunities were turned down, else, today we would have had one brand and sans all the competition.

9. At New York World's Fair in the year 1939, Pepsi-Cola advertised via skywriting. It was the first time that a company advertising using this mode.

10. The company was the first to hire black sales executives. They also wanted to acquire the market of African-American families.

12. In more than 200 countries all over the world, PepsiCo products are consumed every day. It is also the largest food and beverage company in North America.

13. The year 1974 saw Pepsi topping the supermarkets in the segment of colas.

15. Outside of the United States, Pepsi has the largest research & development center in China, where scientists and PhD's are researching to make the product better and better.

16. During the Great Depression, Pepsi-Cola was on the brink of going bankrupt due to the increased price of sugar, which is an essential ingredient in the fizzy drink.

17. During the 1970s and 1980s, a predominant marketing strategy involved highlighting the fact that in the blind tasting tests, it is Pepsi-Cola that people liked more and not Coca-Cola. It was also referred to as the "Cola Wars."

18. During the 1980's PepsiCo made a huge blunder, when it wanted to translate its slogan, "Come Alive With The Pepsi Generation" to Chinese. The results were disastrous it changed the meaning completely and meant, "Pepsi brings your ancestors back from the grave."

19. It was the PepsiCo company that introduced the "pop" bottles or the two liters bottles in 1970. DuPont chemical company's Nathaniel Wyeth invested the bottle and in the year 1973, he received the patent for the product as well. Now, these bottles are something that you will find on the shelves of every supermarket.

20. In 1998, PepsiCo acquired Tropicana, a juiced company after it acquired Mountain Dew.

21. To increase its market share, PepsiCo introduced "Pepsiman" its official mascot during the mid-1990s.

22. PepsiCo brought Gatorade under its wing after its merger with the cereal giant, Quaker Oats, in the year 2001.

23. In Russia, PepsiCo announced a competition to win a car in 2002. As per the completion, customers were required to choose the right key for the car to win it. But, PepsiCo decided to sue the person, who chose the right car, stating that they had not put any key for the vehicle to make the competition difficult to win.

24. Pepsi rebranded the cola as "Pecsi" in Argentina in the year 2009. This was because the Argentine-Spanish accent made the people pronounce it "Pecsi" and not "Pepsi." This move also led to higher sales in the South American market and using its altered brand name, it also re-launched the product in Mexico in 2011.

25. Tiger & Bunny, a Japanese anime series saw the use of "Pepsi Nex" in 2011. The series was highly successful and it was in the following year that it was launched.

26. In the year 2014, PepsiCo was the largest contributor to the retail sales growth in the United States, generating $1 billion. And, it was much higher than what the next 27 food and beverage manufacturers contributed together.

27. To improve its product, Gatorade, the conducts several tests on athletes, like the "sweat tests" to understand the fluid loss while an athlete is participating in a competition at its Gatorade Sports Science Institute.

28. Unlike "Pepsi Nex," "Pepsi Perfect" that was seen in Back To The Future Part II in 2015, as well as, "Popsi" from Sabrina: The Teenage Witch or "Peppy Cola" from iCarly were not introduced by the company.

29. In 2011, PepsiCo once again started the "Cola Wars" with its advertisement showing Santa Claus and a polar bear rejecting Coca-Cola and asking for a Pepsi instead.

30. Starbucks, the hot beverage giant joined forces with PepsiCo to sell ready-to-drink coffee on a mass scale and to establish the "North American Coffee Partnership" (NACP). The first cold coffee drink that was introduced after the collaboration was the "Frappuccino."