Some interesting facts about Nescafe.

Nescafe is a brand that is synonymous with coffee for all the coffee lovers. We all love to start our day with a cup of Nescafe and if you can't start your day without your morning cuppa, here are some interesting facts that you must know about your favorite coffee brand.

So, here we present 30 amazing things that you didn't know about Nescafe.

1. In the year 1930, Nestle conceived the idea of developing instant coffee to make use of the surplus Brazilian coffee and to help the Brazilian government to preserve the surplus harvest.

2. The name "Nescafe" is derived from its parent company, "Nestle" and the word "café." Thus, the coffee from Nestle got it's named, "Nescafe."

3. The most consumed beverage is water, followed by coffee, which is the second most consumed drink. And, it is mostly consumed at the breakfast time.

4. Each bean of coffee is roasted till it reached a precise color. Then the brewing temperature is monitored so as to bring out the best flavor of Nescafe.

5. As early as April, 1938, Nescafe was introduced as a coffee brand, by Nestle in Switzerland.

6. It was much later in 1965 that Europe got its first freeze-dried version of coffee, with the name, "Nescafé Gold."

7. A television advertisement campaign, starring, Anthony Head and Sharon Maughan ran between the year, 1987 and 1993 in the United Kingdom. It was titled, Gold Blend couple.

8. The "Taster' Choice" brand of coffee from Nestle was introduced in the United States after the 1960s. Till date, it continues to be a superior branded products and it is also higher priced.

9. Nescafe faced a lawsuit in the year 2005, filed by Russell Christoff, after he found that the company used his photo for the Taster's Choice label, without his permission. His photo was used for about five years and Nestle, had to pay US$15.6 million. However, the judgment was reversed in 2009 by the California Court of Appeal.

10. Nescafe is not just a brand of coffee, is also the umbrella brand for different instant coffee products.

11. Under the brand Nescafe, Gold Blend and Blend 37 freeze-dried coffees are two products that are available in the United Kingdom.

12. To spread awareness of its coffee collection, Nescafe became the headline sponsor of Good Food Show that was held in Birmingham NEC, in the year, 2008. Led by iD Experiential, the event saw the use of 3D technology that attracted the customers to take part. Moreover, the Nescafe Collection was rated as the best by 95 percent of consumers, who visited the event.

14. Apart from coffee products, Nescafe also introduced a coffee making machine, called the "Dolce Gusto." And, using the machine, you can make a cup of coffee, as per your wish as the machine can make espresso, cappuccino, latte espresso, as well as hot chocolate can be prepared. The "Dolce Gusto" is available in more than 60 countries.

15. The "Dolce Gusto" does not use instant coffee powder. The machine uses roasted and ground coffee beans for making coffee. 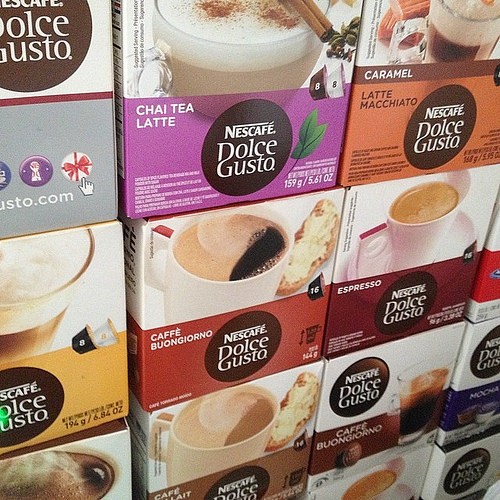 16. Nescafe, or rather, any coffee in the form of black coffee is almost calorie free with just 2-5 kcal per cup. However, you must refrain from adding sugar to your cuppa.

17. In the year, 2003, the band, Muse sued Nescafe as the brand used one of their songs in a television ad, without the band's permission. The song was titled, "Feeling Good" and the compensation that the band received was £500000, which they donated to Oxfam.

18. With the "Coffee at its brightest" campaign, Nescafe wanted to endorse the purity of its coffee. The campaign was a £43 million ad campaign and was launched in the UK, in the year 2009.

20. Nescafe Taster's Choice coffee is flash frozen. This process locks the freshness of the coffee and ensures that the original taste of coffee is retained.

22. Nescafe's initiative, "The Nescafe Plan" is a global initiative with which the company promises to educate the farmers about sustainable farming practices and continuous training for yielding the best crops.

23. Nescafe was a staple drink for the military of the United States, at the beginning of World War II. Nescafe was just introduced at that time.

24. However, it was the World War II that acted as the deterrent in popularizing Nescafe.

25. Just like wine tasting, coffee tasting is done by the coffee experts, who judge the coffee on the basis of its aroma, appearance, flavor and body. 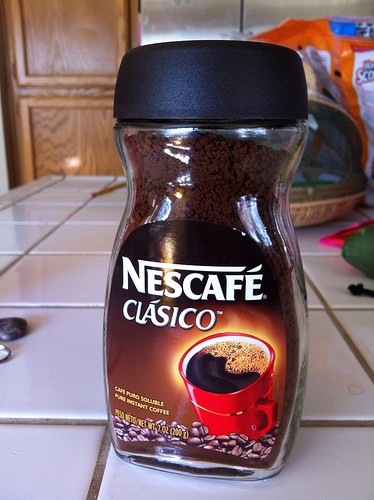 26. Nescafe started the Nescafe REDvolution, with the slogan, "It all starts with a Nescafe." The campaign was launched in the year 2014 and it included a Red Mug with the Nescafe coffee and was available throughout the world.

27. Nescafe is the first coffee to have reached the moon, after it accompanied the crew on the Apollo 11.

28. The first coffee to have scaled the Mt. Everest is Nescafe. It accompanied Edmund Hillary and Tenzing Norgay while they climbed the summit in the year 1953.

29. Nescafe joined the Oscar buzz with its infamous Oscar Selfie.

30. Nescafe on board of Solar Impulse, which is a ground-breaking project. It will have a solar powered aircraft, circumnavigate the globe.