Interesting things about your favorite, Starbucks.

When it comes to coffee, Starbucks has been a name on which one and all have pinned their preferences. Be it a steaming cup of Cappuccino or a Frappuccino topped with cream and your favorite chocolate chips.

You must be aware of all the coffee types available at Starbucks, but you probably did not know about these interesting things about the world's largest coffeehouse company, Starbucks. So, here we present 30 amazing things that you didn't know about Starbucks.

1. A writer, an English teacher and a history teacher started Starbucks way back in the year 1971 and initially, they sold coffee beans only in Seattle and not the brewed coffee that we love to have today.

2. During the initial years, to attract more customers to buy the coffee, Starbucks initially had a cheesy logo, with a topless siren. However, it was in 1987 that the logo was modified to have the hair cover up the topless siren and later in 1992, it was re-modified.

3. However, the company started gaining popularity after it started selling espresso and brewed coffee.

4. In the year, 1987, Howard Schultz, a former employee of the company bought Starbucks and since then there has been no looking back the company, in terms of expansion and growth.

5. In the same year, Howard Schultz changed the color of the logo from brown to green as he felt that green is more affirming than brown.

6. Starbucks has its presence in more than 70 countries that include Mexico, Hungary, Korea, Vietnam, Aruba, Romania, and Portugal.

8. Every year Starbucks uses 4 billion cups to serve coffee to its customers. If they were lined together, they would be 35 times longer than the Great Wall of China. 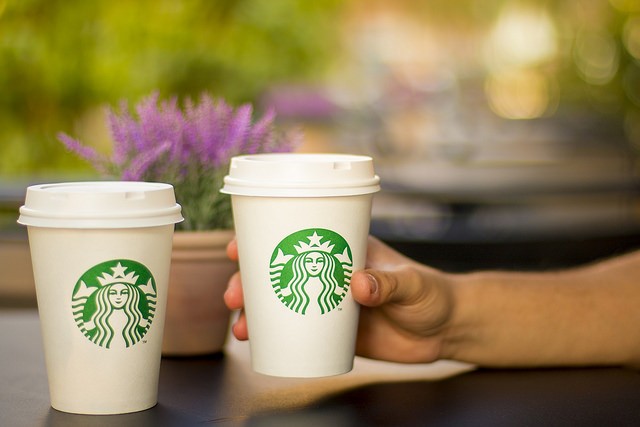 9. Another every year figure that will surely astonish you is the amount of milk that Starbucks uses to serve its customers. The coffee chain uses 100 million gallons of milk.

10. If you love your Frappuccino, there are 40 varieties that you can try out at Starbucks.

12. Spiderman actor, Andrew Garfield and rapper Tyler the Creator (who is also a producer), worked at the Starbucks before they made it big.

13. Starbucks launched its mobile application in the year 2009. And since its launch, more than million people have used the app to get their favorite coffee.

15. Every year, gift cards worth more than $925 billion are activated. Additionally, it was seen that in the year 2015, during the holiday season, a large number of Americans received the Starbucks card as a gift!

16. At Starbucks, there are 87000 probable drink combinations that you can choose from.

17. In the year 2012, Starbucks acquired La Boulange bakery chain. It was a $100 million deal and it was Starbucks way of including food along with coffee at the Starbucks.

18. If you are a fan of the Cinnamon Chip Scone, note that it has a total calorie, which equals the calorie content of McDonald's Quarter Pounder sandwich.

20. Starbucks has a 10-minute rule and this requires each store to open 10 minutes before the time and close store 10 minutes following the close time. 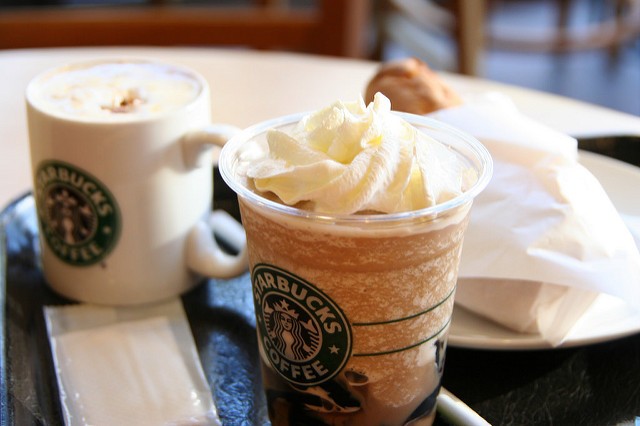 22. When it comes to employee health care, Starbucks spends more than $300 million yearly. And, health care is provided to employees, who spend 20 hours or more per week.

23. A Los Angeles suburban area, Santa Fe Springs has 560 Starbucks within a radius of only 29 miles.

24. Starbucks has a limited edition, rose gold card, which will give you a Gold-level membership status. The company sold 1000 such cards in the year 2013, even thought it is priced a whopping $450.

25. Apart from the limited edition rose gold card, Starbucks also has a 10 carat hammered gold card. It is valued at $5000 but it will give you a lifetime membership of Starbucks for free. This card was launched in 2014.

26. Pumpkin spice latte is extremely popular amongst the customer of Starbucks and apart from having its own Twitter account, it also has 108000 followers!

27. You may not know that there is a secret cup size, which is an 8-ounce cup. It is called "short" or the kid's size and you will not find it on the menu.

30. There are several Starbucks out there, which are disguised, meaning that the cafes are under different names and also designed to look different from a Starbucks. The reason is that these outlets are used to test new ideas. One such example is a coffee shop in Seattle and also one in NYC, however, there are a lot more scattered across the country.

These are just a few amazing things about your favorite Starbucks. There are a lot of more exciting things about this coffeehouse chain, which has changed the definition of coffee from just coffee to a Starbucks coffee.