30 Amazing Things You Didn't Know About H&M
Share Tweet Email 0 Comments
NEXT> Best 5 iphone 7plus case zisure to Must Have from Amazon (Review)
Sunday, July 05, 2020
STAY CONNECTED WITH US

H&M is ranked amongst the most popular brand for clothing as well as other stuff like accessories, bags, footwear and almost everything!

This Swedish multinational clothing retail company is known for their trendsetting style and is rightly the second largest cloth retailer in the world. We all love H&M and everything that they sell is must have for all the style conscious people out there. Apart from their drool-worthy collection, H&M has a lot of interesting stuff that all the fans of the brand must know.

So, here we present 30 amazing things that you didn't know about H&M.

1. Erling Persson founded the company in the year 1947 as a women's only apparel company and named it Hennes, which is the Swedish term for "her."

2. In the year 1968, Mauritz Widforss, which dealt with men's apparel, was acquired by Persson. And it was after this merger that the name was changed to Hennes & Mauritz (H&M) and menswear became a part of the clothing line.

3. The men's collection at H&M has its foundation in apparels for hunting and fishing as this is what Mauritz Widforss specialized in.

4. Along with the apparel collection for both men and women, which is their most popular segment, H&M also offers home goods, meaning, stuff for your bedroom, living room, bathroom or kitchen that you can choose for your home.

5. H&M roots for organic cotton and as compared to any other brand, they use the highest amount of organic material, which is not only skin friendly but also environment-friendly.

6. H&M has its presence in 62 countries through its 4500 stores, which also includes the brands associated with it.

7. The board of directors at H&M comprises of 12 members, of which 7 are women.

8. If you want the newest stuff, visit the H&M store on a Monday or a Thursday. This is because, on these days, the stores receive their new batch of shipments and you can grab the newest stuff.

9. The year 2004 saw H&M housing a high-class collection from renowned designer, Karl Lagerfeld. It was within hours that the entire stock was sold out. The following year, H&M collaborated with Stella McCartney.

10. In 2006 the collaboration was with Viktor & Rolf, a Dutch designer duo. And in the year 2007, it was Roberto Cavalli, the Italian designer with whom H&M collaborated.

11. In the year 2009, in partnership with Jimmy Choo, H&M released a collection of shoes and bags. A clothing line designed by Choo was also launched but it was available in some select stores only.

12. 2011 saw the alliance of H&M with Versace and a Spring collaboration was also planned for online sales.

13. H&M has collaborated with pop star Madonna for an exclusive line in the year 2007. The same year the company also joined hands with Kylie Minogue to launch a design in Shanghai, China.

15. If you prefer online shopping, you can do so at H&M's website. And, it is on Thursdays that they replenish their stock and update their merchandise. So the best day to shop online at H&M will be a Thursday morning.

16. H&M offers fabulous discounts to their new customers, choosing to purchase online. So, in case you are a new customer on the H&M website, you can look forward to bag around 30 percent off on your entire purchase! 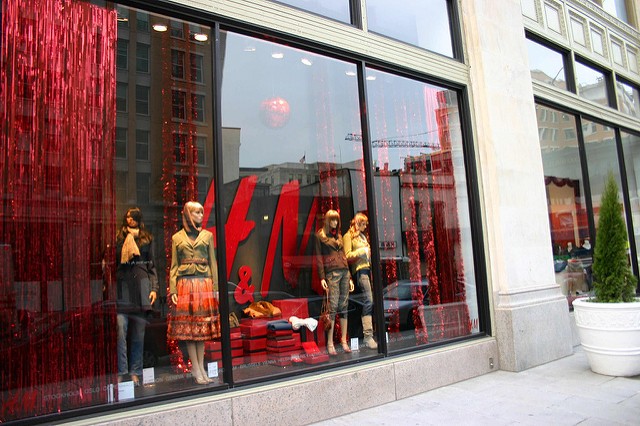 17. If you bought something online on the H&M website and wish to return it, you can do so at any store in New York City.

18. In 2010, a report came to light which suggested that a store in New York shredded the unsold or refunded clothes to avoid resale or reuse.

19. H&M has been embroiled in a controversy in the year 2013 when faux-leather headdresses from all its stores in Canada were withdrawn. This is was due to complains that the collections were offensive to the Aboriginal peoples.

20. A 2017 report suggested that H&M employed children in its factory in Myanmar and the workers were paid only half the legally set minimum wage.

22. Also, H&M also accepts a return of any used clothing, which is then categorized on the basis if its reusability. If it is in a wearable condition, it is sold to second-hand retailers, damaged clothes are sent for other uses like for stuffing car seats or dismantled to create something new.

23. Every store of H&M has a rack, which comprises of all stuff that is on sale. And, this rack is there all year round. So, if you want to get some discounted H&M stuff, look for this rack.

24. Most of the designer stuff available at H&M sells out very quickly. But, if it is not, the price is lowered. So, you can grab some of the high-end designer stuff at a much lower cost.

26. The Swedish Olympics and Paralympics teams were sponsored by H&M in 2014 and this includes both the summer and winter editions held in Rio de Janerio and Sochi respectively. 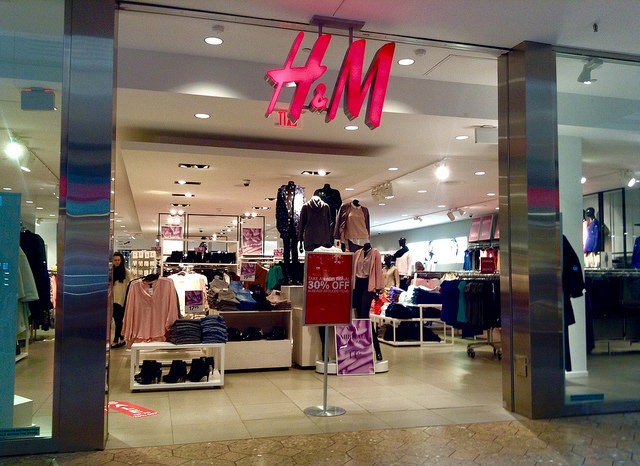 27. The year 2017 saw H&M launching "Arket," which was a completely new concept. This new brand was initially marketed to be a mystery label and details were only revealed in late March, this year.

28. Apart from Hollywood celebrities who love to sport H&M, it is also a favorite brand of the Royals. Kate Middleton, as well as the crown prince of Sweden, has been spotted several times wearing an H&M.

29. All the employees of H&M, work on the shop floor for a couple of days. This also includes Karl-Johan Persson, the grandson of the founder Erling Persson and who is helming H&M.

30. A special dance is organized by the staff before the launch of each store. And, it is performed just before the ribbon is cut and in front of the media and the waiting customers.