30 Amazing Things You Didn't Know About Audi
Share Tweet Email 0 Comments
NEXT> Most Popular qmadix iphone 7 plus on Amazon to Buy (Review 2017)
Sunday, January 24, 2021
STAY CONNECTED WITH US

When it comes to a dream car, how many of you would like to own an Audi? It is a pretty sure that there are many of us, who would love to own an Audi, maybe in a stunning red or a splendid black color.

From a German automobile manufacturer, the luxurious Audi is known its superb design and is amongst the best-selling automobile brands in the world. The brand has some interesting things, which you probably did not know. So, here we bring forth 30 amazing things that you didn't know about Audi:

1. August Horch, the founder of Audi first choose the name, Horch Automobile Work for his company, which he later had to rename due to copyright infringement, with a company that he was working for, prior to forming his own company.

2. The company got the name, Audi, as the founder wanted to use the word "Horch." In German, the term means listen, so, he choose the Latin form of the word, which is "Audi" and thus the company got its name, which pronounces luxury and class in today's world.

3. The four rings in the logo are often mistaken to be the symbol of Olympics. However, in reality, the four rings signify the collaboration of four auto companies, namely, Audi with DKW, Horch, and Wanderer that led to the formation of the Auto Union.

5. Daimler-Benz's Volkswagen acquired the auto union in the year 1960 and it was also the turning point for Audi.

6. It was after the acquisition by Volkswagen that Audi started focusing on research and the brand was rebranded as the one that we know today.

7. Due to the great similarity that the logo has with that of Olympics' logo that the company was sued by the Olympics committee on charges of trademark infringement. However, the committee lost the case.

8. Audi was the first German automaker to introduce the left-hand drive, in the year 1921, with the launch of the Type K. It gained immense popularity and the car became a trendsetter.

9. The World War II caused great havoc to the auto manufacturing plants as they were converted to hardware production facility for the military. This led the facilities to become the target of the Russians.

10. Back in 1938, Audi performed the first crash test for their cars. And, Audi is the first company to perform the crash test, which has become a standard procedure for all car companies today.

11. Audi's RS Model was developed in collaboration with Porsche. And, the model's brakes, grille, and the tailgate bear the logo of Porsche.

12. The largest car that Audi had developed was the Audi 100 and three versions of the car were available. It includes the Audi 100 four-door sedan or saloon, the two-door saloon and the 100 Coupé S. 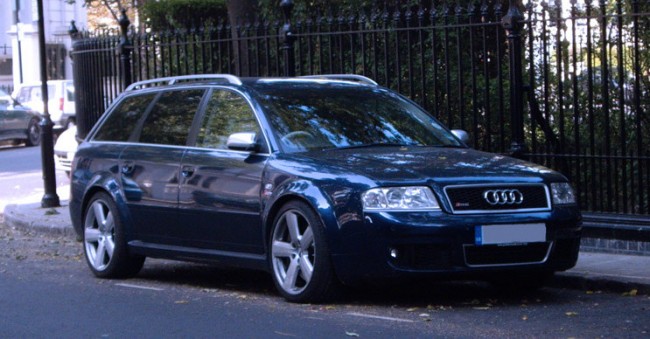 15. Audi made its mark in motor racing and achieved success in the World Rally Championship too.

16. It was after an accident in the year 1986 that Audi quit international rally racing. The accident led to the death of 3 spectators as Joaquim Santos, who was driving the car drove into the crowd while avoiding some more on the road.

17. In the year 1989, Audi the first hybrid car, the Audi Duo. In 1997, the company was also the first European company to sell a hybrid car. However, the numbers were very small.

19. Audi debuted at the American Le Mans Series in the year 2000, under the name, Audi Sports North America.

20. In 2010, Audi was a part of Pikes Peak Hillclimb. The Audi TT S was seen climbing a hill with no driver steering the wheel as it was a computer controlled car.

21. Audi forayed into Corporate sound concept with the Audi Sound Studio, and some of the components include the Brand Voice and the Brand Music Pool.

22. In 1996, Audi began the trademarking process for a beating heart sound, which was used in an Audi A8 commercial in the year, 2010.

23. In 2015, Audi was embroiled in a scandal about emissions testing. It was immediate that the company changed its slogan from "Truth in Engineering" to "It's not that easy being green."

24. In the history of Audi, the company's model, RS3 sedan wore the RennSport (RS) badge. 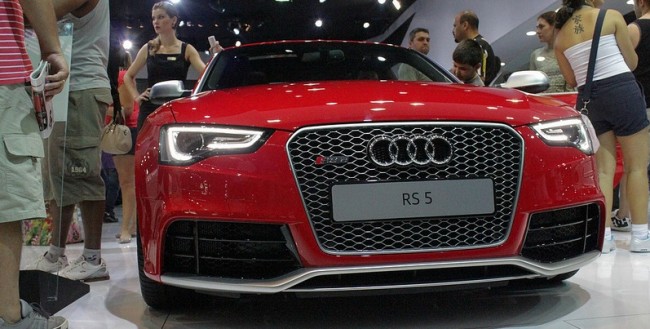 25. In the year 1980, Audi introduced the Quattro system, which also gives the company its competitive edge over the others.

26. Audi's RS3 has been available for in the European market since 2011, but it was in late 2015 that the model marked its entry in the Australian market.

28. Even the Audi R8 model uses aluminium and carbon fibre materials, which helps in keeping the weight of the car on the lower side.

29. Synthetic diesel is produced from ingredients like water and carbon dioxide and Audi has assisted in developing the technology for the production of this technology.

30. Japanese company, Sanyo and Audi has joined hands for the development of hybrid and electric cars.

Well, these are just some interesting facts about Audi, but we are sure that there is a lot more interesting stuff hidden in the history of Audi.